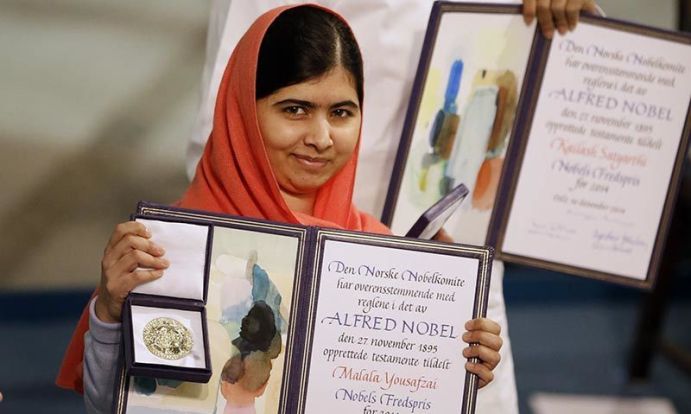 This past week, 20-year-old Malala Yousafzai made an emotional return to Pakistan. Her four-day visit included meetings with friends, family, and senior officials, including Pakistan’s prime minister.

Many Pakistanis applauded Yousafzai’s return. Some, however, did not. While she may have received a hero’s welcome, Malala is no national hero in Pakistan.

A small but vocal minority, most of them members of a growing conservative middle class, resent her. They label her as a fraud, traitor, sell-out, or American stooge.

They say that there’s nothing special about her, that many Pakistani children suffer worse fates; that she’s abandoned her nation for fame in the West. Some claim the attack on her was staged by the CIA.

This is a story about an ordinary teenager who survives an unthinkable tragedy, uses that tragedy as inspiration to become a prominent advocate, and ends up in the crosshairs of a hate campaign led by conservative compatriots.

A similar story is playing out now in the United States.

This campaign has elevated them to prominence and provoked a small constituency of conservative, conspiratorial, gun-loving Americans.

These haters say the grieving victims attract attention they don’t deserve, come off as sanctimonious and self-righteous, are frauds, and are “being funded” and “given scripts.”

The gun massacre survivors are branded as Nazis, targeted in doctored photo campaigns, and even mocked for college rejection letters.

Admittedly, the analogy is imperfect. Malala suffered a more serious physical injury than did most of the Parkland survivors.

Malala is an overseas-based global activist focused on the transnational issue of education, while the Parkland survivors centre their advocacy around the US domestic issue of gun control.

Malala’s advocacy is couched in the language of hope; the Parkland activists are often emotional, angry, and overtly political.

Additionally, while Pakistanis and Americans use the same tactic—character assassination—against their objects of scorn, their respective motivations are different.

For Pakistanis, Malala represents something unusual: A successful case of upward mobility. In a nation of entrenched inequality, where 40 per cent of Pakistani children in the lowest economic quantile are expected to remain there for life, Malala’s rapid transformation from schoolteacher’s daughter to embodiment of the global elite is literally unbelievable—especially for the millions of middle-class Pakistanis who know they’ll never reach such dizzying heights.

As I wrote in an essay last year, this disorienting reality provokes admiration from some—but jealously, skepticism, suspicion, and hostility from others.

While Pakistanis feel confused, Americans feel threatened. These impassioned, articulate students—who have galvanised many Americans, including elected officials—make them worry about real threats to their cherished gun culture. So, they lash out.

Nonetheless, the same basic dynamic is at play with Malala and the Parkland survivors: Young people suffering unthinkable tragedies and then being subjected to vicious hate campaigns—simply for the sin of being well-known advocates.

There are lessons here. One is the power of conspiracy theories. They convince people that despite overwhelming evidence to the contrary, children weren’t really nearly gunned down and aren’t really innocent advocates for a cause.

In Pakistan, conspiracy theories have long been ubiquitous, thanks to a troubled education system, extremist sentiment, and the state’s tendency to blame domestic problems on foreign forces.

In America, only more recently have conspiracy theories gained such widespread prominence. Formerly fringe figures like Alex Jones and Erick Erickson have become highly influential, thanks in part to social media. Even President Trump has supported conspiracy theories. In effect, fringe has gone mainstream.

The other lesson is about civility. Restraint is dead in public discourse. No one—including young people targeted by militants and school shooters—is off limits from hate campaigns.

Tragedy is not a sacrosanct shield that confers immunity from abuse—especially when, in Pakistan, America, and beyond, people are harassed or worse simply because of their religion, ethnicity, or political views. Social media, which gives haters the luxuries of anonymity and distance, compounds this incivility.

In a video message to protestors at the March for Our Lives rally on March 24, Malala explained what she and the Parkland survivors share in common: They experienced violence and injustice, and they decided to speak out.

Sadly, something else they share in common is the hate to which they have been subjected for daring to speak out.