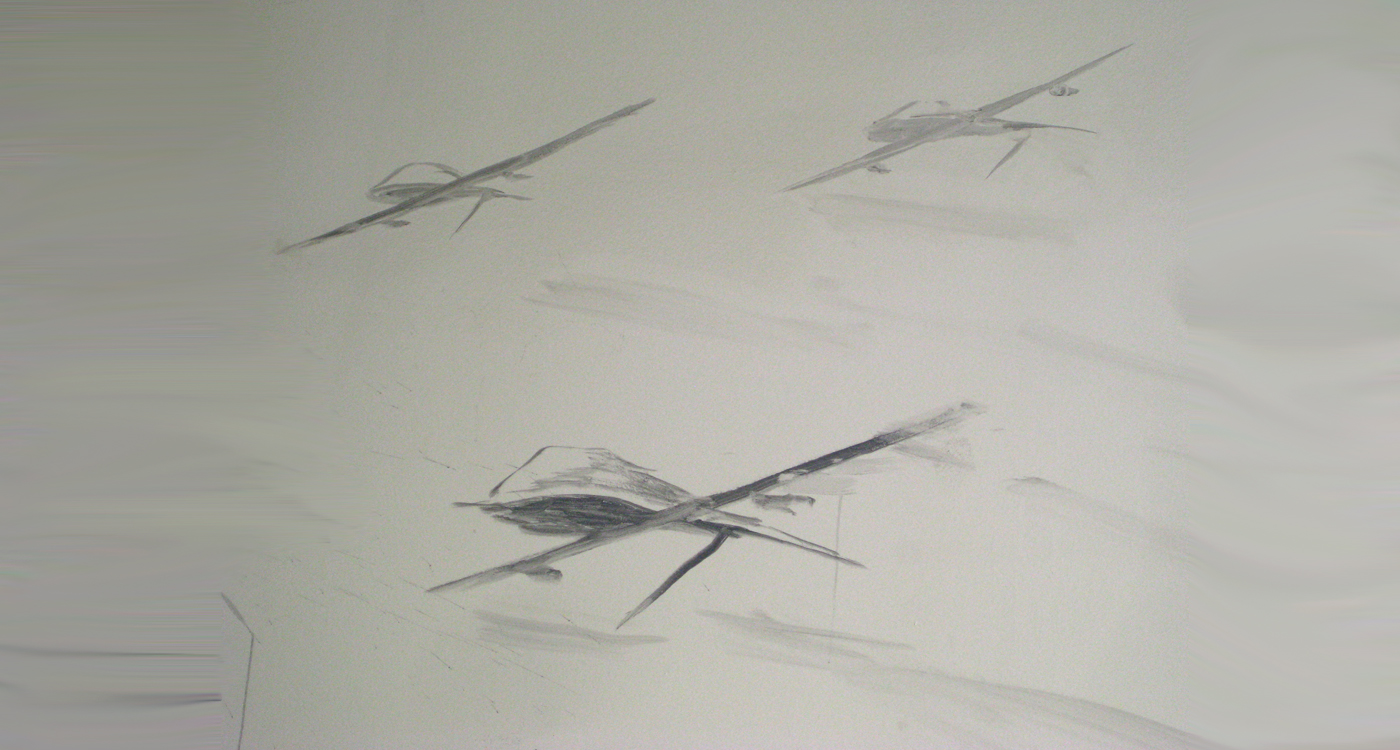 The British campaigner Jemima Khan has lately become vocal in her quest to put an end to US predator drone strikes against terrorist targets in Pakistan’s volatile tribal belt. In a recent television appearance, she claimed that “not only are they (drones) not targeting militants…but worse, they are creating militants because for every innocent person that’s killed in the tribal area, you have another militant who’s inspired to fight and get revenge”.

On face value, you’d be hard pressed to find many people who would disagree with her. As of November 2011, according to the New America Foundation, the US had carried out a maximum of 283 attacks in Pakistan’s tribal areas and killed a maximum of 2,680, with 38 being the number of confirmed militant leader deaths.

The decimating of a few dozen well-known militants hardly tallies up to the overall percentage of unwitting and innocent people killed by “collateral damage” – a phrase which has been prevalently used as a euphemism for the civilian casualties that result from military action.

But for all her anti-drone animosity, you’d think that as someone who lived in third world Pakistan for five years, she’d have greater familiarity with that country’s political reality when it comes to the undercurrents that led to the drone war’s introduction and continuation.

Critics of the drone program tend to fixate on its operational failures and putative illegality, instead of making a conscious effort to single out the biggest culprits for the whole saga: successive Pakistani governments and military leaders.

The ruling regimes in Pakistan have not only failed to bring a semblance of order to the barren and backward lands they designate as federally administered tribal areas (FATA), but are, at the highest echelons of both institutions, tacitly complicit in allowing the drone strikes to take place.

To reconcile with their presence, one has to look at why the drones were introduced in the first place.

In 2004, well before the Drone War had become cause celebre, the Pakistan Armed Forces were involved in a bloody mountainous battle in these tribal areas with combined Al Qaeda and Taliban fighters. Following the U.S. invasion of Afghanistan, Taliban fighters were utilizing the relative safe haven of these inhospitable lands as a sanctuary to train and launch attacks on allied forces.

Almost as soon as the clashes began, the Pakistani establishment made it known that it would not seek direct entrance into these tribal strongholds. The Unites States, roaring with fire in its pursuit of destroying all Al-Qaeda and Taliban sanctuaries, soon became frustrated.

The Pakistani logic was clear. It did not want to disturb the fragile peace on its western border with Afghanistan, which would result in a spill over of terrorists and refugees into its towns and cities, and disrupt an already delicate and precarious national equilibrium.

As a result of the Pakistani designation of Waziristan, the name given to these semi-autonomous tribal areas, as a virtual ‘no-go area’, the US embarked on a remote and risk free, for US forces at least, campaign to ostensibly do what the Pakistanis were refusing to do: go into sovereign Pakistani territory and kill or capture the perpetrators and instigators of mass terrorism.

Unfortunately for the Pakistanis, their hedged decision to confront the militants with half-hearted, tit-for-tat clashes not only culminated into the formation of a Pakistani version of the Taliban, but contributed to a deadly and retaliatory terrorism spree that ripped through every major city in the country.

Bazaars, churches, mosques, schools, hotels, security installations and political and military personnel were all targeted. As of October 2011, Pakistani casualties were estimated at 5,067 killed and 13,335 injured as a result of terrorist attacks that are largely believed to emanate from individuals or groups with links to Waziristan.

Meanwhile, unlike the Pakistani security forces, the deployment in 2004 of the unmanned predator drone program was able to decimate top terror leaders that were responsible for much of the cocktail of death and destruction. This included the once feared Baitullah Mehsud, the man suspected of being behind Benazir Bhutto’s assassination, as well as a string of attacks that had killed or maimed several other Pakistani civilians.

For all of their talk of being the frontline state against global terrorism, it was US drones that appeared to be saving the nuclear-capable Pakistani army from the initial job of having to invade these tribal areas. The drone campaign also allowed the yielding political establishment to scapegoat the all powerful U.S. as a unilateral actor in the attacks, and thus escape domestic wrath over the hundreds of innocents killed.

The reality is that the Pakistani regime is passively complicit in the drone attacks. If the Pakistani authorities decided that the best recourse to fighting the suspected terrorists in Waziristan was inaction, they coupled this with a plan to allow the U.S. to do the job for them.

This is where the likes of Ms. Khan and her anti-drone campaigns come in. Instead creating uproar about official, albeit secret complicity of the Pakistani authorities, they venture down a road almost solely concerned with the illegalities of drone attacks that bring the lives of poor and innocent Pakistanis to a violent end.

This path, well intentioned as it is, will do nothing to dissuade pro-drone advocates who argue that the need for the strikes must be analyzed along with the successes the drones are having, the necessity to resort to them considering the nature of this new theatre of war, and the reasons for Pakistani stagnation in the fight to eliminate terrorists on their own soil.

If we look at the moral argument, the one that is being espoused by the likes of Jemima Khan and British Lawyer Clive Anderson, it is simply that nothing justifies the death of innocent people. The hot pursuit of combatants, the major US justification for targeting terrorists in the tribal areas, is something which does not apply in sovereign Pakistan, and is therefore illegal.

The problem, when analyzing the legality or illegality of the drone attacks, is that the war on the terrorists inside Pakistan is peculiar and extra-legal by its very nature.

The United Nations charter on the use-of-force applies only to an international war, that is wars between states, not internal wars as in the case with Pakistan’s tribal areas which don’t require UN Security Council authorization to take place. In an internal war, it’s the states sovereign right to counter miscreants – without UN authorization. The assisting of such a state, which seems to be the case with the USA and Pakistan, changes the equation so long as the host state (Pakistan) gives its consent.

The murky world of Pakistani politics means that the issue of drone attacks and the extent of complicity or approval remain unclear. There’s good reason to believe that the indignant cries of foul and crocodile tears of Pakistan’s government are an elaborate cover-up to avoid a domestic backlash over the regime’s secret cooperation with the U.S. military. The fact that the drones have been operating from bases inside Pakistan† does nothing to remove these suspicions. Neither does the fact that the Pakistani military, which is more than capable of shooting them down, seem to have little desire to do so.

Going back to the anti-drone kerfuffle, the laws of war still bind both Pakistan and the USA to a code of conduct. The principles of distinction, necessity and, proportionality all play into this. In effect, it is to say that the drones must only target combatants, be used only after the exhaustion of less lethal alternatives, and seek a goal proportionate to the destruction or damage it expects to cause.

If one looks at the figures, it is clear that the preponderance of those killed, even if not targeted directly, are non-combatant civilians. Civilian casualties are essentially an inherent vice to drone strikes, successful or otherwise. If it can be shown that the military objective is justified, and that despite the inevitable likelihood of non-combatant deaths, all efforts are being made to avoid them, then the inevitable killing of civilians can continued to be filed under the classic Pentagon newspeak of “collateral damage”.

The problem therefore, should simply be one of accountability.

Instead of anti-drone campaigners attempting to pioneer arguments to buttress their reasoned convictions about the accuracies, illegalities and inception of the drones, they should direct their energies towards unmasking the culprits in Islamabad who allow the foul play to be perpetuated. This would be a long step on the road to nullifying any secret cooperation that kills or maims innocent civilians.

The tempestuous political environment in Pakistan does not help. Even if on the off chance the U.S. was acting unilaterally, although highly unlikely, the fact that the Pakistanis have repeatedly failed to control their own borders, makes them susceptible to being rendered with the likes of drone attacks.

The era of hesitating to carry out required military action on the premise that it might cause a political storm at home, both on the streets or within the institutions, is long gone.

They need to take the brave and bold decision, like any democratic state would, to have the monopoly of violence in the country which their ancestors fought with blood and tears to create.

Only with these combined efforts are we likely to see the era of unmanned predator drones roaming freely in the skies of Pakistan in wait for their next prey, finally come to an end. ■

how to get rid of cellulite naturally

* Mohammad I. Aslam is an Editor at the Montreal Review Journal and a Ph.D candidate in Political Science at the Department of Middle-East & Mediterranean Studies, King’s College London.