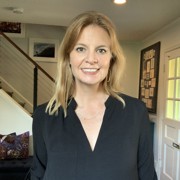 The U.S. Air Force has more than 230 cargo planes, tankers, and other aircraft now committed to the massive airlift underway in Kabul and evacuation flights are expected to “increase significantly” in the coming hours, as the U.S. races to get people out before Aug. 31, according to a defense official.

“It’s going to build, to increase significantly,” the official told Defense One on the condition they not be named. “You are going to see a significant uptick in the number of transport aircraft going in there and the volume and pace at which they are moving.”

On Monday, the Taliban announced that they consider Aug. 31 a “red line” for when U.S, forces must depart, even as President Joe Biden said Sunday he is considering extending that deadline.

Air Mobility Command has called up aircraft and crews across its platforms, including C-130 Hercules, C-5 Galaxy and C-17 Globemaster III cargo aircraft. The C-17s and C-130s are flying into Kabul, while C-5s are bringing supplies elsewhere in the theater. KC-46 tankers are refueling aircraft along the U.S. Atlantic seaboard. Some KC-10 and KC-135 tankers are not refueling the airlifters, but have been reconfigured to haul people themselves, by installing seat pallets.

On Sunday, Defense Secretary Lloyd Austin ordered the activation of the Civil Reserve Air Fleet, adding at least 18 aircraft from American Airlines, Delta Air Lines, United Airlines, Omni Air, Atlas Air, Hawaiian Airlines and Southwest Airlines to bring  evacuees from staging bases in the Middle East and Europe, and on to bases inside the United States.

To date, Air Force planes have airlifted more than 30,000 people from the airport, which is being secured by Marines and soldiers from the 10th Mountain Division and 82nd Airborne Division. An estimated 20,000 are now on the airport grounds trying to board both U.S. military and commercial aircraft.Thousands more Afghans and U.S. personnel are still elsewhere in Taliban-controlled Afghanistan.

The airlift operation is already one of the largest in Air Force history. The largest operation to date remains the airlift of personnel during the evacuation of Saigon. The U.S. airlifted 50,490 evacuees to safety and airlifted 31,000 Vietnamese who escaped by boat to the Philippines. U.S. aircraft took those refugees to Guam, according to the Air Force historical records.