Transitioning ties from Trump to Biden 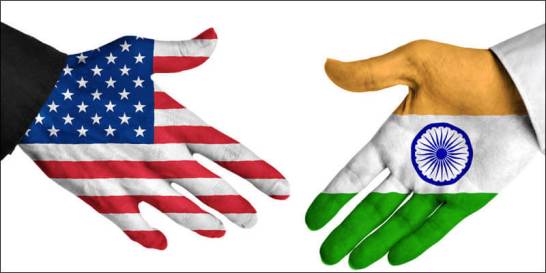 After Prime Minister Narendra Modi tweeted about his telephone conversation with US President-elect Joe Biden, at least some tongues have stopped wagging. Yet, the fact remains that India was not among the two batches of America’s friends and allies that Biden called first in Europe and then in Asia. The second list comprised South Korea, Japan and Australia, the last two along with the US forming the Quad combine that is seemingly centred on India and certainly focused on the Indian Ocean and Washington’s Indo-Pacific coinage.

Between Biden’s tenure as President Barack Obama’s VP and his election this month, bilateral ties have firmed up even more than where the duo had left it four years earlier. This is more so in the strategic sphere, where India is now being seen as a non-NATO ally of the US more than anyone else. The post-Cold War geo-politics and geo-strategy coupled with the US losing out to China in bilateral and geo-economic trade exchanges (alone) has ensured that Washington came the  Indian way, even if meant dumping long-term ‘ally’ Pakistan.

That is to say, the India ties are (also) a transactional relationship as far as Washington is concerned and not an emotional relationship, as some in New Delhi and its strategic community are nostalgic about the erstwhile Soviet Union.

‘Bhai, bhai’ relationship: As the Modi leadership quickly adjusted to the reality of Obama’s exit and Donald Trump’s entry in place, the ‘India-Amrika bhai, bhai’ kind of ties continued, even more strongly. None of India’s bilateral relations with any country comes close to the Modi-Trump competitive showmanship and public display of affection as seen in their joint rallies in Texas (‘Howdy Modi!’) and Ahmedabad (‘Namaste Trump!).

It remains to be seen if Biden will want to do something of the kind, not that he may want to remember Modi’s near-endorsement of Trump during the long run-up to the polls. It is even unclear as yet if he would be comfortable with a ‘Dear Barack’ kind of personal relationship, or would prefer it all to be formal and normal. Obama wanted India in Indo-Pacific and the Quad. And then there was the Boeing order by India ahead of his re-election campaign. He got them all.

To put it succinctly, it’s a ‘two-three relationship’ between the two nations when it comes to broad issues in question. For India, geo-strategic support against China and geo-political backing against Pakistan matter. India is also keen about issues like the H1-B visa, which is about constituency interests and a ‘feel-good’ factor in terms of access to the White House. Trump did not yield on H1-B and came down heavily on trade, as much viz China, yet made Modi’s India feel good about the US after Beijing’s border incursions in 2020—more than even Doklam 2017.

But there is the third element. Over the decades, American administrations are touchy about democracy and civil rights issues, as long as they do not relate to the US (‘Black Lives Matter’) and Armed Forces (Afghanistan, Iraq). Even a friendly Trump could not stop agencies of his administration from passing strictures against Modi’s India on issues like lynching and the CAA to Article 370—though he ignored it all. In a statement on his conversation with Modi, Biden’s transition team mentioned ‘strengthening democracy at home and abroad’ as among the issues flagged.

Increasing frustration: There is another issue that India seems to want to have on the table. The way New Delhi has been pressing it in recent weeks, it may expect a favourable response and positive, quantifiable action from Biden’s US. On the day Modi and Biden spoke on the phone, the PM reiterated the point he made at the virtual BRICS Summit about India’s increasing frustration at the UN process, especially the much-promised and eternally delayed reforms starting with the Security Council.

India’s Permanent Representative, T S Tirumurti, mentioned it more forcefully at the UN General Assembly itself. In turn, both were a take-off from Modi’s UNGA address only weeks earlier. Through all this, India plainly said that P-5 members were playing around with the rest of the world in circles and did not really want reforms of any kind, especially ones involving the expansion of the UN Security Council.

Plain and simple, India is increasingly losing patience at having to wait for decades now, only to be told nothing concrete. That frustration is showing more than ever, especially now that the US and the rest of the West have nothing to fear from India like they did during the Cold War period. It’s also this one issue where Biden as American president can demonstrate greater positivity, which implies roping in the UK and France—independent of their own past commitments to India—and also the numbers in the UN General Assembly, if China were to stand in the way. India should manage Russia, of course—but then, the matter is not something that even a stronger US can hope to achieve in four short years.

The article was published in the New India Express