The Worsening Arab-Pakistan Relationship and its Impact 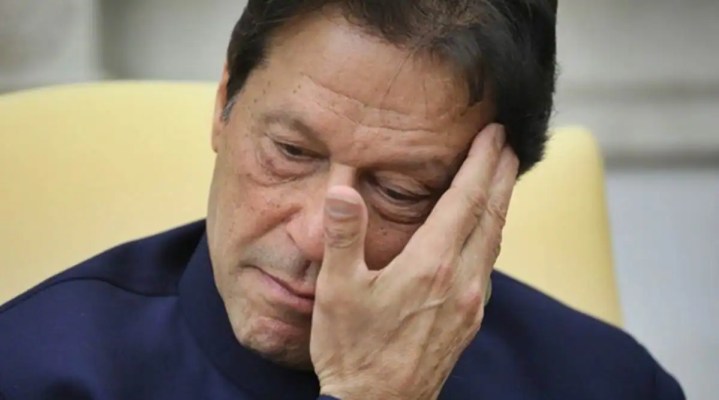 One of the strongest pillars of Pakistan’s foreign policy till recently had been its close, brotherly relationship with the Arab world. Saudi Arabia and the United Arab Emirates had been the most vocal political and economic supporters of Pakistan for decades. The country has found frequently itself in turmoil, mostly political and financial, and on almost all occasions, it been the Arab world that has bailed it out.

In the backdrop of this scenario, the sudden rapid deterioration in Pakistan’s relationship with Arabian countries must have taken observers by surprise. Important pointers like Pakistan foreign minister Qureshi’s explicit challenge to Saudi Arabia, the undisputed leader of the Organisation of Islamic Countries (OIC) to convene a meeting on Kashmir or otherwise, Pakistan will be compelled to call a meeting with some other members of the group, enraged Saudis immensely.

The sudden and unexpected Saudi demand for the immediate repayment of US$1 Billion that it had given Pakistan to meet its extreme financial crisis, needs to be seen in this context. The non-renewal of oil credit facility of US$3.2 Billion, expired in May, even after repeated requests from Islamabad was also an explicit show of Riyadh’s anger.

There are views, especially from analysts in Pakistan that the retreat of Saudis from the Kashmir cause has to do with its economic relationship with India with bilateral trade touching more than US$ 27 Billion as against a mere US$ 3 Billion with Pakistan. Also that India’s growing energy needs to offer lucrative investment opportunities to Saudi Arabia, UAE, and other Arabian countries. They would not like to jeopardise their economic-commercial needs with India just to satiate Pakistan that offers little in terms of political, strategic, and economic returns. And it was implicitly acknowledged by PM Imran Khan too when he talked of Saudi’s inclination to follow its foreign policy in line with its own interests and that Pakistan needs to become self-reliant in the economic realm, to be taken seriously.

It is true that irrespective of the Kashmir issue, relations between the Arab world and India had been quite positive and mutually beneficial for many decades. However, the ascension of MBS in Riyadh and Modi’s personal chemistry and strategic politico-economic outreach to the Arab world has brought in further consolidation of the Indo-Arab relationship. In fact, contrary to popular expectations, India’s relations with the Arab world have flourished in a big way under Modi’s government in New Delhi.

During his Bahrain visit last year, the first by an Indian PM, Modi was bestowed with the highest civilian award of the country, and the just concluded 2-day visit by S. Jaishankar, the Indian EAM there too is being described as highly effective from a diplomatic perspective. The opening of a temple in the UAE and the huge reception accorded to Modi during his visits to Saudi Arabia and UAE besides various symbolic and substantive gestures, including the proposed investment of US$ 15Billion by ARAMCO in India, all are indicative of a northward trend in this relationship.

But it would be naïve to suggest that the increasing positive vibes in the Indo-Arab relations is responsible for the sudden frosty and negative turns witnessed in the context of Arab-Pakistan relations. It is true that the growing politico-economic-strategic significance of India has helped the country to raise its stature with all major countries, including the Arab world. Pakistan on the other hand has seen a continual decline in its economic and political profile. Strategically too, most of the world see its importance from the perspective of its role in controlling various terror organisations, based in Pakistan and Afghanistan rather than a genuine, militarily powerful nation, in spite of it being the lone Islamic nuclear nation.

Pakistan’s perceived proximity to terrorist leaders and organisations, creating mayhem in India, Afghanistan, Europe, the US, and South-East Asia has not allowed it to escape the FATF grey list since 2018. And that has badly dented its economic potential and likely investments it could otherwise have secured from many countries and subsequent economic revival. The worsening economic situation has resulted in greater social unrest, encouraged more extremism, and has resulted in Pakistan itself suffering the onslaught of terrorism.

Its faltering global image has resulted in a strained or limited relationship with most major countries, sans China. The recent UAE government order freezing visas, tourist, and employment for Pakistanis along with citizens from some other countries, has again put the spotlight on how stressful its relations have become with its erstwhile benefactors in the Arab world.

In addition, the Arab world has witnessed new rulers with a stint in the west. They have a new idea and vision to develop their states in line with new thinking and are more pragmatic than their predecessors. They are aware that India, China, Israel are to emerge as important global players in an emerging multi-polar world. Hence, irrespective of huge Pakistani persuasions, they prefer to remain non-committal on Kashmir and refuse to allow OIC to be used for a political battleground for the two largest Muslim-populated countries, Similarly, even on the horrible human rights crime against Uighur Muslims in China, the Arab world has maintained an eerie silence. On Israel too, gradually Arab world is coming to reconcile the improbability of an independent Palestine state sometime in near future and one after another, countries are setting up diplomatic relations with it, something that was unthinkable a few months ago.

Another important reason that has further exacerbated the Arab-Pakistan relations has been Pakistan’s growing proximity to Turkey. Erdogan recently has led his country into a new aggressive role that has created tensions with its neighbours, Cyprus, Greece along with NATO, US, and also the Arab world. There are talks of sanctions against Turkey being contemplated by the EU and how Biden is going to deal with it, which could also have an impact on global geopolitics. In such a situation, how far Turkey could be of help to Pakistan, economically, politically, or militarily, needs a serious introspection on part of its government.

That leaves Pakistan with its only all-weather friend, China. However, the danger in such too overtly dependent relationship with China is that it is likely to push Pakistan into a debt trap, as has happened with countries like Laos, Mongolia, Tajikistan, Kyrgyzstan, Angola, Sri Lanka and a few others who had to part with or lease their territories to China. Pakistan is already too much overburdened with external debt and a huge chunk of that belongs to China. Already, important commercial and strategic assets in Pakistan like Gwadar Port, Karachi Stock Exchange are under the indirect control of China.

PM Imran Khan in a very recent interview has admitted that his government is under severe pressure to recognise Israel and that Arabian countries are certain to follow their own interests in dealing with Pakistan. How Pakistan is going to come out of this precarious situation, will depend on how it governs its foreign relations, especially with Arabian countries, balances that with Iran, reduces tensions with India, and is able to sternly deal with extremist elements, both formal and informal, within its territories and sheds its image of a terror-friendly state.