The Saga of Kashmiri Pundits: Need of Rehabilitation 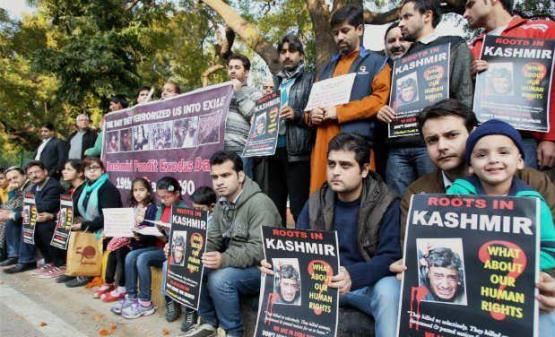 The valley of Kashmir known as Heaven on Earth. The Delhi poet Amir Khausro stated that Agar fir doors baraoai zameen asto, humi asto humi asto humi ass (if there is paradise on earth it is here it is here it is here). These lines sung by Jahangir on his visit to Kashmir and it was the place where Emperor Jahangir breathed his last in Kashmir. Since from the ancient period, the valley of Kashmir has stood for peaceful observation, intellectual advancements, and religious diversity. This diversity, evident from the blend of Islam, Hinduism, Sikhism and Buddhism in the state made the advancement of warfare rather than cultural advancement. The insurgency in late 1980’s and counter- insurgency from the Indian side in the valley not only threatened Kashmir apart but also laid its shakes on the rest of the world. The valley of Kashmir is considered as the hazardous place on earth. Since the partition of India and Pakistan in 1947, the state of Jammu and Kashmir becomes an unresolved land. The people who live there has been at the roots of constant tension between the world’s largest democracy (India) and its neighbor (Pakistan). The uncertainty and lack of any conclusive resolution to the political dispute have left the population of the state of Jammu and Kashmir divided and uncertain about their future. The land of Kashmir, with immense beauty and tourist industry, disappear completely with the imposition of seven lakh troopers in the valley and made it the most militarized region in the world.

The valley where people from every community lives peacefully and with tolerance till the outbreak of insurgency. Then what happened that pundits had to leave Kashmir. The question is, does all pundits left the valley in a short span of time, if no then why they stay there besides the atmosphere of violence? The Kashmiri pundits were known for their intelligence, and they were too witty people. During the period of Maharaja Hari Singh, the outsides were recruited in the valley, and these people protested against this and gave slogan that Kashmir for Kashmiris. It has been said that due to unemployment in the valley, the pundits began to move out of Valley slowly. In 1955, seven thousand pundits left the valley and adjusted in different parts of the country. After that, the tension arises in Kashmir in 1964 after the stolen of Holy Relic. The formation of Jammu and Kashmir Liberation Front, Arab Influence in 1980’s, the killing of K.N Ganjoo, the publication of Satanic verses, the rigid elections of 1987 and kidnapping of the Rubaya Sayeed (daughter of present CM). The insurgency that broke out after 1987 laid its impacts on every religious community. The Gawkadal Massacre created the panic among the common people, and all Kashmir was burning, and pundits became the target. As Jagmohan targeted the Muslims, who were peacefully demonstrating against curfews and molestation against women’s. The pundits of Kashmir who stated that they were threatened and get notices on their doors. It may be true, but why not all pundits leave Kashmir. The question that arises here that the Sikh community who also lives in the minority in Kashmir face the same as pundits face. It seems that it was planned a strategy of Jagmohan against the Muslims and other religions, so he proposed the Hindus to leave the Kashmir.

During the twenty-five years, the pundits of Kashmir became migrants and faced a lot of problems in every section. They had live in tents for so many years. Still, they feel the breeze of Kashmir whom they loved most. They equally participated in the religious festivals and marriages of their Muslim neighbors, who also feel depressed after their displacement. Still in any state of India, if any Kashmiri pundit is living with family, they speak the Kashmiri language their and follow the customs and traditions there as they follow it in the valley. I met a Hindu family in Kulgam and first I asked them why you do not migrate to Jammu or other places of India. The answer was emotional as well as impressive in nature. Innocently, said that we have no one except our neighbors, who are more loyal than anyone and these people (Muslims) never made us feel that we are in the minority and we are thankful that in floods they still do not forget us. If we ask personally to every pundit why you leave the valley. Their answers would be different in the text as well as in context. Some would say that there were announcements against us in the valley and we were forced to leave. But if we ask them about their neighbors, their eyes becomes wet, and their answer may be we do not see such tolerance, even we leave valley our Muslim friends became sadder than us. This is the reality that is hidden in every Muslim and Hindu brother of Kashmir.

In the contemporary era, every Kashmiri wants that pundits must be rehabilitated in their places, villages, districts and among the same neighbors. So that the tolerance and brotherhood that we lost from last twenty- five years will come back and the valley regains its prosperity back to its form. The state of Jammu and Kashmir is the home of pundits, Sikhs, Buddhists and Muslims and it belongs to everyone. With such process, the charm and beauty of Kashmir come back that it had lost due to violence.