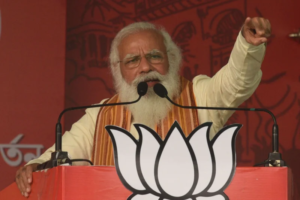 Gregory Stanton. the founding President of Genocide Watch who predicted the Tutsi genocide in Rwanda years before it took place in 1994, has in recent times, raised an alarm that a genocide of 200 million Muslims in India is very much on its way. He asked  “the US Congress to pass a resolution that warns genocide should not be allowed to occur in India”.

Stanton cited the revocation of the special autonomous status  of Indian occupied Kashmir in 2019 which stripped Kashmiris of the special status that was granted by the UN in 1949 and was duly incorporated in the Indian constitution on 17 October 1949 (Article 370 which allowed Kashmir to have its own constitution) has now been annulled by the Modi government. This as well as the Citizenship Amendment Act in the same year that granted citizenship to religious minorities, but excluded Muslims are initiatives that as per Gregory Stanton are blatantly discriminatory and marginalising for the Muslims in India

In fact, Genocide Watch began warning of an impending Muslim genocide in India in 2002, when a three day period of anti-Muslim violence in the state of Gujrat (Prime Minister Modi was chief minister of the state at that time) led to the massacre of more than 1000 Muslims including a Muslim member of the federal parliament.

Stanton points out that Modi did nothing to stop the massacre and said “In fact there is a lot of evidence that he (Modi) actually encouraged those massacres”.

There are credible evidence that tend to suggest since its inception as an independent state in 1947 with a significant Hindu majority state, often promotes the environment to provoke violence against Muslims and remarkably, the law enforcement agencies do little or nothing to stop these violence against Muslims. That was the case in Gujrat in 2002 and in Delhi in 2020 during the anti-Muslim riots in these places.

Such police actions, Stanton, describes as the “denial”, the last stage in a genocide process.  He then added that “Denial is the tenth (i.e. the last) stage of every genocide. That is what going on when they are charging Muslims with, would you believe it! killing themselves? I do not believe it! And I don’t think anybody should believe it”.

Also, language used by Indian government against Muslims terming them as “terrorists” (and a term popularised by the US around the world since 9/11), separatists and criminals give further legitimacy and reinforce the hatred against Muslims in India even more.

In fact, the US sponsored term “terrorist” for “Muslims” has been earnestly embraced by Hindu supremacists in India so much so that in 2016, the BJP Minister of State for Skill Development and Entrepreneurship Shri Rajeev Chandrasekhar once said “ as long as there is Islam in the world, there will be terrorism. Until we uproot Islam, we can’t remove terrorism”.

Stanton compared the situation in India under Prime Minister Narendra Modi with the ethnic violence in Myanmar and Rwanda. He also emphasised that genocide is not an event but a process. In the context of Muslim persecution in India Stanton points out that there are early signs and processes of genocide that are clearly visible in India in general and more particularly, in the state of Assam and Indian occupied Kashmir.

He also said “what we have now though, an actual member of the RSS– this extremist, Hindutva oriented group – Mr Modi as prime minister of India. So, what we have here is an extremist who has taken over the government of India”. But Modi now commands enormous political support for his policies at home. In recent times in a global leadership popularity poll, Modi who has come out as the most popular leader of all among the Indians at a time when the economy is faltering, and hundreds and thousands are getting infected and dying from COVID 19 due to mismanagement. Modi is also failing measurably to control corruption which is widespread and rampant. In the backdrop of these failures Modi’s resounding popularity among his citizens which implies that in India Hindutva is winning, while ignoring his poor statecraft in favour of his anti-Muslim policies. This is ominous.

In the vanguard of the anti-Muslim crusade in India is the RSS, a Hindu supremacist organisation which was established in 1925 to establish a Hindu nation in India. Articulated in 1923 by its chief, V.D. Savarkar, RSS espouses an extremist ideology called Hindutva – a Hindu only state for India. Most alarmingly, both the BJP and its main arm RSS were inspired by both Hitler’s Nazi Germany and Mussolini’s fascist ideologies in Italy, respectively. Savarkar openly expressed his great admirations for both Hitler and Mussolini.

Shadvi Annapurna, who is affectionately called by her followers Maa (mother) is the general secretary of Hindu Mahasabha, – founded in 1915), another  Hindu supremacist outfit – has been the central figure at the recent Haridwar event labelled as “Dharma Sansad” (Religious Parliament) where they gave open call to kill Muslims.  The Hindu Mahasabha’s vision according to its official website is to make India the “National Home of Hindus”. The website also says that if it comes to power, it will not hesitate to force Muslims out of India.

Since Modi and his BJP ascended to power in Delhi and his Hindutva agenda emboldening other Hindu extremist groups like the Hindu Mahasabha, are now openly threatening, and posing extreme danger to the Muslims in India. Lack of any response from the law enforcement agencies for previous hate speeches and vitriols against Muslims was taken as tacit support of the government that have made these threats far more dangerous and brazen as has been reflected in the call for Muslim genocide at the Haridwar meeting last month – at the Haridwar gathering, among the saffron robed Sadhus (Hindu term for saints), Maa (Mother) Sadhvi Annapurna has been the most vitriolic and specific in the call for genocide against the Muslims.

While Genocide Watch does not rank countries, but the US Holocaust Memorial believes that India is the second most likely country for a genocide to take place among 162 countries on its list. The US Commission for International Religious Freedom which has for last two years asked the US State Department to place India on the list of Countries of Particular Concern.

Teesta Setalvad, a well-known human rights activist in India also believes that violence against Muslims worsens their socio-economic conditions and enables genocidal targeting. Aakar Patel, the former head of Amnesty International in India told Al Jazeera that the recoded history of civic violence in India showed that either the state did something that provoked the violence against Muslims or did not do enough to stop it.

Stanton in an interview with Karan Thapar of WIRE referred to the 10 stages genocide as developed by Genocide Watch and said that several of them had been fulfilled in India such as distinguishing between people as us and them and othering them, symbolisation (i.e. clothing and calling Muslims as Abbajaan), discrimination ( the list would be very long to record here but just one example is the Citizenship Amendment Act), dehumanisation (such as calling Muslims as termites) and polarisation (accusing them of love jihad and laws forbidding inter-faith marriage). Above all, he further added that there have been actual calls for genocide (i.e. Hardwar religious conference held in December 2021).

Commenting on Prime Minister Modi’s silence on the call for Muslim genocide at the Haridwar religious conference, he quoted Martin Luther King Jr, who said “We will know who is against us not by what they are saying but by their silence”. He also made an ominous prediction that if genocide happens “It won’t be the state and mobs that will carry it out”. In fact, since Modi came to power in 2014, all anti-Muslim violence have been carried out by the lynch mob aided by the law enforcement agencies, police in particular.

Modi’s open and brazen Hindutva policy – a crusade of a sort against Indian Muslims – cannot be looked at and understood without the US sponsored anti-Muslim hate campaign contributed to, with popular and legal endorsements, attacks on Muslims around the world including arbitrary arrests and harassments of Muslims and widespread surveillance of Muslim population and their places of worships in the US itself. Such Islamophobic policies and rhetoric of the US have significantly emboldened bigots like Modi and his cohorts in India and given much fillip to their own brand of Islamophobia with genocidal intent which until then was less open.

It is generally argued that Islamophobia in the context of contemporary India and other Asian countries like Myanmar and others in general arose out of the post-colonial struggle of these countries with the economic and cultural challenges adapting to globalisation but most failing to face those challenges proactively.

India is a stark example of that failure to address and take advantage of globalization and as a result, with a per capita income of US$2,191 in nominal terms (in 2021) India also recorded the highest poverty increase in the world during 2020-2021.

Among other things, Modi government’s obsession with anti-Muslim Hindutva policy seems to be detracting the regime’s attention away from where it is due – tackling poverty in India.

Islamophobia in India, the home to the largest number of poor in the world today (28% of global total), is a convenient way to distract attention away from poverty and squalor that pervade the country despite Modi’s promises of economic prosperity for his people just by feeding them with the most extreme form of anti-Muslim bigotry. Also, Faisal Devji, Professor of History at Oxford University observes that “Islamophobia’s brutality is most readily seen in Asia, a continent awaiting its recognition as capitalism’s new home”.

While “othering” of Indian Muslims has been the mainstay of Indian politics since the middle of the 19th century, has now become more pronounced especially since 1947 when India, a British colonial construct, got its independence and emerged as a Hindu majority state in the sub-continent.

The rise of the BJP to power in India simply and more brazenly furthered political marginalisation of Muslims in India, a process that had simmered since 1947.

Currently, emboldened by the US-sponsored Islamophobia, othering and persecution of Muslims in India has become more audacious and sadly, popular as well.

Indeed, the plight of the Indian Muslims under the Modi regime’s populist anti-Muslim policies and actions have reached a stage which if something very urgent not done to ebb and completely reverse the policies that are deepening and expanding the spectre of persecution of Muslims, a genocide of Muslims in India, as predicted by Gregory Stanton, seems like a real possibility and this is deeply worrying.

Indeed, the World simply cannot stand by and look the other way, and watch unfolding of a man-made human disaster that may not just cause unimaginable sufferings to the Muslims in India and fracture India but may throw the entire region into an ocean of communal bloodbath!