The lynching of democracy in India 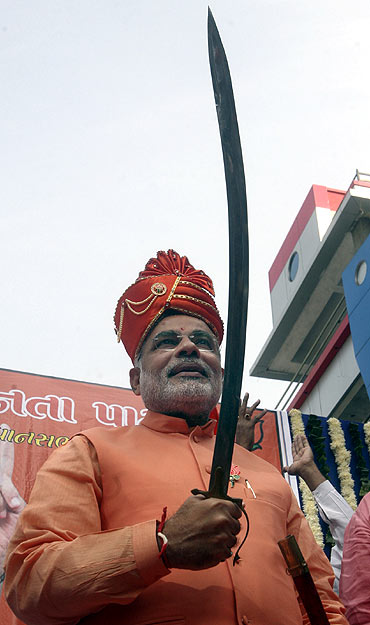 Mr. Narendra Damodardas Modi is a consummated practitioner of remorseless Hindutva politics of hate. He does not spare a moment to capture the headlines with his diversionary tactics, which makes him one of the sharpest managers of media and the prime master of propaganda. The Hindutva propaganda machine with the organisational network of RSS is erasing the idea of India in the name of building and converting India into a Hindu Rashtra. It is the end of secular, liberal, and constitutional democracy in India. The tragedy of the Coronavirus pandemic does not shock Modi and his government. It a therapeutic opportunity for the Hindutva forces to clampdown on leaders and activists of democratic struggles, human rights defenders, students, youths, farmers, women, and civil society leaders by using draconian laws. The mob lynching and rioters go unpunished. The criminals and frauds move around with all impunity. The rule of law for justice is no longer the governing principles of India under Modi. It is a message to the common Indians, who believe in the idea of inclusive democracy.   The reason, science, morality in life, and principles in politics are obsolete words in the ideological frameworks of Hindutva and its leadership.

The bigotry of Hindutva politics is destroying the hopes, needs, and aspirations of millions of Indians and their future. The BJP government led by Modi is using pandemic as an opportunity to subvert all democratic procedures, parliamentary traditions, and constitutional conventions with the help of Hindutva majoritarianism. Modi promised cooperative federalism but practices despotic strategies for the centralisation of power in his hand. The Government of India is a one-man spectacle as a result of which the government has failed in all frontiers of governance. Modi led BJP government has failed in social, economic, political, and diplomatic fronts. The crisis is an opportunity for the Hindutva politics to accelerate its fascist rule. Deceptive, illiberal, and undemocratic ideals are integral to Hindutva politics, which serves the cronies capitalist friends of BJP and Modi. The present and future are robbed from Indians by the politics and policies of the Hindutva regime, which undermines and destroys democratic institutions and practices. It is worth asking if India is still a democracy under Modi.

The Modi government has passed the Farmers’ and Produce Trade and Commerce (Promotion and Facilitation) Bill, 2020, and Farmers (Empowerment and Protection) Agreement on Price Assurance and Farm Services Bill, 2020 without a proper discussion in the parliament. It did not give any chance to the opposition political parties even to share their views on the bills. These bills are not the only a prelude to the corporatisation of agriculture but also a death warrant for Indian farmers. The big farmers and corporates are going to be beneficiaries of these policy reforms. It will destroy the lives and livelihoods of millions of small farmers in India. This is not about two bills. It is about Indian farmers and their source of livelihoods. Modi continues to downplay the political opposition to the bill with his time-tested deceptive tactics.

The Modi government has always pretended and propagated to be the champions of India and Indian culture.  Do Kashmiris, Adivasis, Dalits, students, youths, Muslims, and other religious and linguistic minorities, farmers, rural and urban poor belongs to India? Does the Modi government consider these people as Indians?  It has demonised every political opposition and branded them as anti-national forces. In reality, the cultural, political, and economic nationalism of BJP and RSS is a hoax. Modi government is an agent of transnational capitalist classes. It does not care for people. Modi government hides behind police and prisons by scapegoating the vulnerable and vilifying the opposition parties. It is a historical trademark of fascist politics. The Hindutva fascists are no different. The Hindutva chauvinism survives by spreading falsehood on history, politics, economy, culture, and society. It is fundamentally opposed to the idea of India and the Indian way of life.

The lynching of democracy in India by Hindutva forces started with Adivasis, Dalits, Muslims, and Kashmiris. The lynching of Dalits within the apartheid Hindu caste order is not new. Similarly, the cultural and economic genocide of Adivasis is continuing for a long time. The open and full-fledged attack on Muslims, Kashmiris, and people from northeast India started after Modi came to power in New Delhi. The political patronage of racist violence is an inalienable feature of Hindutva politics. It is not going to stop here as violence is the leverage of right-wing and reactionary forces. There is no recourse to justice. The next attack will be on all forces opposed to Hindutva politics.

The slow death of impartial judiciary and legal fraternity gives unbridled power to the Hindutva forces to expand their medieval ideology of governance, which weakens and ruins all institutions of democracy and its liberal traditions. The Hindutva politics has transformed the Indian political landscape into a field of competitive consumerism of bigotry based on false propaganda. The stakes are much higher now. Without a serious mass mobilisation against the bigoted ideology of RSS and the undemocratic politics of BJP, the lynching of Indian democracy is in its final stage. Its survival depends on people and their struggle for restoring liberal, constitutional, and inclusive democracy in India. The building of a mass movement is not easy but it is possible. The vitality, legitimacy, and effectiveness of the struggles against Hindutva politics depends on solidarity among all progressive, liberal, socialist, and democratic forces in the country. Democracy in India is a product of people’s struggle and its survival today depends on the progressive trajectories of people’s struggle in defence of democracy in India.