The Folk and the Classical in North Indian Raga Music 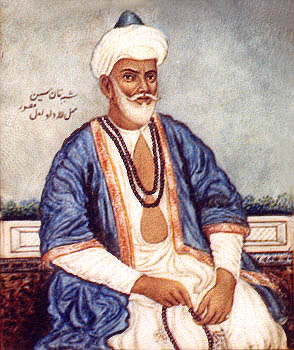 “When God created us in this world, notes and melodies were allocated among the polis.”

Although speaking allegorically, Bade Ghulam Ustad Khan was alluding to an anthropological fact; tribes created their own melodies and when they moved, the melodies were carried around with them essentially all over the world. This applies to all tribes and geographies like, the Yue-zhis, Scythians, Gauls, Visigoths, Peruvian Indians, Ionians, Rajputs etc, and especially to the Indian subcontinent and the North Indian music system.

Music comprises the heritage of a people and it moves with migration,  globalization in ancestral form. When a musical knowledge gestates and is elevated to an analytical system by masters, it gathers the basis and momentum to take the folk and extend it to higher stages. There have been musical masters who have used folk melodies and have raised them various darzas (levels) of gayaki (singing styles).

A historical anecdote better clarifies this process. There were three famous Rabab and Sur-shringar players in the lineage of the Tansen family –Jafar Khan, Pyar Khan and Basat Khan — in the middle part of nineteenth century in central India. One day, Pyar Khan, while walking through a village in Uttar Pradesh, heard a village woman singing a folk tune when she was grinding maize. He noticed a simple beauty in the tune and immediately recognized possibilities of improvisation and note-interplay within that simple melody. As a master musician he worked on it and developed it into raga Tilak Kamod. Almost any classical musician in the North Indian style, be they vocalist or an instrumentalist, plays it for contemporary audiences. This story has been told by Birendra Kishor Roy Chowdhury in his book, Tansen’s Stature in Hindusthani Music.

This fact of interrelation between the folk and classical isn’t exactly a revelation. It’s true for virtually all the arts: painting, architecture, dance, drama, literature and the like. Instead of delving into diverse areas and looking for a generalized theory for the folk-classical superimposition, let’s look back at the history of North Indian Music in panorama for evidence of this process at work. Around roughly 200-500 A.D. was the era of Gandharva Sangeet; around 500 A.D. Matanga wrote a text called Brihaddeshi. As the title suggests, the music had both the Brihat and Deshi where the first refers to the cultured component and the later to the folk aspect. The North Indian music then follows through the Prabandha style of singing till the middle of 13th century. Thereafter, with the influx of Turkish-Persian-Central Asian Maqam influences there occurred a gradual exchange of musical ideas between the local masters and newly arriving foreign musicians. The concept of ragas did exist from days of Nattya-Shastra in 200 A.D. Since the Sultani Dynasties, the mutations of ragas and maqams led to final form of Kheyal in mid 18th century through Dhrupad phase that started in 15th-16th century. Folk music, however, existed in India since the first human migration into the subcontinent. We still have Dhrupad, Kheyal and at the same time, the folk music. But while some folk tunes over time have uplifted themselves to the lofty level of classical or semi-classical stature, the root melodies still are practiced by troubadours of the land: the malangs, mirasis and dhadis.

So much for a theory, but proof is in the pudding. Here we present an ensemble audio-visual folk music that so authentically point to the DNA of corresponding ragas. We start with Bade Ghualm Ali Khan’s interview where he so eloquently identifies Jaijawanti, Bilawal, Kafi, Bhairavi etc. For other audio-visuals the ragas are mentioned.