The Chief Justice of the Supreme Court of Bangladesh resigns 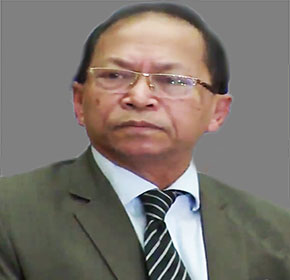 The Chief Justice if the Supreme Court of Bangladesh Mr. Suredra Kumar Sinha has resigned today the 11th November. He sent a letter of resignation while he is vacationing in Australia to President Abdul Hamid which has been confirmed. The same President announced Chief Justice Surendra Kumar Sinha is facing 11 charges, including money laundering and corruption, a day after he left the country for Australia Oct 13, 2017. In a public statement just before his departure for Australia, the Chief Justice said he is ‘not sick,’ but that he is leaving because he is ‘embarrassed’ and is concerned over the independence of the judiciary. 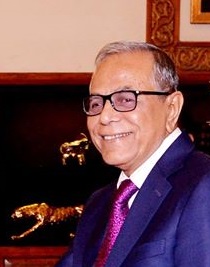 The opposition leaders of the nation believe the Chief Justice was forced out of the office owing to his Observations in a deliberation earlier last month. The Chief Justice of the country Mr. Surendra Kumar Sinha recently wrote an opinion: “Parliamentary democracy is immature and to attain its maturity, there is a necessity of practicing parliamentary democracy continuing for 4/5 terms!”. He was implying on the issue of the 154 unelected parliamentary members and thereby reflecting on the legitimacy of the present government. The political scientists believe, having an election under such a management could not be fair. 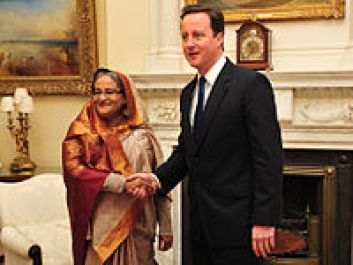 The two constitutional heads – Hasina and Justice Sinha – had been on the same page for a long time. She handpicked him for the job and made him the first Hindu Chief Justice of the Supreme Court in Bangladesh.”The question is why Justice Sinha started playing truant? Is there something more to it?” asked a source in the Supreme Court. Though the Awami League enjoys a hegemony in rural areas, the BNP-led Opposition has considerable clout in the upper judiciary, administration and even in the army.Second, despite efforts by several key players in Bangladesh’s corridors of power to defuse tension after the scrapping of the amendment, the distance between the Supreme Court and Gano Bhaban, the official residence of the Prime Minister, has increased. “The President and senior ministers tried for a truce after the amendment got scrapped…. Still, the chief justice made a statement like that. This is surprising,” said an Awami League insider.

With His departure, the nation falls into an abyss of one party dictatorship which is expected to continue at least one more term unless there is a revolution or coup of some sorts. The present parliament which comprises of 154 unelected members out of 300 is a big question mark on the legitimacy of the current government.

On his resignation, the opposition leader BNP Standing Committee Member Moudud Ahmed today blamed the government for “forcing Chief Justice Surendra Kumar Sinha to resign from his post.” “The entire nation has plunged into a severe setback due to the resignation of Justice Surendra Kumar Sinha,” Moudud said while addressing a function at Jatiya Press Club in Dhaka this afternoon. “Sinha’s resignation day will be marked as a black chapter,” Moudud said accusing the government of “smashing independence in the judiciary by forcing him (Sinha) to stay aside from his post.”

Whatever semblance of independence of the judiciary was there in Bangladesh, it has been eroded by ejecting the Chief Justice of the supreme court by sending him on a forced vacation at a crucial time. One senior minister said that the sitting judges are “immature.” Another said that the Chief Justice should be sent to a lunatic asylum. A third one said that the judgment was perhaps written by another English knowing editor or by the ISI of Pakistan. Another called the Chief Justice a Razakar who helped the then the Pakistani government while Bangladeshis were in the liberation struggle.

The present government has neutralized all other organs of the state; military, police, civil servants and all administrations to the lowest cadres at the local level. Election Commission has been made into a tool for implementation of the wishes of the government. If the next election is not conducted in a fair and secure atmosphere, Bangladesh will be lost in the darkness of authoritarianism for an unforeseeable future. Ordinary Bangladeshi citizens are just riders on a rudderless vessel. With the Chief Justice Sinha out of the way, there is not a single individual that can stand up to the most strongest person in Bangladesh; the 35th powerful female in the world according to Forbes magazine. This award has emboldened her and she became a source of pride for her party stalwarts.