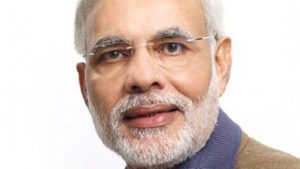 Ever since Mr. Narendra Modi assumed office as India’s Prime Minister three years back, he has been stressing almost every day about the need for rapid economic and industrial development of the country. He has also laid emphasis on several other issues of great importance such as promoting Yoga culture, cleanliness in public places, etc.  He has also stressed on several occasions about the need for respecting all religions, though his critics suspect that he has been  encouraging extreme stand by some Hindu outfits by not silencing them with the force that is required

With his clear-cut targets, Mr. Modi has been moving at  breakneck speed, introducing several new regulations and drastic steps of which the most important ones are his demonetization decision and successful implementation of GST. Apart from this, he has also ensured that the government of India under him would not be tainted by corruption charges and he has brought about a particular element of transparency in the administration directly under him.

Mr.  Modi has continued to emphasize the need to eradicate corruption in government machinery and public life, so as to deliver the welfare measures to the poor and downtrodden directly. Even in this task, he has succeeded to a little extent but certainly nowhere near the extent that people want.

While the opposition parties have been accusing Modi government on several counts, it is more than evident that, by and large, people’s confidence in Modi’s government remains high.  Apparently, the opposition parties have run out of ideas and are in disarray. Mr. Modi’s popularity is evident by results of the number of state and local body elections in recent times that has led to massive vote in Mr.Modi’s favor.

At the same time, it is also a fact that even the ardent admirer of Mr. Modi, who has no political affiliations, think that Mr. Modi’s government has still not made a significant impact in the anti-corruption drive and in creating jobs and fair distribution of wealth in the country. While such feelings are there, the fact is that people continue to believe that  Mr.Modi  is capable of rooting out corruption and meeting the aspirations of the youth with regard to job opportunities. Many people all over India are discussing as to why Mr. Modi has not been able to make a significant impact on these vital questions. All over the country, there are animated discussions among concerned citizens and thinking population as to what  Mr. Modi should do in the next two years before the next national election when his governance would be under trial and test.

However, people think that Mr. Modi is the be all and end all of the governance all over India and blame him even if there would be corruption at local body level.  Critics point out that there are several state governments which are ruled by the same party to which Mr. Modi belongs, and the degree of corruption in such BJP led governments have also not come down.

About joblessness,  this is a severe and grave issue, which has to be tackled by Mr. Modi. No doubt, he has taken several steps like start up India, make in India and others to promote small-scale enterprises and boost employment growth but they are not giving results.
Three areas which can support massive employment namely the infrastructure and housing sector, road construction projects and agricultural sector.

Agriculture operations are increasingly getting mechanized, reducing the need for agricultural workers at the field level. This is inevitable, and Mr. Modi has to find jobs for surplus agricultural workers in infrastructure and construction sector as well as road projects.

Unfortunately, until recently, the construction industry, often termed as real estate, have been mostly operated by black money which has inevitably increased the construction costs and making housing beyond the reach of the poor. Mr. Modi attempted to solve the problem by initiating demonetization step and by introducing anti became law. However, the positive results are yet to be seen.

Another area of grave concern for the people is the education facilities that are becoming beyond the reach of poor and downtrodden.
As government at both state and central level have virtually stopped investing in building more schools and colleges and left it to the private sector, corrupt elements and business houses have got into the field and have made education a costly affair.

The inadequate performance of state governments and the level of corruption in the state administration are undoing the good work being done by Modi government. It remains to be seen as to how Mr. Modi would tackle this.

In any case, the next two years will be the period when Mr. Modi has to find solutions for the problems of joblessness and corruption. The whole country is watching him with great anxiety and of course, with hope.