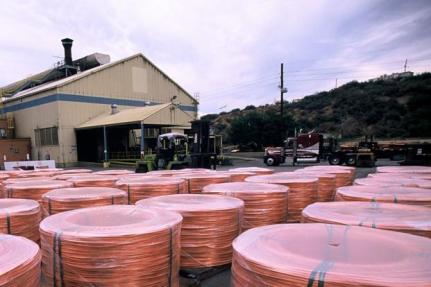 It appears that environmental activism has become a profession these days all over the world. There are many environmental activists across the world whose full-time occupation now is to oppose projects, particularly relating to nuclear, chemical, mining, etc. These activists claim that they are voluntary bodies. One wonders from where they get the huge funds to carry on with their protests, even though the activists have no source of income in most cases,

While it is very important that environmental interests should be protected and every project these days take care of this aspect, the problem is that the scientists, technologists, and entrepreneurs are being painted as anti-environmentalists and even anti-social by these activists. These activists seem to assume that they are alone the protectors of ecological interest and scientists, technologists and project entrepreneurs have no similar concern. What logic is this?

The present ongoing agitation in Tamil Nadu in India demanding the closure of copper smelter project of Sterlite Industries is a case study. The protestors do not even want to accept the decisions of the environmental authorities and seem to think that they have the right to criticise any project and block them, even if they are not particularly qualified to understand and appreciate the technicalities. It has become difficult to advance logical explanations and reasoned clarifications to these environmental activists who are in no mood to listen.

The following ten reasons should convince everyone why copper smelter project of Sterlite at Tuticorin in Tamil Nadu should not be closed, even though the activist protestors have an alternate view.

Not the only copper project in India

Sterlite produces copper metal from copper concentrate, and similar projects are operating all over the world.

Both these companies operate similar copper smelters, just like Sterlite at Tuticorin, with the capacity of Birla Copper Unit bigger than that of Sterlite.

In 2009, Tamil Nadu government ordered the closure of Sterlite plant due to public protest and alleged environmental violation. Supreme Court stayed the order and allowed the plant to continue operation.
In 2013, Supreme Court issued an order to Sterlite asking it to pay rupees one hundred crores as a penalty to Tamil Nadu government In five installments. At the same time, Supreme Court allowed the plant to continue operation, obviously implying that the continued operations would not be a threat to the environment.

Tamil Nadu government again ordered closure in 2013 when the matter was referred by Sterlite to National Green Tribunal. National Green Tribunal rejected the findings of the Tamil Nadu Pollution Control Board and said that whatever environmental issue attributed to Sterlite could have been caused due to other reasons and not the operation of Sterlite. Sterlite was allowed to continue operation, and the status quo is continuing.

Certainly, the verdict of the judiciary and tribunal should be accepted by all concerned, which is the only civilized form of sorting out issues.

Unsubstantiated allegations are being made that operation of Sterlite plant is causing cancer to the residents, for which there is no basis.
Internationally, it is still a matter of research investigation on the contributing cause for the cancer occurrence and increasing incidents of cancer are being reported all over the world including USA and India.

The protestors say that sulfur dioxide emission is taking place from Sterlite plant. Sterlite has denied this vehemently and pointed out that it has installed emission detecting instruments in the fences and they show no emissions beyond permissible level.

Tamil Nadu Pollution Control Board operates “air care center” at its headquarters in Chennai, from where it is monitoring round the clock by remote observation the emissions of all major industries in the state. If any emission would happen from any industry beyond permissible level, an alarm is sounded in the air care center and necessary action taken.

In the case of Sterlite, Tamil Nadu Pollution Control Board has not reported any violation of emission standards at its air care center by Sterlite in recent times.

Is there any contamination of ground water due to Sterlite operation?

No water from the process plant of Sterlite is discharged to any location outside the plant,
Sterlite operates by zero effluent discharge, and the entire process water is treated and reused inside the facility for process operation.

Should factories be permanently closed due to isolated incidents?

Accidents do happen in any industry whether chemical, metallurgical, automobile, electronics, etc. due to unforeseen reasons or in spite of best efforts or even laxity in operations. This is happening all over the world including developed countries. Even in a company like Du Pont in the USA which is acclaimed for very high safety standards, accidents have happened in the recent past.

When the accidents happen, it needs to be investigated; unit temporarily closed if necessary and corrective measures implemented before restarting the operations and compensation should be paid to the affected people.

If factories were to be permanently closed due to isolated incidents of minor or marginal accidents that happen once in a way, then no factory can operate anywhere in the world.

So many accidents take place due to air crash or on the roads and the railways. We do not stop flying or traveling in cars/buses/trains.

Can we afford the loss of jobs?

There are around one thousand people directly employed in Sterlite besides another one thousand contract laborers. Behind each one of the earning employee, there is a family of four to five people.
While we talk about joblessness in the country as an issue, who will give jobs for the people presently working in Sterlite and who will protect the economy of the families, in the event of closure of this unit? Why politicians and protestors are not concerned about them?

Why no consultation with Sterlite employees?

There are many Sterlite employees living in the quarters provided by Sterlite. None of them have reported any discomfort.

There are many well-qualified employees who are in the know of things and who are as much concerned about the welfare of the residents. Why has no one cared to ascertain the views of the employees and contract workers, while demanding the closure of the unit?

Should politicians and activists alone decide the fate of projects in Tamil Nadu?

It is unfortunate that politicians and activists think that they can comment on any matter relating to technology practices and industrial operations in any field, though they may not have particular expertise in the area.

They seem to assume that they have the privilege to adversely comment on diversified fields such as neutrino project, nuclear power plants, crude oil exploration, transportation of natural gas by pipeline, etc.

It is high time that they should be told that they should respect the views of scientists, technologists, and engineers, who are also concerned about the national and social cause and are as many citizens of the country.

They should learn to respect the views of the experts and accept the decisions of tribunals and courts, instead of thinking that whipping up mob fury on any issue is appropriate.

It is also important that the government should refrain from playing to the gallery in tackling such protests and take a bold and pragmatic stand based on views of the experts. Ms. Jayalalitha did this in the case of the Koodankulam Nuclear Power plant when she accepted the verdict of the experts and gave the green signal for the project.