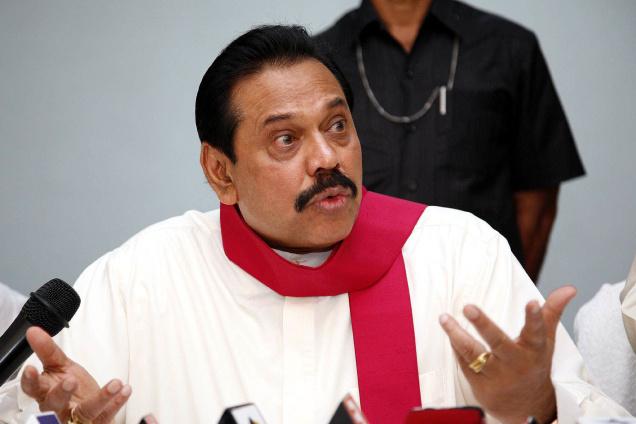 It was hopped that the Madamulana Reich had fallen and that a new leader had come to power as I predicted moment after the announcement was made by a then minister, now the President, of his willingness to be the Common Candidate.

Defeating the Rajapaksa administration, or Madamulana ‘Reich’ was the result of collective responsibility. There was a time where only few people had the courage to talk against Rajapaksa’s governance who easily garnered the nation’s traitors. At that time no one really believed that his administration would fall like what we saw in the early hours of January 9.

It was an historical moment and the world was surprised to see the fallen leader and his departure. Though, it was the result of the remarkable administrative skills played by the state apparatus, including the election commission, the police department both headed by respectful gentlemen and later the leadership of the Armed Forces.

It is now common knowledge that the former President tried his best to exercise a similar game as what the former Prime Minister of India, Indira Gandhi did in 1976. While some of the state institutions were willing to support Rajapaksa as they too had so much to lose when the Inspector General of Police and the military had the courage to stand against him, then the former leader realised and took steps to arrange his departure.

The actions and orders made in the early hours of January 9, 2015, by Rajapaksa and his brother who ruled the whole country for a decade, are yet to be investigated. The results of any such investigation may well lead to new dramas in next couple of weeks. It may be similar to what we have seen right after the election in 2010 where former army commander came under the sever harassments of the ruling family and sections of state institutions.

However, it was only moments after the falling of his ‘Reich’ that Mahinda Rajapaksa launched surprise strikes against his rivals, including so called minority people, and now he is collecting his real friends while recognising his real foes.

What will be his next move? Will his dreams of returning to power come true? Will he receive public support to get back what he has lost? These questions remain unanswered as yet but one thing is certain: he will never give up easily.

What we saw with the fall of the Rajapaksa administration is what the basic principle of Buddhism taught us. “Boundless craving will cause you dolefulness”. This is what Rajapaksa has brought upon himself by calling an early election two years before his term ended.

The fall of the Rajapaksa administration lies on baseline of the ideological consequences in where the former President Rajapaksa was attacked by ideas which he conquered long ago. He was overwhelmed by his own might and extra-optimistic of remaining in the power while ignoring the real sentiments of the people. It caused him not only the loss the power but brought shame on him despite the glory he gained after the war.

Rajapaksa is facing two challenges at the moment. First, regaining the “reputation” he earned by giving the leadership to crush the Tamil Tigers in 2009. It will remain in higher degree among certain sections of the Sinhalese but it may not give him any credibility in the political arena. The “reputation” will remains in the celebrity level, if the newly appointed government play the smart card to sideline his politics within the party.

Second is taking over the power of the Sri Lanka Freedom Party (SLFP), which he was heading before the fresh internal split occurred. Therefore his role in the party faces eminent danger as he is slowly losing the power of the party. He may be cornered in a few weeks by the new leadership of the party. But the split will remain while sparking the struggle for power. Rajapaksa is facing what Mangala Smaraweera faced years ago after being kicked out from the party by then President Rajapaksa.

However; it is hard to believe that former President will enter the parliament as a national list member to head the opposition, but apparently he and his core team will play the best role to drag the power by disabling the new leadership within the party. It may be a surprise move by those who supported Rajapaksa and maybe a dangerous signal of the beginning of the real plot within the party. It will face tremendous difficulties if the party does not re-structure and allow all known devils to re-enter the surface. It will give a golden opportunity to Prime Minister Ranil Wicramasinghe and his United National Party.

There are few possibilities of Rajapaksa regaining the leadership in the country again. To accomplish his desire first he has to win the struggle within the party while fuelling the internal crisis. Second, he will have to take the people into the streets, while instigating racism within Sinhalese sentiments. If he can do this he may set foot on the road of his return.

Let us see how the new President and his driving force behind, the former President Chanadrika Bandaranayke, are going to tackle their known devil in the party which formed by her father. It is centralised on the capacity of the new leadership in finding justice to what the fallen leader has done to the party and the nation while abusing his executive power.

However, we should not dream that the new government is going to allow the international community to take the fallen leader out of the country. But it may attempt to solve the problem internally.