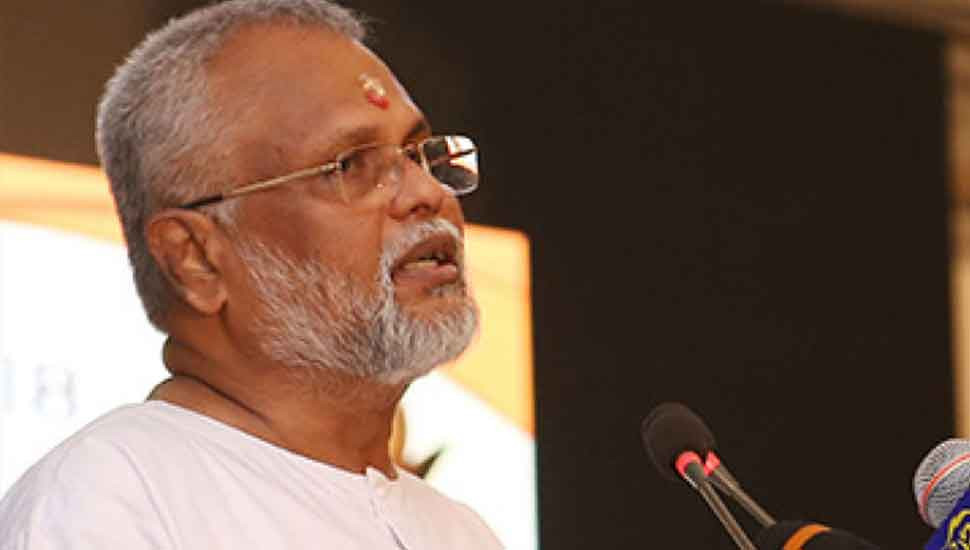 Going by Media reports and related analyses and speculation, western sponsors of  the UNHRC resolution on war crimes probe and reconciliation at the UNHRC in March, is there someone who is in Sri Lanka that could convincingly carry the weight of their masses, to target the Sri Lankan State, the armed forces, individuals and other institutions? In this, the role of or for the Rajapaksas may be more political than criminal, unless otherwise someone wants to take it all the way up to the International Criminal Court (ICC), but that is at best an ify situation, which could make them even more popular nearer home than recent twin-poll results have shown in as many years.

The natural choice for a backer for the West from within the country has to come from within the victimised Tamil community. Despite what they may tell the Media, or may even impress Parliament, for a day or two, they are as divided among themselves as they are with the Sinhala majority polity. The end of the Ranil raj and the emergence of Sajith Premadasa on the Opposition wings has created a new situation for the Tamils, as the ambiguity of the past years is lost – and the Premadasa-led SJB has to necessarily take a public position on an issue, over which they would have no say as the Ranil dispensation had while in power for four years.

The SJB is actually fighting for the same political space in the South as the ruling Rajapaksas’ SLPP combine. The SJB has to stick to the ‘swing voters’ who lost the Elections for incumbent President Mahinda Rajapaksa in 2015 and voted them back in the form of candidate Gotabaya Rajapaksas for the same post in Elections-2019 – and to bring them back, citing other reasons and causes in the next series of Elections in five years, beginning with the nine Provincial Council polls, which are long overdue.

Alternatively, or additionally, they have to swing away the substantial share of Sinhala-Buddhist hard-liner constituency, for whom voting the Rajapaksas have become a habit since Elections-2005. Unlike the North-South divide, which facilitates the political class to mix-up their priorities, region and ethnicity-wise, if they chose to, that’s not possible for the SJB to say one thing in urban Colombo and another in southern-most Hambantota. Which means, unlike the Ranil leadership, sought to play this game often and got caught, the Premadasa leadership, with its rural base, would not want to take the risk, not to mention where its own heart may lie, even otherwise.

Prima facie, there is no question of the Tamils, including their various sections and factions in social and political terms, not backing a western initiative, if it were to embarrass the Sri Lankan State or harass the Rajapaksas. But the way they are going about it, especially the most-trusted of them, all, namely, the TNA, may have shown up yet another face of division before you can  pronounce ‘Rajapkasa’, leave alone spell it out.

The latest is the eruption of yet another dispute between the mainstay ITAK’s President Mavai Senathirajah, and two-term Parliamentarian, M A Sumanthiran.  The issue is over the recent defeat of the Alliance’s ITAK candidate, Emmanuel Arnold, in the Election of the prestigious mayoralty of Jaffna, which is the centre of the Tamil heartland in the country.

Arnold was already the mayor when he had to quit after losing the Budget vote twice. That was because the EPDP of SLPP combine Minister Douglas Devananda, on whose support alone Arnold could be elected Mayor, had withdrawn support. Given the inherent limitations, the EPDP did not try to impose its candidate for the mayoralty. Instead, it ended up making a choice between Arnold, whom the ITAK fielded again, supposedly against better claimants, and Manivannan, who had emerged as a rebel from within Gajendrakumar Ponnambalam’s ACTC-TNPF, that too after the combine had done better than in the recent past in the Parliamentary Polls of 5 August, winning two seats against none, after a gap.

There are a few issues the Jaffna Mayor Election, and the one for the chairmanship of the adjoining Nallur Pradeshiya Sabha, highlight. Like in Jaffna, the Nallur chairmanship was also held by TNA with external support, but the Alliance lost it too in the recent Election, held after the TNA chair had to quit over the very same reason – losing the Budget vote twice.

All of it reflect and highlight the continuing squabbles that has been a part and parcel of the Tamil polity, inherited from the larger Tamil society, for decades since, before Independence.  In Jaffna, for instance, what went wrong with the TNA’s supposed management of the EPDP ally? In a way, it was a queer alliance, especially after the Rajapaksas returned to Government and with that the EPDP and Minister Devananda. Yet, the EPDP shouldered along, despite TNA allies having targeted the party as anti-LTTE since the Alliance’s formation some 20 years ago.

With the result, when ITAK-TNA fielded the outgoing Mayor as its candidate all over again, that too without formal consultation, as indicated by Minister Devananda, more than once in the previous week or so, the die was seemingly cast.  The final has showed up Devananda also as a smart political strategist. At one go, he has embarrassed the TNA on the one hand, and formalised the weakening of Ponnambalam’s TNPF. It is another matter if and how he can convert this into a positive vote for the EPDP, if not for the SLPP, in the long-delayed Northern PC polls, whenever held. – and further on.

The fact is that the TNA’s relative electoral reversals compared to the long past successes, became evident in the local Government polls of February 2018. In many local bodies in the Tamil North, including Jaffna, the EPDP had extended unilateral support for the TNA to claim the Mayoralty. The EPDP was then in the Opposition.

Truth be acknowledged since SLPP’s Gotabaya became President in November 2019, the party did not attempt to upset the apple-cart in the local Government bodies, unlike as might have been anticipated. Obviously, the TNA did not see the other side of it all. Despite the visible reversals suffered in the Parliament polls of August 2020, the Alliance has done previous little to revive it, leave alone trying for a greater patch-up with the EPDP, at least in the matter of Local Government issues.

But the persistent problem for the TNA is not the EPDP or other outsiders, but itself. Ever since they suffered a seat-share reversal, from 16 to 10 in the parliamentary polls, or even before it, the ITAK leadership has been daggers drawn at itself. Party president Maavai who could not retain his parliamentary seat, had begun a campaign against Sumanthiran, who is the contact-person for the West and vice versa, especially after Alliance leader R Sampanthan’s age began telling, is at it again.

Rather, Sumanthiran began this round by firing a salvo at Maavai for allegedly deciding to field Arnold again, unilaterally, after the latter had lost the confidence of the council House, twice in a row and on the same issue.  Maavai has since joined issue and has publicly promised to respond to Sumanthiran’s missive in writing.

The fact is that the TNA first and the ITAK alongside have been playing a game of self-destruct, with Sumanthiran at the focus of all internal politics within the grouping. This, even when they were/are supposed to be busy, strategising for internationalising the ethnic issue all over again, what with the March session of the UNHRC providing them with a desired opportunity.

There are two, rather three issues here. One, of course, is UNHRC resolution proper, which they will take up from where they had left two years back., There some in the Tamil community nearer home are talking about moving the ICC and all, but which will mean they are moving away from the pending process, which seemingly hit a patch, all over again.

Then, there is the Constitution-making process, and rumours and analyses of dissolving all Provincial Councils. For now, the SLFP parent turned junior partner of the ruling SLPP, and its leader, former President, Maithripala Sirisena, have opposed such a move. Leaving aside the propriety and wisdom of it all, the Government will require the backing of the SLFP for the two-thirds majority it now has in Parliament, to clear any such constitutional proposal. The question of a public referendum, if at all, can come only afterwards.

TNA’s Sampanthan has since been quoted that they will require the international community’s involvement for addressing the political solution part of the tangle. Leave aside the mood and method of the Rajapaksa regime and the Sri Lankan State to it all, especially when the TNA is talking even louder about the Geneva process, whether they will like to offer a seat to the international community at the high table, for what essentially looks like an internal national process is a question for which Sampanthan, too, would have his answers even before he raised the question. If nothing else, all Sinhala stakeholders will be wary of the international community using any opportunity offered in such a case, if at all, to widen the scope of their engagement on the Constitution-making process, going beyond the Tamil question.

Then, there is a third question. Would the West want to direct the Geneva process to include the purported plight of the other ‘minority issue’ in the country, involving the Muslim community, since after the Easter blasts, blamed on some dlinquents from the community? If nothing else, there is this issue of the burying of the Muslim COVID-19 dead, where Sri Lanka is only country to have directed cremation, instead. All Muslims are united on this issue inside the country, and the rest of the polity, including many from within the ruling dispensation, too, are sympathetic. It could well mean the West talking to the Muslim groups before going back to the drawing-board in Geneva, between now and March….