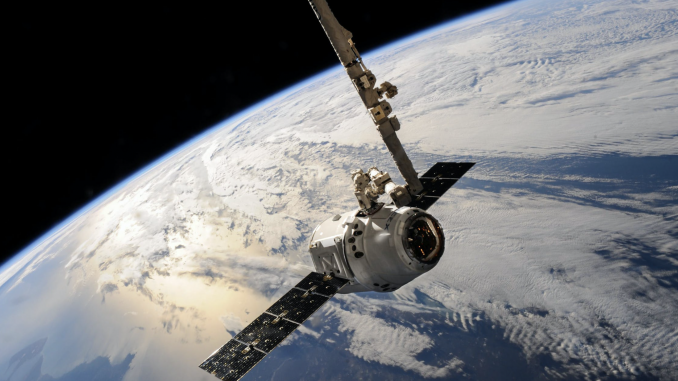 In the existing global power paradigm, it has become the prerequisite to achieve success in outer space, to have a more dominant role in the decision-making process at the global level. Sustaining a modernized and up-to-date army and weaponry has always been the indispensable element of state power. The advanced weaponization of the military is believed to be an essential tangible factor in the foreign policy-making of a state and the pursuance of its national interest. To attain global status and in its pursuit attain escalation dominance on Pakistan, India is actively mobilizing its space-based activities. The Indian officials and scholars are insisting upon their government to utilize space for deterrence purposes as well. Thus, the offensive space-based capability increases the chances of any misadventure and could pursue the Indian officials to take hawkish steps against Pakistan once they have contentment over its deterrence capability, which leads to instability in the region.

The developments in the international arena, entailing the US’ withdrawal from the Open Skies Treaty, creating its space force, and increased testing and development of the ASAT program by the major powers, have unwrapped ways for space weaponization. India is considerably pursuing its outer space program, which is particularly antagonistic towards Pakistan. Indian intentions appeared to be hazy when US President Ronald Reagan presented his Star Wars Program. India showed ambiguity of its space program to be civilian and purely pacifist or otherwise. In March 2019, when India conducted its ASAT weapon test, it appeared to surprise the international community. It considered that to be a peaceful space program, but not to Pakistan, which reiterated India’s intention of space weaponization.

Furthermore, the missiles don’t just cross or target the space-based assets but could also be stationed in space, and the stationed space-based assets could also target each other in space. The militarization of space has increased the data conveyance and information availability to the states in no time, and states could gain real-time information about their adversaries. This kind of information could target the adversary’s military assets in pre-emptive attack excessively. This would amplify uncertainty between the states, and a security dilemma would be created at the adversary’s end, especially those lacking in space technology.

India has also signed an agreement with the US, which is the latest of the agreements between the two states for enhancing military cooperation. (Basic Exchange and Cooperation Agreement) would allow India to get its hands on satellite data, sensitive information, and real-time access to the US geospatial intelligence. This cooperation by a superpower would tremendously increase India’s space-based capabilities and give India an edge over Pakistan in case of conflict scenario. It would also provoke India to go for a pre-emptive strike against Pakistan.

On the other hand, Pakistan has a nascent space-based program; nevertheless, it has a space vision by 2047. Even though Pakistan is not in a contest with India over the outer space program, but the security concerns of Pakistan have always been India centric, which necessitates the espousal of concrete steps to be taken in the future for enhancing the security of the country in the context of outer space too, for maintaining the minimum credible deterrence against India. In the technical domain, satellites have a principal role to play and are considered the most significant tool in case of conventional conflicts. The ASAT, on the other hand, also relentlessly affects the adversary’s capability of a second strike attack, in case it would be engaged against its C4I2SR satellite (Command, Control, Communication, Computer, Information, Intelligence, Surveillance, and Reconnaissance Satellite). The sound Outer Space Program has become essential for Pakistan to maintain deterrence, including remote sensing satellites, communication, early-warning satellites, and uninterrupted communication. Both the South Asian states, with bilateral mistrust and war-prone history, have found themselves in yet another competition, and a new zone of conflict has been opened by India, which could be detrimental to peace and security in the region.