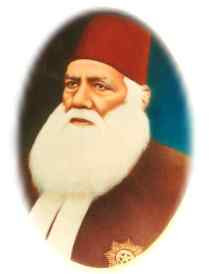 As we celebrate the 201st birth anniversary of Sir Syed Ahmad Khan on 17 October 2018—the founder of Aligarh Muslim University (AMU), at a time when the whole debate is about nationalism and hyper-nationalism. We are living in a strange time when false narratives are constructed by none other than ruling establishment to push their political agenda. They are working hard to erase the past and set a revised version of history based on incorrect and divisive narratives.  There are many attempts to divide the already fragile society to steer the nation to their apparent goals. The mainstream is accepting the divisive politics of the right-wing parties to the detriment of the Indian state. From South to North and East to West, the only principle that has helped the ruling establishment to capture power is mobilizing the voters on the communal platform and other similar issues. We need Syed’s vision of the Aligarh Movement to re-enact the harmony of the caste, creed and religious beliefs.  His mission of scientific education in the society needs special attention to counter the present challenges we live in, against the wave of aggressive nationalism which has already taken many lives, resulted in lynchings and hate crimes. An honest effort should be made to understand the vision of Sir Syed.

Sir Syed realized the importance of modern education and believed that education alone will help to reach the cherished goal of development, peace, harmony and political stability of people. As Syed said, “Look forward, learn modern knowledge; do not waste time in studies of old subjects of no value.” On one hand, Sir Syed stood for reformation and transformation of society to modern ideas, especially to the backward Muslims; on the other, he did not compromise the identity of the Muslims. What Sir Syed wrote about the society and the human culture 150 years ago continues to hold true till today. The thinking of Syed on many critical issues can still provide us with significant insights into pro-active dialogue and discussion even on the matters of religion.

Sir Syed was a reformist and progressive thinker of his time. His main contribution and relevance to the present day is his belief in multiculturalism where all communities irrespective of any caste or creed must be allowed equal status and to live in harmony.   Aligarh Muslim University (AMU), founded by him has always adhered to the vision of this great soul, even though the institution always remained in the news sometimes about minority issues, and its Muslim name, the portrait Mohammed Ali Jinnah or pictures of two Kashmiri students who were allegedly charged with some unlawful activities.

The main concern and focus of our academicians, scholars, thinkers and writers, the civil society and even the political class should re-learn, re-think, and re-analyze the past glory of humanism and brotherhood. We must bring the blurred contours of history and contextualize his [Sir Syed’s] vision to the present day, and make honest efforts to end the hate and disparity in the name of religion. Without his mission and the contribution of AMU, this mission of the multicultural society will remain as a distant dream. Here I recall the prophetic words of Zakir Hussain—the third President of the Republic of India when he characterized AMU a laboratory of Indian pluralism. It is this pluralism that needs to be cherished keeping all political differences aside. It is AMU alone that has the power to serve the society than ever before. This great son of South Asia can re-invigorate all generations to come if the society takes him seriously. He has a permanent place in the history of the Subcontinent. It is the students of this great institution can hear the great call from Sir Syed “do more.”