Sing for solidarityA Kyrgyz singer sparks a debate about sexism

In a country where some women are still kidnapped and forced to marry, her voice is welcome 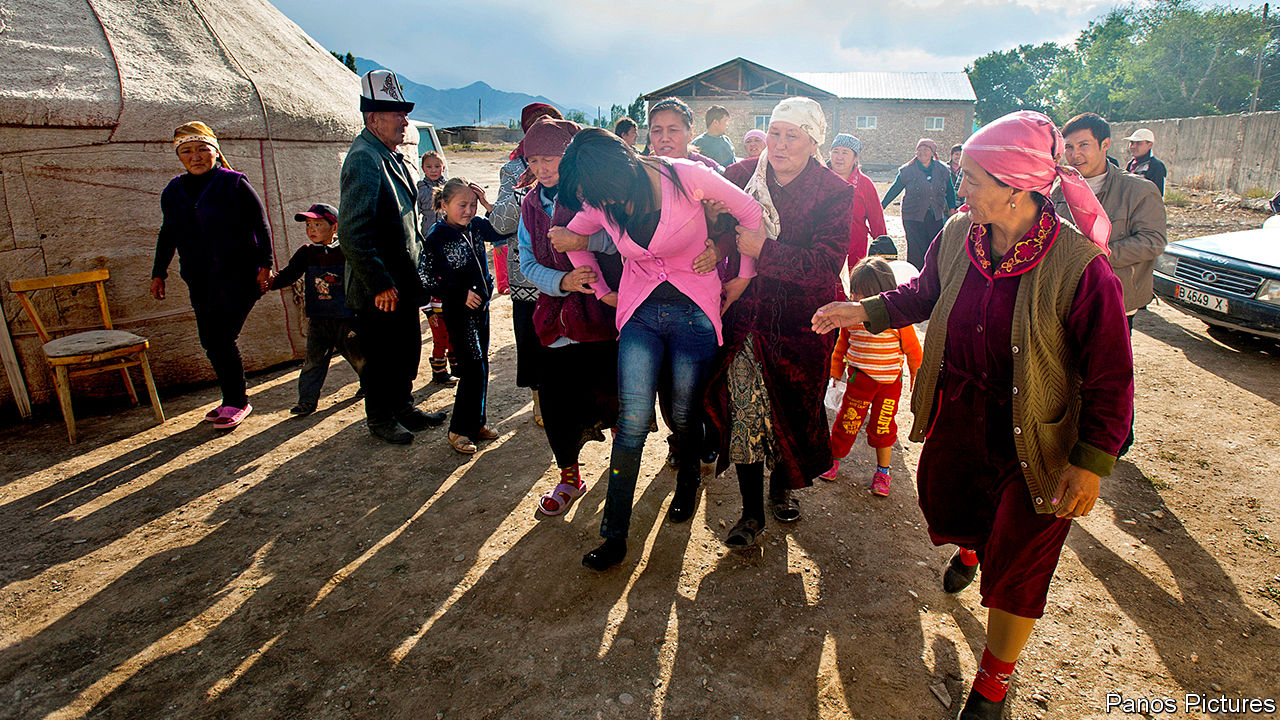 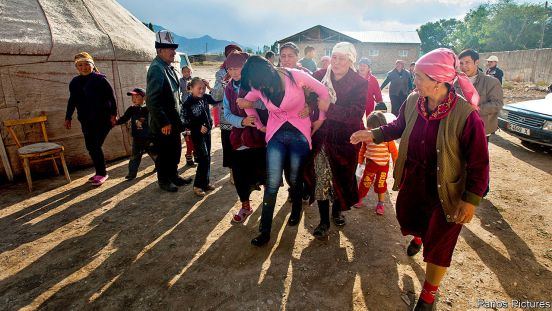 WHEN Zere Asylbek, a 19-year-old singer from Kyrgyzstan, took to YouTube with a lyrical cry for equality, she did not expect to draw much attention, let alone death threats. The song, called “Kyz” (Girl), was hardly militant. Zere (her stage name) yearned in husky tones for a new era when “no one will tell me, ‘Don’t wear this, don’t do that.’” In a country of 6m people, her clip went viral—and the self-appointed guardians of Kyrgyz morality began telling Zere what to wear and do. One threatened on social media to cut off her head.

Her attire seemed to arouse even more ire than her message. In the video she wears a miniskirt and an open jacket with nothing (horrors!) but a lacy purple bra underneath. Women in various outfits, including one in a hijab, stand alongside as she urges them to unite for freedom. Moralists declared the glimpses of cleavage and flashes of bare midriff uyat, a word meaning “shameful” that is widely used in Central Asia to censure female behaviour.

Some detractors, including women, objected to Zere’s clothing on religious grounds. Most Kyrgyzstanis practise a moderate form of Islam. Those who have castigated Zere most vehemently seem to be social conservatives who want women to know their place. The controversy has also inspired an ardent defence of Zere by both men and women, some of whom have posted photographs of themselves in bras to show solidarity.

Zere is not alone in facing denigration and threats for speaking up for equality of the sexes in Central Asia. In Tajikistan Marifat Davlatova, an artist, has been dubbed a “disgraceful whore” for her portraits of nude and topless women intended to protest against sexual harassment and the objectification of women.

Before the Soviet Union collapsed in 1991, the authorities in Kyrgyzstan and the other four Soviet republics of Central Asia claimed to have emancipated the region’s formerly downtrodden women. In the 1920s, under a policy known as hujum, women were encouraged to burn their veils to show they had been liberated. Women did indeed start to work outside the home and fields in Soviet days, but they also continued to do the housework and look after the children. Senior jobs almost always went to men.

The picture remains mixed. Many women have prestigious jobs. Kyrgyzstan has had a female president, Roza Otunbayeva. But old traditions persist. Women are still expected to marry young, bear children and obey husbands and mothers-in-law.

And not all women marry willingly. In Kyrgyzstan the kidnapping of brides, known as ala-kachuu (grab and run), is rife. Some 12,000 women are abducted every year, sometimes by complete strangers who coerce them into wedlock. The victim’s family may also press her to marry her kidnapper, even—or especially—if he has raped her, since many still consider it uyat for a woman to return home after being kidnapped. It was the fate of a kidnapping victim that inspired Zere to write “Kyz”. Earlier this year Burulay Turdaliyeva, a 19-year-old student, was stabbed to death by her abductor in a police station after her family reported the crime.

Zere says to her critics, “Shut up, and listen and try to understand what this is about.” One man who is listening is her father, who defends her on Facebook as a “freethinking girl in a free Kyrgyzstan”. Though he hinted at disapproval of her clothing, he eagerly endorsed her message: “Daughter, make your own decisions!”