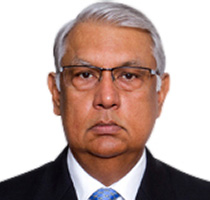 BANGLADESH will go into election mode in the next few months. Democratic transfer of power in Bangladesh became the norm ever since the overthrow of military dictator General HM Ershad in 1990. The army-backed caretaker government, during 2007–2008, was an exception in Bangladesh’s democratic governance. Bangladesh has never voted an incumbent government back to power, except in 2014, when the BNP, boycotted the election, giving Sheikh Hasina’s Awami League a walkover. The forthcoming election by the end of this year will be held again without a caretaker government.

During the tenure of military dictators, Bangladesh had turned its back on secular principles of the liberation war that were embedded in the 1972 constitution. Islamisation of Bangladeshi society was encouraged under the military dictators who were trained in Pakistan. Their model of governance drew from the Pakistani experience and they formed alliances with Islamist parties whose leaders were later accused of war crimes.

Domestic issues in Bangladesh, like the quota in government jobs and the snowballing effect of the student agitation on controlling unruly and chaotic traffic in Dhaka, have the potential to undermine domestic stability. Hasina’s government has faltered and mishandled several issues, the most recent being the student agitation against unruly transporters and reckless drivers of commercial vehicles in Dhaka who enjoy political patronage of corrupt ministers and ruling party leaders. The death of two students precipitated the ire of the students nationwide and the arrest of an internationally acclaimed photographer for defaming Bangladesh on this issue, was a callous decision that has invited international opprobrium. Hasina has shown no sign of flexibility.

Allegations against Hasina’s government include authoritarian governance, hounding of the opposition and rampant corruption. These issues and the India factor will dominate the electoral campaign. The sustained harassment of political opponents has only added to the growing sullenness among sections of the people and a pervasive feeling that the ruling AL government has assiduously subverted democratic norms and institutions. There is growing consensus that if elections are free and fair, the AL will be reduced to an embarrassing minority in the next parliament. Many critics believe that the Hasina government will ‘manage’ the election. This is popularly called ‘rigging’ in South Asia.

Critics allege that every national institution has been compromised and packed with party sympathisers. The national campaign against drugs has allegedly led to a ‘shoot to kill’ policy that has led to deaths of innocents, according to human rights activists. One former chief justice of the Supreme Court, belonging to the Hindu minority community, fell out with the government and was forced to resign and seek refuge in exile. The Hindu minority, normally very supportive of the AL, is agitated and angry because AL leaders have grabbed Hindu properties with impunity. AL leaders think that India has no option but to support the AL and will not complain about harassment and discrimination against the Hindu minority. On the positive side, the government’s action against militant religious extremists and terrorists has been effective. The economy has also done very well under the stewardship of the Hasina government, though rampant corruption and crony capitalism have marred the economic landscape.

The main opposition Bangladesh Nationalist Party is in disarray with its chairperson Khaleda Zia, twice prime minister of Bangladesh, is in jail for embezzlement. The acting-chairman, Khaleda Zia’s son, Tarique Zia, is in exile in London, unable to return because of convictions in several cases which will land him in jail for many years if he returns to Bangladesh. The BNP, with its back to the wall may opt for a national agitation which could lead to a situation which could invite the intervention of the army. This seems unlikely though it might fulfill the demand of the BNP for any government but the incumbent one to conduct elections. The lack of trust between political opponents is huge and unbridgeable. Hasina has reiterated her unwillingness to have any conversation with the opposition.

The BNP will not take the risk of boycotting the forthcoming election because it could lose its registration if it does so. BNP’s ally, the Jamaat-e-Islami, the main Islamist party that has a consistent history as a fifth column for Pakistan, is also in disarray. Its top leaders have been convicted for war crimes and hanged. It has lost its registration as a political party after the Supreme Court found its charter in violation of the constitution. The JeI believes in the usual Islamist objectives of imposing Sharia law and close relations with the Muslim ummah.

Moderate BNP leaders, with the blessings of Tarique Rahman, have reached out to India. Tarique has encouraged agitation against the incumbent government. In the coming days and weeks verdicts of courts in the 21 August grenade attack case is expected. Both Khaleda Zia and Tarique may be handed down death sentences. If that happens Bangladesh will certainly be wracked by widespread agitation. There is always the lurking danger of military intervention though Hasina has been very careful in nurturing the military and choosing its leadership with care.

The BNP old guard detest Tarique and would prefer Khaleda as the leader. There is growing tension within the BNP and rumours of a section breaking away to form another party have surfaced. The AL is rumoured to be involved in this potential breakup. The BNP’s electoral platform includes the demand for elections under a neutral government. It alleges that the Election Commission and the judiciary have been subverted by the AL government. Hasina had offered in 2013 to have an election time government, including BNP leaders, to allay concerns of vote rigging and manipulation. The BNP refused to take up the offer, insisting that Hasina must first resign as prime minister and hand over the reins of government to mutually agreed neutral persons.

Meanwhile, amidst political realignments, a new entity called the Jukto [Joint] Front has been formed under the leadership of Dr Kamal Hossain of the Gonoforum and former president AQM Badruddoza. The latter had broken away from the BNP after he clashed with Tarique Rahman and was forced to resign as president. He later formed the Bikalpa Dhara, a political grouping. Dr Hossain was in the AL and was Bangladesh’s first foreign minister. He too fell out with Hasina and left the AL. Other smaller parties may also gravitate towards the Jukto Front. The BNP has welcomed this development, no doubt hoping to form an alliance to fight the forthcoming election. True to form, Hasina has made caustic remarks on this formation.

Bangladesh, with a population of around 170 million is the eighth largest country in the world and is India’s third largest neighbour. With a GDP of $250 billion, measured in PPP terms, Bangladesh is ranked 34th in global GDP rankings. In the last decade, Bangladesh has emerged as India’s closest geo-strategic and geo-economic partner in the South Asia. The positive transformation in bilateral ties has occurred with political developments and discourses in India and Bangladesh changing under different governments. Pragmatic policy decisions have aided successful conclusion of long-pending issues have aided this process. The two most important agreements which have given fillip to the creation of a positive ambience are the Maritime Boundary Agreement and the Land Boundary Agreement.
As Bangladesh and India head for general election in 2018 and 2019 respectively, the India factor will also loom large, as the BNP is likely to pillory Hasina of kowtowing to India. The main criticism will be that Hasina has given India too many concessions in return for precious little. This is an old tune but is revived by the BNP and allied opposition parties during election time. The overhang of the issue of the illegal migration that has already acquired a high profile in India with the publication of the draft National Register of Citizens in Assam, will continue to make Bangladesh nervous. Bangladesh-India bilateral relations will have to be insulated from the collateral effect of the NRC. Sharing of river waters will remain a challenge in bilateral ties but not an insurmountable one.

Bangladesh-India relations have reached a stage of maturity and with further integration of infrastructure, upgrading of border trading stations, the Motor Vehicles Agreement, bilateral ties can be expected to grow stronger in the future. While India will deal with any government in Dhaka regardless of its hue, it would strain the imagination to conceive of an Indian option to oppose Hasina. There is, however, a growing feeling in policy circles in India that Hasina’s authoritarian impulses and taking India’s support for granted would not be in India’s interest.

South Asian Monitor, September 5. Pinak Ranjan Chakravarty is a distinguished fellow at the Delhi-based Observer Research Foundation; he is a former secretary in India’s ministry of external affairs and was India’s high commissioner to Bangladesh in 2007–2009 and deputy high commissioner in 1999–2002.