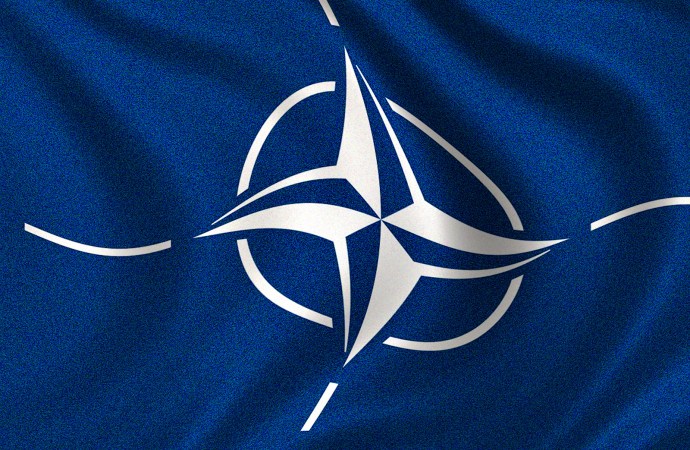 The NATO investigation about the Salala attack has been completed two days ahead of the scheduled date. The full text of the report is yet to be released but some of the key findings were revealed in a press briefing by the Pentagon. In essence it has concluded that the unfortunate incident was not deliberate but occurred due to a series of errors and misunderstandings by both parties. It does, however, reluctantly concede that the International Security Assistance Force (ISAF) and the Afghan National Army (ANA) forces that were operating near the border against the Afghan Taliban militants share some of the blame for the fiasco – but it was unintentional as the event was precipitated by what the ISAF and ANA troops considered provocation in the form of fire from the direction of the two outposts across the Durand Line.

ISPR has, as expected, rejected the findings and insists that the brazen attack was deliberate and unprovoked and the Pakistani troops in the two outposts did not initiate hostility and only responded when they came under fire. The Pentagon expressed its regrets and remorse and agreed to financially compensate the aggrieved families. It stopped short of an apology. Pakistan dismissing the compensation on the grounds that no price could be placed on the loss of precious lives and insists on an unconditional apology, punishment for those found culpable and a renegotiation of the rules of engagement.

A joint investigation by American and Pakistani authorities, as offered by the Pentagon, would have been desirable but Pakistan turned it down. Their earlier experience on joint investigations of similar violations (but of lesser magnitude) left them quite bitter, as Pakistan insisted that the views of their members were sidelined and a biased report under the heading of joint investigation had resulted. Pakistan did not want to repeat that situation again and decided to conduct its own independent post-mortem to counter any negative fallout of the Pentagon’s inquiry.

The Pentagon report, to the extent it’s been released, and the Pakistani version have areas of convergence and divergence. The latter aspect will be examined and analyzed to determine if the wide gaps that have emerged can be bridged and the conflict amicably resolved. A continuation of the stand-off will harm both and will benefit the terror groups whose elimination is their joint objective.

In the press brief the Pentagon “accepts some of the blame but links the incident to lack of trust, lack of coordination and ‘first fire’ from the Pakistani side.”[1] The report goes on to acknowledge that “efforts to determine who was firing on the US troops and whether there were friendly Pakistani forces in the area failed because US forces used inaccurate maps, were unaware of Pakistani border post locations in the area and mistakenly provided the wrong location for the troops.”[2] And yet, USAF Brigadier-General Stephen Clark who led the investigation concluded that the “US forces were fired on first and acted in self defense; it is not sure who really fired the first shot.”[3] This major dichotomy can only be commented upon once the full text of the report is released and studied in detail.

Pakistan dismissed the claim that fire was first initiated from their outposts and maintains that they only fired back in retaliation once under attack. It further declares that the position of the two fresh outposts had been provided at the relevant level to ISAF. This aspect is easily verifiable and perhaps for this reason the Pentagon report mentions that their troops were unaware of the location of the two Pakistani check posts so close to the Durand Line. This implies that if the Pakistani assertion is correct, which would not be difficult to confirm, the high command of ISAF and the ANA failed to provide the requisite information to their troops that were operating so close to the border. The blame for the failure to do so would then rests squarely on ISAF and ANA.

how to learn spanish

The point about Pakistan confirming that their troops were not present in the vicinity of the area of operation has also been clarified. The Pentagon admits that the coordinates provided to the Pakistani authority when checking for their troops were wrong and it indicated a region about 14 kilometers from the actual site. Here again the blame rests squarely on ISAF. Where did Pakistan falter is unclear from the briefing. If the Pentagon investigation team has come to the conclusions solely on the basis of the testimony of the ISAF and ANA forces that were involved, it would reflect poorly on its competence and motive. One has to again wait for the full report to further comment on the findings.

The Pentagon insists that the actions of their troops were not deliberate and was a result of provocation, or what they considered provocative fire from across the Durand Line. Pakistan vehemently disagrees with this conclusion. It maintains that when the first outpost Volcano came under attack, the message after a bit of delay was conveyed to ISAF that it had engaged Pakistan Army targets across the border. And yet, about an hour later, the adjacent outpost, Boulder came under murderous aerial fire from ostensibly armed helicopter and C-130 gunships. The Pakistani version that ISAF had been notified can be validated as all important conversations are recorded along with the time these were transmitted. If this assertion is proven, it would make a major dent in the accidental or unintentional conclusion of the Pentagon report. Did ISAF ignore the frantic Pakistani plea because of mistrust? Or did someone somewhere up the ladder decide to teach the Pakistan Army a lesson for what they consider double dealing? This is a million dollar question that has to be resolved before the two sides can make further headway.

The reluctance of the USA to render an apology for errors that they admit were committed by them is hard to fathom. For the sake of argument, if we are to agree that the attack was not deliberate but a result of errors on both sides where only Pakistan suffered grievously, how does it exempt USA from tendering an apology? Were I to accidentally spill hot coffee on my comrade scalding him or worse inadvertently mow down a pedestrian while driving, can I claim that an apology is not called for because my actions were not deliberate? And yet, USA, the sole superpower and the self-proclaimed champion of justice and fair play are insisting on such a stance.

To understand the US psyche and mindset on the apology issue at the national level, one needs to look at the statement of the then US Vice President Bush (Senior) that appeared in Newsweek magazine in 1988. When questioned on the shooting down of an Iranian airliner in the Gulf by USS Vincennes in 1988 and where some of the US analysts were blaming the Captain of the US Warship for reckless and aggressive behavior, Bush (Senior) retorted, ‘I’ll never apologize for the United States of America. I do not care what the facts are.’ And Bush the then Vice President
who became the President of USA a year later, is considered to be one of the saner elements in the past and present US leaders. Is that imperial hubris at its worst? – US scholars and citizens might be better able to explain this that I, but it seems as if the United States fails to distinguish between apologizing for a specific wrongful act and apologizing for the entire American experiment. All nations have blood on their hands, it is pointless to pretend otherwise.

In conclusion, a sobering thought for the people of Pakistan would be in order. It was heartening to witness the whole nation jelling as one entity in the face of naked aggression by the Pentagon led ISAF. The loss of the precious lives of its 26 brave soldiers by those who are our supposed allies
isn’t something to be condoned. One would wish to see similar sentiments when our fighting men in defense of their homeland against anarchy are martyred and maimed periodically by religious extremists. Only then would the international community take us at our word that we are serious about eliminating terror in all its form.

[1] Editorial, ‘After the Salala probe report, The Express Tribune, 24 December 2011