Religious freedom with an Islamic twist: How the Medina Charter is used to frame secularism in Bangladesh 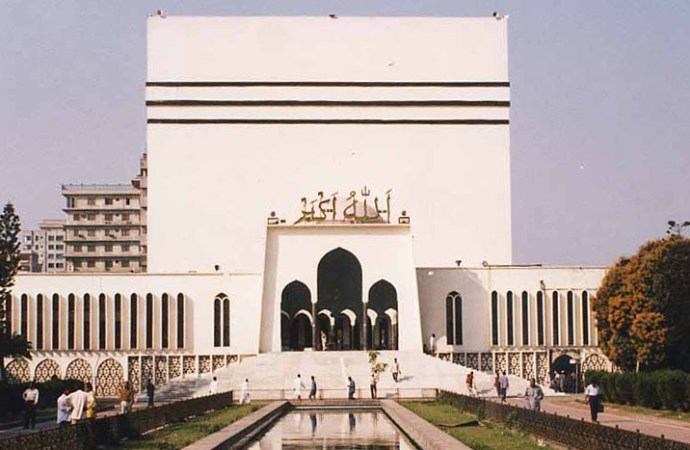 Constitutionally Bangladesh is a secular state and Islam is the state religion. To many, this may contradictory. However, Bangladesh’s Prime Minister Sheikh Hasina has repeatedly stated that Bangladeshi secularism is inspired by the Medina Charter, a seventh century document considered by many as the constitution of the first Muslim state founded by the Prophet Muhammad.

Hasina’s statement might on the face of it little sense because we live in a world where our understanding of democracy, secularism and so forth are mostly constructed around Western pedagogy firmly rooted in the legacy of the European enlightenment. Therefore, it can be hard to connect the dots: how does secularism – rooted in European history and philosophy – connect to Medina Charter – an historic Islamic document? This article seeks to unpack the puzzle.

Secularism is a contested term and it has multiple meanings.  Tschannen (1991) in his essay The secularization paradigm: a systematization argues that from the European perspective, the paradigm of secularism is based on three concepts: differentiation, rationalisation and worldliness. In Tschannen’s view, the rational worldview facilitated the emergence of science, which proposes a new interpretation of the world that competes with the religious worldview. He argues that the emergence of worldliness derives from un-belief in God against the backdrop of the emergence of rational science and rational socialisation process.

Such a rationalisation has two implications in human society. Firstly, the rational worldview facilitates the emergence of science, which proposes a new interpretation of the world that arguably competes with the religious worldview. Secondly, when this rational and scientific interpretation of the world is applied to human affairs, we witness a process which attempts to determine social life in a rational fashion.

The idea of secularism in the West emerged in part against the backdrop of tyranny of Churches towards European societies—an implication of which later culminated with the emergence of modern nation states—physical and sovereign manifestation of being free from oppressive regimes of religious authorities.

The very word ‘religion’ then has different meaning in Western and Muslim societies. Religion in the West is heavily tied to a long history of power and authority of Church—an establishment which legitimised its power based on religion.

By contrast, religion is not tied a religious establishment in Muslim societies. There is little evidence to suggest that mosques have ever played the role of authority to the extent that the Churches did in Europe. Rather, to Muslims, mosques are spiritual places where political sermons have taken place at times.  The point is that the evolution of the word religion follows a trajectory in Muslim societies different than Western societies.

Bangladesh is a predominantly a Muslim majority society where 90% of its population identifies as Sunni Muslims according to 2011 census. Due to this religious demography, it is pertinent to argue that Western secularism, which proposes a strict separation between religion and state, does not particularly appeal to its majority population.

For example, over 98% of Bangladeshi Muslims in 2009 said in a Gallup poll that ‘religion plays a very important role in their lives’. A Pew Survey in 2013 found that 82% of Bangladeshi Muslims favour making Islamic law the official law of the country and 71% said they wanted religious judges to decide family and property disputes. A Gallup poll in 2006 came up with similar findings which stated that 91% of Bangladeshis wanted the constitutional and legislative framework of the country infused in religious values.

Within this social mindset, European models are of little use, so what is best way to promote the essences of secularism, pluralism and free exercise of religion? Defining secularism through Islamic reference becomes key, which is precisely what the Prime Minister has sought to do by invoking the Medina Charter. Even though it was framed in seventh century it remains a progressive document fostering pluralism.

The charter came into being after the Hijra known as Prophet Muhammad’s emigration to Medina from Mecca. Medina at that time was inhibited by many Jews, but Prophet Muhammad affirmed that that ‘the Jews will be treated as one community with the believers’ in article 30 of the Medina Charter. Article 12 states that, “a Believer will not kill another Believer, for the sake of an un-believer” while article 17 reiterates, “no Jews will be wronged for being an unbeliever”. One could see that the essence of the Medina Charts is founded upon protecting rights of minorities and freedom of religion as throughout the charter through various articles, that charter defines the political rights and duties of the members of the newly established political community, Muslims and non-Muslims alike. The Medina charter therefore promotes many essences of secularism even though it is framed by a religious authority of Muslims.

Considering Bangladesh’s religious demography, it is therefore appropriate to argue that Sheikh Hasina has shown pragmatism to define secularism in the spirit of Medina Charter by disassociating Bangladeshi secularism from European history. In doing so, she aims to delegitimise any Islamic justification for Islamists’ violence against non-believers and minorities one one hand and on the other reaffirm her Muslim identity in order to reassure the population she governs that she is one of them. However, Islam’s call of Shura, ‘Adl  and   Haqq’  which refers to socio-political justice in the society is largely missing from this regime. So if Hasina is serious about creating a state that is reflective of Medina charter, there is more work to be done.

[This article is published with the consent of the author. It first appeared in The London School of Economics and Political Science – LSE’s South Asia Centre.]