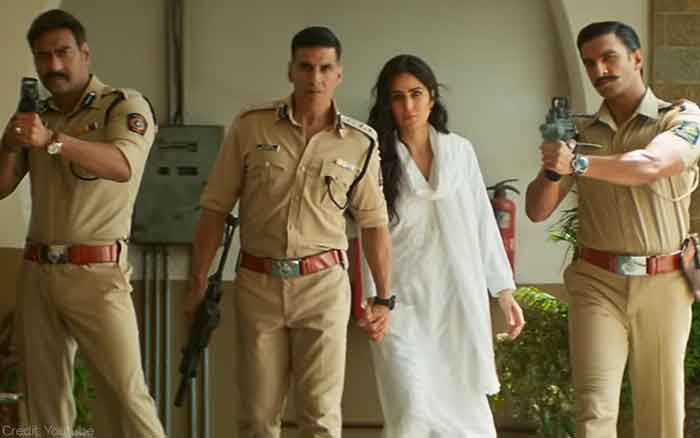 It is high time one questions the eulogization of police brutality by cinema as it justifies custodial deaths and encounters.

The custodial death of Jeyaraj and Fenix had led to a lot of protests in some parts of the country but did not gain a momentum that could be seen in the protests of George Floyd’s Murder. The report by Indian Express talks of trade union bodies and activists who were demanding justice on the custodial death of the father-son duo. But does justice end at getting the perpetrators punished? The marginalised sections of our society constantly live in the threat of violence by the ones who are in power. According to a survey report by NCAT(National campaign against torture), 1739 people died in custody in 2019, in which 60% of the people belonged to marginalised sections of the society.(Link to the report). The report is evident in how often the policemen abuse their unchecked power. And hence, this outrage must go beyond getting the perpetrators punished. This event and common occurrence of such custodial deaths and encounters must question the police’s unchecked power and how cinema stands responsible for problematic portrayals of police forces by justifying and naturalising their acts of violence.

The society has framed a prototype conception of a policeman as this powerful, extremely masculinist omniscient figure who is always right and unquestioned. One could still remember the cartoons where one saw a fit/muscular and power dressed policeman ran after a weak thief who had a black mole (often considered as a mark of the evil) on his face and wore ragged clothes. To a child’s mind, a police officer was the ultimate hero who is there to protect the good and to literally purge the society of its evils.

To my personal opinion cinema too, runs on the same binary of good versus evil in the image of a policeman versus a culprit. Sadly enough, it is the one in power who decides what is good and evil and is always unquestionably correct. The recent events of police brutality- the murder of George Floyd and a torturous sexual assault and murder of Jeyaraj and Fenix made me reflect on the structural problems behind these inhumane narratives of violence. The violence rendered by police in the garb of state welfare has been normalised to an extent that we might turn a blind eye towards many such incidents of violence that go unreported.

Cinema, in its portrayal of policeman as this omnipotent hero, could be one of the causes why such acts of violence might not affect some of us as much as they should. Consequently, such cinematic portrayals do give agency to these law enforcement officers to justify their abuse of power. There have been numerous Bollywood films like Singham, Simba, and many more, that have created the figure of a policeman as ‘a selfless, paternalistic and protective figure’ whose duty is to protect the society no matter how violent he could get in the process of scraping off the evils of the society. In order to eulogise the stock character of an honest police officer, we are introduced to a vulnerable character, who is mostly a woman from a middle-class family. Sadly enough, in reality, the marginalised and vulnerable become prey to such acts of violence. It is interesting to notice how the characters, who play the so-called ‘negative roles’ of criminals in such movies are mostly dark-skinned characters and ‘ugly’ if one looks at them through the societal prototypes of beauty. Such flawed cinematic portrayals have the potential to ingrain racism and create stereotypes. Such movies celebrate custodial deaths and ‘encounters’ and reinstate a belief that policemen are always morally and ethically correct when standing for the law and hence, any act of violence by them deems justified.

At the moment when the rage of justice for Jeyaraj and Fenix seems to fade into an abyss, one can think of how this abyss is borne out of not questioning the untamed glorification of the heroes of Bollywood who justified custodial deaths and encounters in the name of justice.

Sanchit Srivastava is a very passionate researcher and possibly a writer in the making who loves to struggle with the failures of language so that he could write a perfect ‘bio’ one day.