Pakistan, India and Politics of NSG 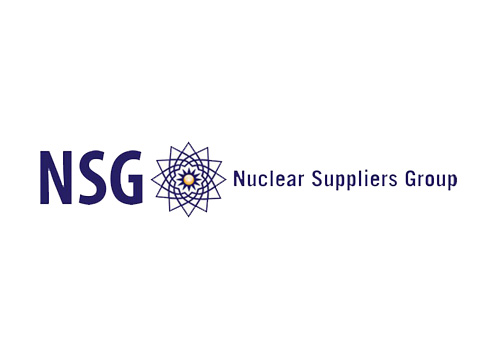 The last Vienna Plenary meeting of NSG ended without reaching any consensus on the issue of NSG candidature for non-NPT states. India was lately giving the impression that it has won the support of the majority of the states including Mexico, Switzerland, Brazil, Russia and New Zealand. But the fact is that New Zealand doesn’t stand a chance against the US pressure. Similarly, the countries in Latin American have different interest. However three major countries Ireland, China and Austria have not shown any change in their stance against the Indian membership. However, India wants to send the message out that NSG issue is still alive and India is diligently working for its membership. It’s almost a decade that membership of NSG has become much contested, especially because of India and Pakistan interest into NSG.

Three dimensions to the whole issue are significant; First dimension is Commercial lobby; it is presumed that US. The commercial purpose was the main idea behind Indo-US nuclear deal in 2005 and later in 2008 when the waiver was granted to India. Second is the politics of norms. If norms are the main factor behind nuclear politics, then Indo-US nuclear deal and NSG waiver should strengthen the nuclear non-proliferation regime.  The third is the “geopolitical” perspective with strategic undertones. The ground realities illustrate that India’s politics and its membership of NSG has less to do with the economic or norms dimension and more influenced with geopolitics. The Indo-US deal on space technology existed since 2004 long before the Indo-US nuclear deal. Now it is believed that India will be able to enhance the sophistication of its missiles. Things further gained pace in 2010 and the idea was floated that India should be the member of all the cartels such as Australia Group, MTCR, NSG, etc. By then the NSG waiver had already been granted to India. India now is the strategic partner of the US and enjoys more autonomy than other allies of the US.

India is being mainstreamed by the U.S., and it has maintained that there is no need for new criteria. It claims that India is already complying with some commitments and these commitments are sufficient to guarantee India a membership.

Norms’ applicability can be viewed while examining all the treaties regarding non-proliferation. In this regard, the UNSC resolution 1540 (2004) could be taken as the finest arrangement within the export control norms. Pakistan is one of the leading states who prepared a legislative law which became a statute in September 2004. Such features provide enough justification for Pakistan’s case as a well-qualified state for the export control regime as India’s export control laws were presented long after Pakistan’s.

Most of the countries were given the impression by the US and India that Pakistan has been brought in by China as a reaction to Indian membership application to spoil the Indian case. Contrary to this, Pakistan had its Export Control Act in 2004. Since then it has been updating its NSG list. Islamabad announced its NSG compliance list in 2005 followed by two subsequent reviews in 2007 and 2012 that ensures the working on this issue long before India had applied for NSG membership. Hence when India applied, Pakistan had already done its homework and was ready to apply which it did instantly. Also, it wouldn’t have been possible for Pakistan to apply within six days of Indian application. Pakistani side gave a detailed dossier spanning over 300 pages within six days which shows that the preparations were already there. So Pakistan has to tackle this impression as well.

The right time to insist on a stringent criterion for non-NPT states was in 2008. At that point, NSG countries missed an opportunity where they could have asked both Pakistan and India to adhere to strong non-proliferation commitment simultaneously. This could have injected nuclear restraints in South Asia. But now India has access to all kinds of nuclear technology and has the capability to live without the membership of NSG. For India, it is a matter of prestige. For now, it will not be easy for India to meet any new criteria as it can live without it.  Earlier this year, Pakistan’s foreign affairs advisor indicated that Pakistan is willing to enter into a bilateral non-testing agreement with India. Back in 1998 as well, Pakistan proposed simultaneous adherence to CTBT by both Pakistan and India. Later India refused by making it clear that it is not going to join CTBT. Now Pakistan has found a middle ground i.e. the bilateral agreement which is still better than unilateral moratoriums because unilateral moratoriums are voluntary however India is not willing for such a bilateral agreement as well because it does not comply with its interest.

India is of the view that NSG membership is very significant for their prestige and for this purpose India went openly for an alliance with the U.S. Even after the meeting scheduled for 11-12 November 2016, the trends are not in favor of India. However, Pakistan also needs to maintain its resilience in its policy regarding the issue of NSG membership.

Viewing the increasing number of countries supporting universal criteria for non-NPT states, it can be assumed that Indian membership in NSG doesn’t seem forthcoming which is ultimately good for Pakistan. However, if Pakistan could not win the membership simultaneously with India, it should still not give up on its ambitions as it needs recognition in the long run. Pakistan can gradually and eventually get there by constant efforts, but it should not rush and must keep the pace of responsible nuclear weapon state.