Natural gas: An underrated driver of Saudi hostility towards Iran and Qatar 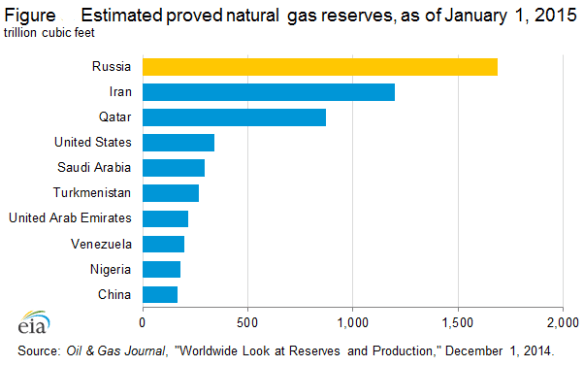 Debilitating hostility between Saudi Arabia and Iran is about lots of things, not least who will have the upper hand in a swath of land stretching from Central Asia to the Atlantic coast of Africa. While attention is focused on ensuring that continued containment of Iran ensures that Saudi Arabia has a leg up, geopolitics is but one side of the equation. Natural gas is the other.

With signatories to the Paris climate accord moving towards bans on petrol and diesel-driven vehicles within a matter of decades and renewable energy technology advancing in strides, natural gas takes on added significance.

These global energy trends are hastening in an era in which oil will significantly diminish in importance and natural gas, according to energy scholar Sergei Paltsev, will fill gaps in the provision of renewable energy that await technological advances.

Saudia Arabia’s problem is that Iran and Qatar have the gas reserves it does not. That is one reason why renewables figure prominently in Saudi Crown Prince Mohammed bin Salman’s Vision 2030 reform program, not only to prepare Saudi Arabia economically for a post-oil future but also to secure its continued geopolitical significance.

Prince Mohammed, like his counterpart in the United Arab Emirates, Crown Prince Mohammed bin Zayed, hopes that the kingdom will have an advantage in the generation of solar energy given that the sun hovers higher over his country than over Europe and other parts of the world and that it has less interference from clouds.

As a result, natural gas is a factor in mounting tension between Saudi Arabia and Iran, and say some analysts, a driver of the Saudi-UAE-led, ten-month-old diplomatic and economic boycott of Qatar.

In what could constitute a serious escalation of hostilities, the Saudi-led coalition in Yemen threatened this week to retaliate against Iran in response to missile attacks on the kingdom by Iranian-backed Houthi rebels.

“Perhaps, the Saudi elite knows all too well that the basis of its power is hollowing out rapidly as a result of the global climate response and anticipated dwindling of conventional oil. The stakes could never have been higher,” said international relations scholar David Crieckmans in a recently published volume on the geopolitics of renewables.

Contributing to the same volume, Thijs van de Graaf, another international relations scholar, suggested that of all the Middle Eastern oil producers, Saudi Arabia may have the most to lose.

Ironically, crippling sanctions that severely hampered Iran’s oil production and only began to be lifted following the 2015 international agreement that curbed the country’s nuclear program coupled with US threats to withdraw from the accord and potentially reimpose sanctions may work in Iran’s favor in the transition to a post-oil world.

“Iran…has a lot of advantages. It has a much broader economic base, a long tradition of trading, and lower fertility rates… The country’s oil production is much under its potential due to years of sanctions. This might, in the long run, turn out to be an advantage as these economies prepare themselves for a post-oil age,” Mr. Van der Graaf said.

Add to that the fact that it is likely to be gas supplies from Iran and Turkmenistan, two Caspian Sea states, rather than Saudi oil that will determine which way the future Eurasian energy architecture tilts: China, the world’s third-largest LNG importer, or Europe.

“Iran, within five years, will likely have 24.6 billion cubic meters of natural gas available for annual piped gas exports beyond its current supply commitments. Not enough to supply all major markets, Tehran will face a crucial geopolitical choice for the destination of its piped exports. Iran will be able to export piped gas to two of the following three markets: European Union (EU)/ Turkey via the Southern Gas Corridor centering on the Trans-Anatolian Natural Gas Pipeline (TANAP), India via an Iran-Oman-India pipeline, or China via either Turkmenistan or Pakistan. The degree to which the system of energy relationships in Eurasia will be more oriented toward the European Union or China will depend on the extent to which each secures Caspian piped gas exports through pipeline infrastructure directed to its respective markets,” energy scholar Micha’el Tanchum argued.

In other words, the existential threat Iran poses to Saudi Arabia goes far beyond the fact that the Islamic republic challenges Saudi monarchical rule by offering an alternative, albeit flawed, form of Islamic governance that incorporates a degree of popular sovereignty. It involves competition in which Iran can leverage assets Saudi Arabia does not have, leaving the kingdom dependent on containment that at best postpones issues rather than accommodates solutions. It also means that the antagonists’ regional proxy wars in Yemen and elsewhere are unlikely to remove the fundamental issues that drive the Saudi-Iranian rivalry and translate into destabilizing short-term policies.

Hardliners, including US President Donald J. Trump’s newly appointed national security advisor, John Bolton, and nominee for the post of secretary of state, Mike Pompeo, may be proponents of regime change in Iran, yet, the question remains whether that would truly alleviate Saudi fears that are shared by Israel. If successful, it would eliminate the Islamic governance challenge, but do nothing to alter the reality of a changing energy landscape.

Barbara Slavin, an Iran expert at the Washington-based Atlantic Council, cautions that a possible US withdrawal next month from the nuclear agreement with Iran does not necessarily mean either the demise of the accord or a re-imposition of a crippling sanctions regime.

“Twenty years ago, Congress passed similar secondary sanctions—the Iran-Libya Sanctions Act—threatening penalties against foreign companies investing in Iran’s oil and gas sector. Europe cried foul and the sanctions were never implemented. That could well be the outcome in May” when Mr. Trump has to decide whether the United States remains a party to the accord, Ms. Slavin noted.