MYANMAR SOLDIERS CORROBORATE THE ROHINGYA EXPERIENCE AHEAD OF NATIONAL ELECTIONS 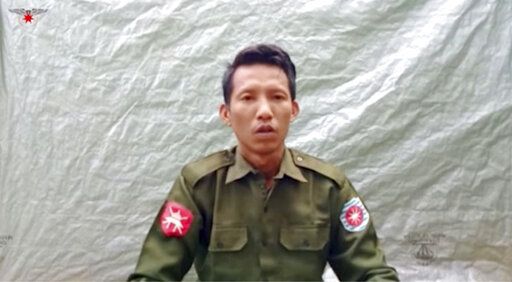 In a first, video testimony from two Myanmar soldiers, recorded by the Arakan Army, a rebel militia currently in combat with the Myanmar military, was released by Fortify Rights, an NGO. It supports long-held beliefs that the country’s military slaughtered the Rohingyas and intended to eradicate the ethnic minority.

The two soldiers of the Tatmadaw, as Myanmar’s military, is often referred to, openly confess their crimes pertaining to executions, mass burials, village obliterations, and rape. They claim that they were ordered by their superiors in the military to “shoot all you see and all you hear” and  “kill all you see, whether children or adults”. This was in August 2017 when the Myanmar military’s violent campaign — in response to the attacks by the Arakan Rohingya Salvation Army (ARSA) — forced more than 740,000 Rohingyas to flee to neighbouring Bangladesh.

This marks the first testimony that comes from perpetrators, not victims, which if true, would create a strong case to support legal claims that Myanmar’s ongoing military campaign against the Rohingyas is a “textbook example of ethnic cleansing”. This presents a remarkable opportunity for the international community to take action through diplomatic and political channels to secure justice for the long discriminated ethnic minority.

The two soldiers, who fled Myanmar last month, are now believed to be at the International Criminal Court (ICC) in The Hague, where an investigation into the Rohingya crisis and related crimes against humanity is underway. Their accounts are also likely to aid a separate case filed by The Gambia before the International Court of Justice (ICJ) in November 2019, alleging that Myanmar’s atrocities against the Rohingya violate various provisions of the Genocide Convention. Last week, the Netherlands and Canada announced that they would provide legal support to this effort to hold Myanmar accountable for genocide, claiming that the matter concerns all of humanity.

In January 2020, the ICJ held that Myanmar failed to present concrete measures aimed at “recognizing and ensuring the right of the Rohingya to exist as a protected group under the Genocide Convention”. Consequently, the court issued provisional measures and directed Myanmar to protect Rohingyas, prevent genocide, and to preserve evidence of allegedly genocidal acts committed against them.

In order to demonstrate compliance with the ICJ’s order, one of the most important measures the government of Myanmar should take, is to amend the discriminatory 1982 Burma Citizenship Law. In its current form, the law doesn’t recognise the Rohingyas as one of the national races of the country, effectively denying them Burmese citizenship and rendering them stateless.

The upcoming national election in November poses another opportunity for the country to integrate the Rohingyas into Myanmar. Under previous military governments, their identity documents were arbitrarily declared invalid as per the whims of the authority. This left them with no proof in a country that places an onerous burden on them to trace their origin and legacy. The state-sanctioned stripping away of a political identity further dilutes any and all political rights and duties that accompany it.

Prior to the elections in 2015, the Rohingyas were prohibited to vote for the first time and 15 candidates from the Rohingya-led Democracy and Human Rights Party were barred from contesting elections. Nevertheless, the victory of Aung San Suu Kyi’s National League for Democracy in 2015, raised hopes of the minority community to be re-enfranchised and allowed to contest elections in 2020. So far, however, the applications of six Rohingya candidates have been rejected by the Election Commission, after they failed to prove their parents were citizens at the time of their birth.

The blatant exclusion of the Rohingyas from the “democratic” electoral process, both as candidates and voters, demonstrates the authority’s unwillingness to recognize their place in the government and the country, making the dream of peaceful coexistence a far-fetched reality. Perhaps, with the confessions of the Tatmadaw soldiers, which corroborate the Rohingya experience, and directly challenge the constant denial of the state, “the gate of justice is just opened” as the Rohingya poet Ali Mayuu puts it.