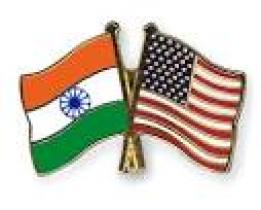 Mixed expectations surround the first meeting between President Donald J Trump and Indian Prime Minister Narendra Modi. For New Delhi it is critical that an Indian Prime Minister meet one-on-one with the American President; Washington has pinned its hopes that there will also be an economic dimension to the already strong strategic partnership. Both sides share concerns about the potential threat from a rising China.

The Trump-Modi meeting comes at a time of frustration in Washington and other global capitals with the pace of economic reforms in India. While Mr. Modi has implemented some economic reforms, his political base seems more interested in emphasizing social issues than major economic changes. Openings in foreign investment notwithstanding, India’s continued embrace of its government-funded public sector enterprises continues to disturb foreign investors and stifle the domestic private sector. India’s economic growth rate, though high by global standards, is seen as well below its potential.

From not being allies during the Cold War, India and the US today have a close strategic partnership. The two countries have also built a close defense partnership despite India’s legacy of nonalignment and historic aversion to alliances. The rise of China, economically and militarily, has also brought the two countries closer together especially after the launch of China’s One Belt One Road Initiative that has made inroads inside South Asia including territory India claims as its own.

Three years ago American corporates, and their counterparts in Tokyo and London, had high hopes from New Delhi. Mr Modi’s image as a business friendly chief minister of the western state of Gujarat created the aura of a modern India that would remove paternalistic controls over the economy and boost economic growth. Three years later India-US bilateral trade in goods and services stands at US $ 114.9 billion with the United States being India’s second largest trading partner in goods. While there has been a boost in India-US bilateral trade over the years, India is nowhere near America’s top trading partners – Canada, China and Mexico – each of whom engage in over $500 billion in bilateral trade with the US.

American corporations also expected large contracts as India opened its economy and modernized its military. Some of this expectation has been realized especially in the defense arena. Defense trade between India and the United States has grown exponentially from US $200 million in 2000 and $1 billion in 2008 to over $15 billion in 2016. In recent years India has purchased 13 Lockheed Martin C-130 Hercules aircraft, 10 C-17 Globemaster and 12 P-8 Poseidon aircraft from Boeing, 22 AH-64 Apache, 15 CH-47 Chinook helicopters, 245 Stinger portable Surface to Air Missiles and Harpoon-2 Anti-Ship missiles and in December 2016 the two countries signed a deal to provide the Indian Army with 145 M777 Howitzer guns. The United States is now the second largest supplier of arms to India after Russia. However, for the partnership to develop further, and for the United States to share high technology, Washington would like New Delhi to sign the two remaining foundational agreements.

Since coming to power the Modi government’s flagship program for boosting India’s manufacturing and economic growth has been ‘Make in India.’ The underlying principle behind the program is decades old: the desire for India to be self-sufficient and manufacture domestically. ‘Make in India’ hopes to convince both Indian and foreign corporates to bring state of the art technology and skills to India and manufacture in this country. Yet many foreign investors are concerned about bureaucratic regulations, lack of consistency in government policies (for example taxation policy) and now increasingly about political and social issues related to suppression of media freedom, rise of religious vigilantes and attacks on religious minorities.

India and the US share a vision of an inclusive security architecture for the Indo-Asia Pacific region that is centered on containing China. As the India-U.S. partnership intensifies, Washington would like New Delhi to shed its age-old reticence and act as a security provider in the Indo-Pacific region. India has always seen itself as a great power and seeks to exert influence in its neighborhood. Yet, there are limits beyond which New Delhi has traditionally been reluctant to go. While Indian leaders have spoken of ‘freedom of navigation’ in the South China Sea, New Delhi is reluctant to adopt policies that openly challenge China in an area that is far from the Indian mainland. Similarly after years of reluctance in 2015 India finally included Japan in the Malabar exercises with the United States but is hesitant to invite Australia.

For the Trump administration, a strategic relationship is one in which economic ties are paramount. While the India-US defense relationship has deepened, the economic relationship still lacks the depth necessary for a long-term strategic partnership of the type America has enjoyed in Europe and East Asia.