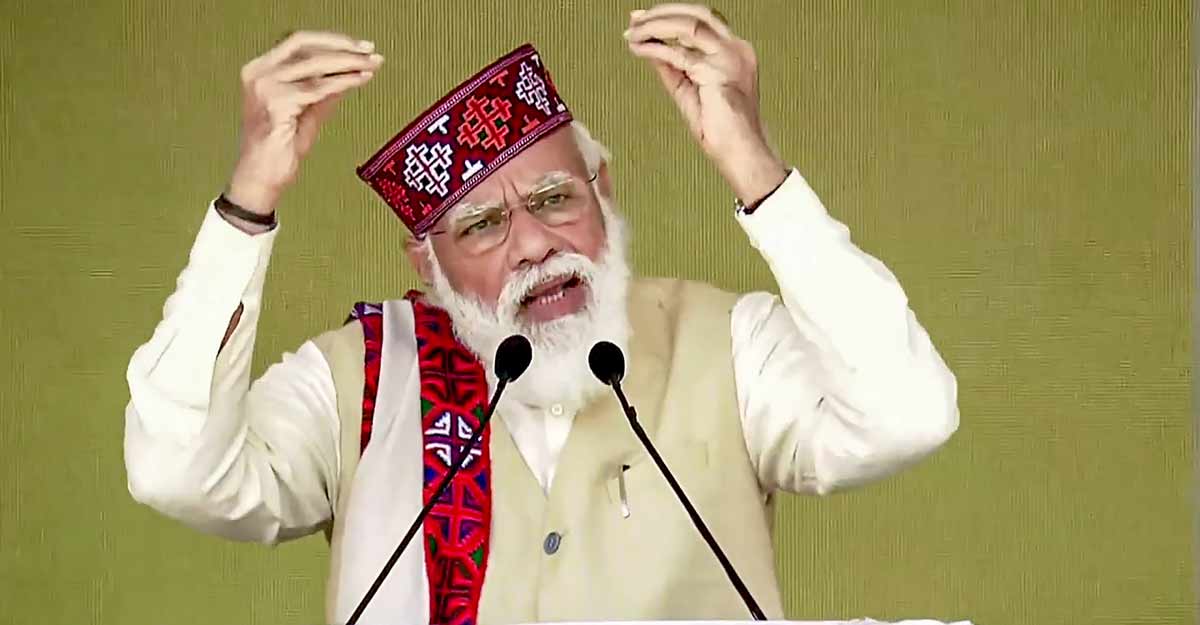 History is about forgetting and remembering within different waves of time. If a society fails to view its present in the mirror of history, that society condemned itself to the dustbin of future. Indian society is at such a dangerous crossroad. The despicable ideology of Hindutva led by RSS, evil politics of BJP, and horrific policies of Modi government threatens the lives, livelihood of Indians and weakens India and Indian democracy. The failure of the Modi-led BJP government is written in all fronts of governance from home fronts to foreign policies.

The agricultural policies of the Modi government ruined the life and livelihoods of Indian farmers and destroyed the agricultural economy in India. The myopic foreign policies of the Modi government have isolated India within the neighbourhood and outside South Asia. The vile of Hindutva politics and its inhuman actions have defamed India in the world among the community of nations. The dismantling of state-led welfare policies, planning, and institutions by the Modi government led to the collapse of health, education, and industries. Modi’s economic policies have ruined small and medium businesses in India. The growth of unemployment, crime, hunger, homelessness, and insecurities are direct outcomes of BJP led Modi government and its directionless policies. These policies manufacture a crisis that ensures the suffering of millions of Indians. It is a Hindutva shock therapy that breeds enormous political power for the growth and stability of Hindutva fascism in India.

As India and Indians are suffering under multiple forms of crisis in different steps of their lives, Indian corporations and their multinational brethren continue to multiply the mountain of their profits. Hindutva fascism derives its economic, political, social, and cultural strategy from European fascism and Nazism. There is a clear labour division between fascists and their capitalist crony corporations. The historical brotherhood between Nazis and corporate capitalism continues to thrive in India today as it has happened in Europe during and after world wars. The European and American corporations were not only sympathetic but also collaborated with fascists and Nazis for ideological reasons. Capitalism is concomitant with all illiberal and undemocratic forces in society today in search of profit. Their organic and historical relationship reveals itself with the same motivation accelerated by Hindutva rule in India.

The Dehomag; a subsidiary of IBM has supplied technology to identify Jews during nationwide census operations in Germany. The company has also provided punch card machines and sorting systems devices to identify and exterminate Jews in concentration camps. It was a lucrative business for IBM. The German auto designer Ferdinand Porsche and his company has helped to develop the Volkswagen cars as per the order of Hitler. Volkswagen had used slaves from the concentration camps to expand its car production and profit. Similarly, Hugo Boss has used slaves from the concentration camps to produce uniforms for the Nazi regime. He was also a sponsoring member of the Schutzstaffel (SS), the Nazis’ paramilitary wing. The media corporations like the Associated Press have worked as Nazi collaborators. The Coca-Cola Company’s Fanta business was booming with the help of Hitler’s Youth. Corporations like Kodak, Bayer, Ford, BMW, L’Oréal, Bosch, and many banks were beneficiaries of Nazi rule in Germany. Human miseries were the foundation of corporate profit under Nazism. The death of democracy and freedom were twin foundations on which fascism and corporate capitalism grew together in 19th and 20th century Europe.

The Hindutva rule led by Modi is not only following the ideological footprints of European Nazism and fascism but also following the strategy of labour division between politics and economics for the success of Indian and global corporations at the cost of Indian lives and livelihoods. The shameful alliance between Indian corporations and Hindutva fascism is pushing India and Indians into a miserable chapter of history by ruining the present. The Hindutva forces decided to control the state power with the help of electoral politics dominated by one party whereas Indian corporations and their global brethren can control the Indian economy and resources while Indians suffer under multiple forms of miseries. The democratic deficit, economic crisis, cultural and economic turmoil witnessed in India today is not Hindutva method of madness but a clear and historical strategy of labour division between Hindutva and corporations.

Indian capitalist class and higher caste’s complicity with Hindutva fascism breeds all forms of crisis and conflicts in India. Social, economic, political, and cultural crisis consolidates the power of fascists and their crony capitalists. Both benefit from the crisis. The ever-willing industrialists and business partners of fascism and Nazism have failed to save Hitler and his rule. The Fuhrer’s thousand-year plan has collapsed within a decade. Hitler died by suicide and his regime collapsed like a pack of cards with the horror of death and destitution. But Hindutva forces will not find their hiding place. Like any other anti-fascist struggles, people will follow the path of unity, peace, liberty, and justice.   The Indian industrialists, celebrities, fashion designers, media houses, and capitalist classes cannot save the Hindutva-led fascist Modi government in India for long. All illiberal and undemocratic forces sink under the waves of historic liberation struggles of the masses. History has witnessed the collapse of all empires and dictators. Hindutva fascism can bite the dust sooner if we can resolve to fight both capitalism and fascism together. This is the only long-term alternative for the survival of India and Indians.