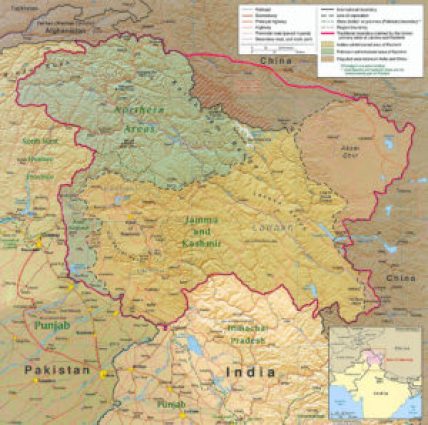 The aggressive rhetoric, political arrogance, policy myopia and lack of the mental gymnastics on Kashmir have crossed limits. All exclusive muscular efforts applied are yielding nothing but a bloody response with minuscule benefits. Even such so-called benefits do not come free; the real impact and outcome is much dearer and dangerous in terms of the peoples’ change of heart perhaps forever, loss of lives every day, widespread mass alienation, fear and being anti-Indian trait as a new cultural universal in Kashmir thereby further widening and boosting the enemy perception. Tackling every bit of the dissent with the firm policy, iron hand tactics, aided with routine communication blockade and suppression of the masses time and again by force is proving disastrous on the ground when it comes to measuring the achievements. The fact of the matter is that there are a plethora of wrong solutions to the real problem, all based on assumptions, vested interests, ego clashes, armchair expert views and biased and hateful viewpoints. The lack of political will, fulfillment of the actual promise, safer and more efficient conflict tackling, winning hearts, approaching the angry youth, fruitful, sustaining and mandated negotiations, etc., all are missing in the present Kashmir’s conflict resolution process. One wonders if not these, what else can prove as a real remedy to such a monster problem.

Though every encounter with the militants can be termed as a success as per security calculations, as almost every fighter trapped is neutralized now, but in actual sense, it is re-energizing the youth to join the militant ranks which are a reality now. It is serving as a fresh and compelling motivation to join the rebel ranks. It gets obvious from the protests of the masses on any militant’s funeral, number of people attending the funeral, routine stone pelting on such incidents, pro-freedom (secessionist) slogans and observing shutdowns for days together in the valley, which our media houses never analyze in a right perspective, in fact, they hide the actual part of the story. Therefore every encounter enriches the secessionist sentiment, and the killing success turns negative and in turn costly in the long run. Furthermore, youth are continuously joining the militant ranks despite knowing that the end may come soon. There are obviously lots of factors associated with this new joining process. These reasons are not just the glory attached with ‘being a militant’ or heroism as projected by security experts but the unjust situation prevailing in the Valley and the mishandling of everything on a routine basis even the human dignity. The fact remains almost every youth in south Kashmir; whosoever joined militant ranks has a story of torture or harassment by the forces or by the local police itself. The alienation and mass despair caused by honoring the army personnel who tied a Kashmiri to his jeep and using him as a human shield proved highly intimidating.

Afterward, the statements of applaud by big political shots that whatever the officer did was right definitely alienates the masses further. Such a move further encourages men in uniform to commit such inhuman acts. Also such brazen aberrations now deliberately labeled as heroism are and will prove costly in the valley where peace building is a far cry and perhaps no longer anybody’s serious concern. I fail to understand why aggression and anger are evident while answering any question on Kashmir and its worst situation today.

Despite grand pronouncements of finding a permanent solution to Kashmir problem, the hazy stance, gut-wrenching aberrations, injustice, undemocratic atmosphere, no space for dissent, very much prevails; reflecting that nobody seriously is concerned about Kashmir and its situation today. Now even the local police have become the worst target who are neither trained nor well equipped to deal with such operations. Such a violent atmosphere everywhere in the valley has created a collective sense of insecurity. Therefore, killing all the militants won’t be a solution but will further aggravate the situation. The government should work to restore the sense of security in peoples’ collective psyche which is the primary challenge. There are cases of torture of even women who are being beaten inside their homes during night raids. There are cases of manhandling and sabotage which go unaccounted. The mass anger is brewing up and leading to a more dangerous situation in the valley. Rather than grand pronouncements only, let the nation make a real and people friendly approach to Kashmir and resolve all the lingering issues without any ego clashes and display of military might. For media outside the state, I think it is the high time for truth telling rather passing judgments on prime time shows.