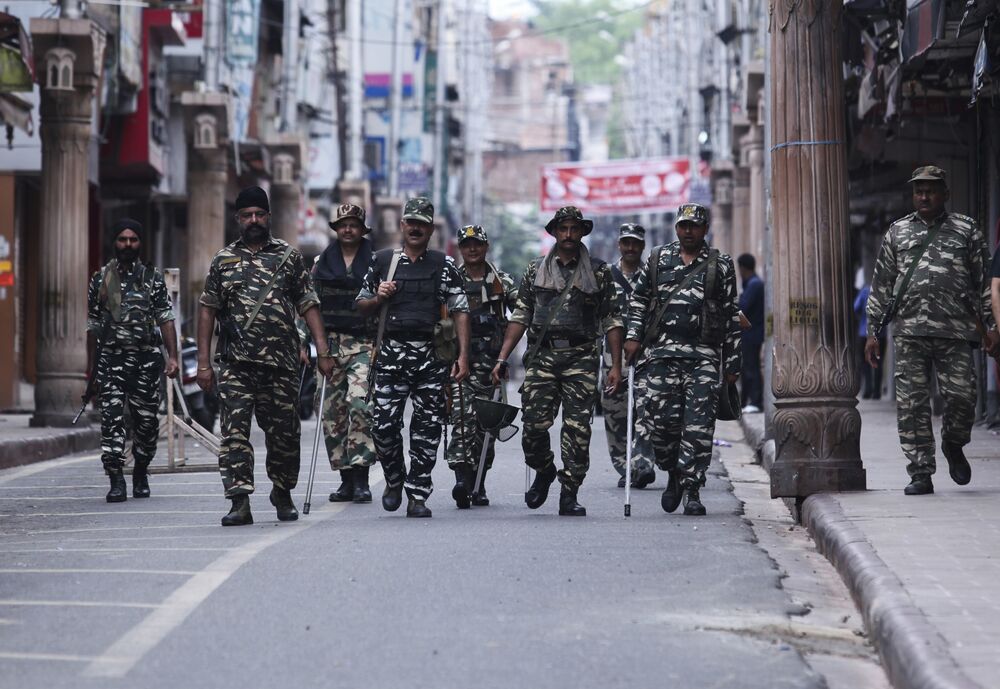 The abrogation of Article 370, after a year, continues to elude democratic experience and aspirations.

India is a Union of States. This is a line that is familiar to most high-school civics students and is taken for granted. But, it has not always been a “happy” Union of States. Some states have more grievances than others on how they have been treated within the union, and none more so than the state of Jammu and Kashmir. With the abrogation of Article 370, it has even lost its statehood and its unity as a political entity, having been bifurcated into two union territories.

Article 370 had long been a bugbear of right-wing Hindutva nationalists resentful of India’s only Muslim-majority state getting favourable terms under the Constitution. The argument was that Article 370 somehow stood in the way of the integration of the state with the rest of the union. This was a tenuous argument at best, since Article 370 had been diluted over the years by the union government through a variety of legal and extralegal moves. Never mind that Article 370 also formed the model for special provisions under the Constitution for multiple states from Andhra Pradesh to Sikkim, helping assuage local concerns for greater autonomy and keeping the union more united.

In the one year since the abrogation of Article 370, can we say that Jammu and Kashmir and Ladakh are any more “integrated” with the rest of the union? The answer is an unequivocal no.

Even the parts of the state that initially celebrated the abrogation of Article 370, Jammu and Ladakh now seem to have developed second thoughts about the wisdom of the move. This has to do with the series of recent legislative changes that have taken place in the union territory of Jammu and Kashmir following the abrogation of Article 370, which has widened the definition of who is a “domicile” and made it easier for non-residents to acquire land in the state. There is a fear, not unfounded, that this could open the floodgates to completely change the demographics of the state as China has done with Tibet and is attempting to do in Xinjiang.

As for Kashmir itself, the region remains under lockdown with continued violence, seeing deaths among citizens, militants, and the armed forces on an almost daily basis. Even as the COVID-19 pandemic has surged, there has been little abatement in militant activity resulting in more casualties. The gains of the early part of the 2010s have been lost, and Kashmir once again threatens to slip into an endless cycle of bloodshed and violence.

Furthermore, the union territory of Jammu and Kashmir remains without any effective political institutions. It continues to be under Governor’s rule, with no reasonable prospect of elections to the assembly any time soon. The Prime Minister’s independence day speech promised elections to the Jammu and Kashmir assembly once the delimitation exercise in the union territory was carried out. With no date set for the end of the delimitation exercise (apart from a hazy one-year time frame), it is unlikely that Jammu and Kashmir will see free and fair elections to representative bodies any time soon. Even the promised panchayat elections, which were supposed to revitalise grassroots democracy, have not been held this year, having been postponed on the grounds of continuing militancy and the COVID-19 pandemic.

The year-long detention of Kashmir’s political leaders has meant that the voice of the citizens has been strangled further still. Detaining political leaders for fear of popular upsurge in their support unfortunately has a long history in India, and the present regime continues that inglorious trend. Even though a few prominent politicians have been released, others, however, continue to remain in a legal twilight zone.

What is, perhaps, the single biggest source of resentment over the manner in which Article 370 was removed was that it was done in a stealthy manner, putting the state under lockdown and using a dubious constitutional manoeuvre that bypassed the need for a properly debated and passed constitutional amendment. If the union truly intended to bring Kashmir into any national mainstream in a democratic and legitimate manner, why was it not done with the full approval of the people of Kashmir and with free debate over the wisdom of the move? If the abrogation, as is being claimed, truly benefits the people of the now union territories of Jammu and Kashmir and Ladakh, surely there would have been no difficulty in obtaining the approval of the people through their representatives and having assuaged all the concerns of the rest of Indian civil society on the implications of the move. That the union chose not to do so speaks volumes of the legitimacy of the move.

The Indian union is not held together by the force of arms or any commonality of religion, culture, or language. It was not forged out of “blood and iron” but through a common independence struggle against a foreign oppressor, and for a liberal democratic republic, that respects diversity and protects the rights of its citizens. When the promise of democratic constitutionalism and federalism is undermi­ned for narrow communal purposes, the strength of the union suffers. It grows imperceptibly less happy, not just in part, but as a whole.