“It Feels Like It Was a Trap”: Stateless in Indian Administered Kashmir 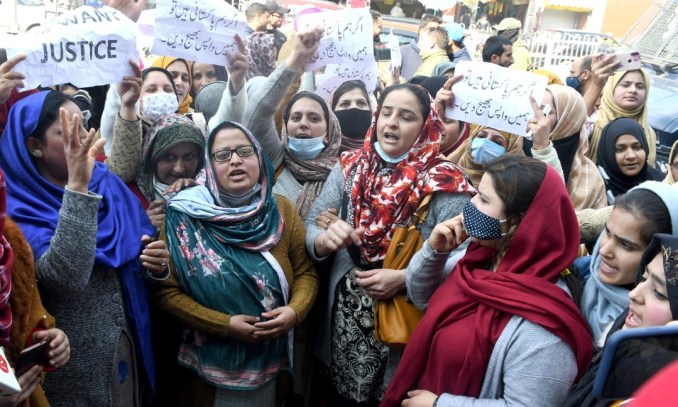 Safina Nabi is a full-time independent journalist based in Kashmir. She writes about gender, health, human rights, and development.

For the past three months, Uzma Rayees has been grieving her father’s death from afar. She’s one of a group of women in Kashmir rendered stateless by accompanying a husband seeking to take up a rehabilitation program for ex-militants.

Uzma Rayees lives with her husband and daughter in a village in Pulwama district of Indian Administered Kashmir.

For the past three months, Uzma has been grieving her father’s death, which happened in Pakistani-controlled Kashmir. She opens an old album and flips to a picture. “This is my Abba who died in December last year. His only wish in life was to see me, till his last breath he kept saying ‘koere akie latea wechath’ (Daughter, I want to see you.)”

But because Uzma is stateless, she was unable to travel to see her father.

“I crave to see my father’s grave now,” she says. “Even if it comes at the cost of living, I would like to go to Azad Kashmir and shout at his grave ‘Abba me a gaye’ (Father, I have come.)”

The story of how Uzma became stateless began in 2008, when she married Rayees Ahmed Dar.

Rayees was one of hundreds of Kashmiri men who went to Pakistani Administered Kashmir, also known as Azad Kashmir, in the late 1990’s for training as a militant. According to Uzma, he had a decade-long association with Hizbul Mujahideen, an Islamist, pro-Pakistan group designated as a terrorist organization by the EU and the United States. He left the group and found work at a gas company, and has since lived what Uzma describes as a normal life after their marriage.

Before getting married, Rayees had explained his past life to Uzma’s family — his associations and about his family in Indian Administered Kashmir. Uzma’s family accepted him and after marriage they lived in a rented accommodation.

“Most of the women married to Kashmiri men there because we too are Kashmiri’s and our love for Kashmir will remain the same. It doesn’t matter which side of the border we live. Kashmiri’s will remain Kashmiri’s only,” Uzma says. 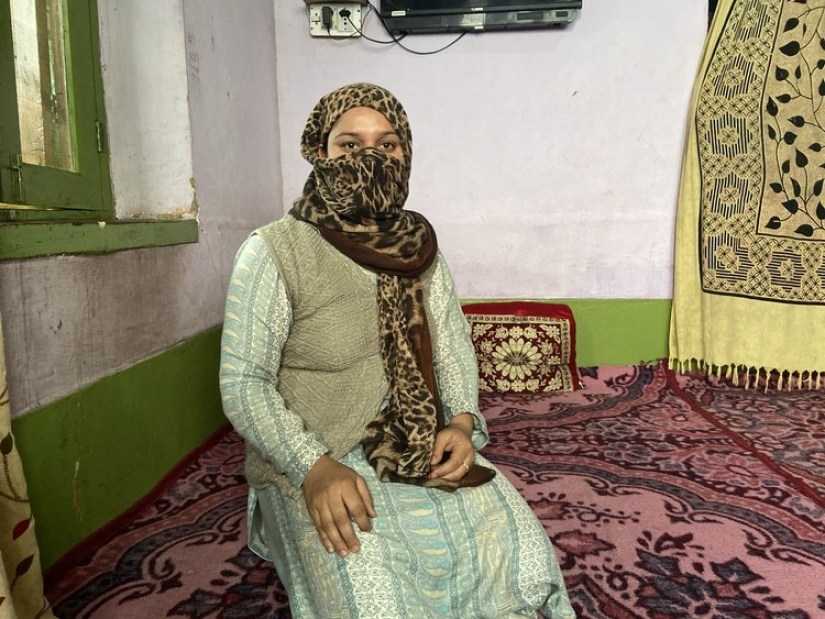 In 2010, the erstwhile Government of Jammu and Kashmir announced a “policy on the return of ex-militants to the State,” for those who had crossed over to Pakistani Administered Kashmir for arms training. Rayees and Uzma sought to take the government up on this offer.

“Rayees had decided his fate when he thought of becoming a militant. I did not decide on a stateless life without parents. When the policy was announced, Rayees wanted to see his parents and I agreed to accompany him as I could easily see his impatience to meet them.”

According to Uzma, both of their passports were destroyed at the border when they entered India. “We never knew we would come here, be detained, or treated as criminals and not allowed to go back. It feels like it was a trap for us,” says Uzma.

The policy listed four points of return: the joint check post at Wagah-Attari, the Salamabad and Chakan da Bagh crossings along the Line of Control, and Indira Gandhi International Airport in New Delhi. Uzma and Rayees, though, returned to India via Nepal.

According to a paper from an Indian research institute, the Observer Research Foundation, most ex-militants choose to return through Nepal instead of the designated routes, citing fears of “scrutiny from Pakistani terror outfits and the Inter-Services Intelligence (ISI), Pakistan’s intelligence agency” had they traveled through the designated routes.

The state government has claimed that only 377 former militants, along with 864 family members, had returned from Pakistan since 2010. According to an AP report, the Indian government says “the former fighters forfeited their rights by re-entering the country not through the three designated points along the India-Pakistan border or through the international airport in New Delhi.”

The women have formed a group to advocate for their cause. They regularly gather in Kashmir’s main city Srinagar to protest and demand citizenship and travel documents so that they can visit their families and that their children can travel for studies.

“Keeping people in limbo is inhumane and this is a clear violation of International law and Article 21 of the Indian constitution which states that no person shall be deprived of his life or personal liberty,” says human rights lawyer, Faisal Qadri. “Either Indian citizenship must be granted to them so that they have basic rights like applying for jobs, owning property, traveling with permission, etc., or they must be allowed to go back to Pakistan if there is no reason to stay back in case of violence or divorce”

“The government doesn’t want to address these issues and the concerns these women have. Around 25,000 people living in Jammu, who migrated from East Pakistan (now Bangladesh), were provided with domicile certificates of Jammu and Kashmir after the abrogation of Article 370. On the same ground, with the same logic, these women and their children should be given citizenship,” Faisal added.