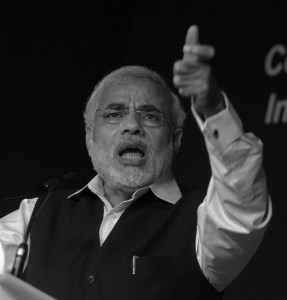 Francis Fukuyama, the US-based political scientist, argued in the early half of the nineteen-nineties that with the triumph of western liberal democracy the ideological evolution of humankind is completed. Liberal Democracy, he says ‘is now an ideal for all the states of the globe.’ As many political commentators believe that, the Second World War was fought to make the world safe for Democracy and security of Nations. Democracy is in vogue in more than one hundred and twenty-three nation-states of the world today. But in many of these nation-states, it has continuously failed and is replaced either by military dictatorships or oligarchies (Such as Middle East Countries) The confirmation of global governance structures like the United Nations has also failed to protect these democracies from their antithetical forces.

The antithetical forces of democracy while engaging in democratic backslidings had from last few years challenged the sacrosanctity of Fukayama’s underlying claim. Democracy in all its spaces is today questioned continuously and flogged by rising populism in domestic politics of almost all democracies (such as India). Larry Diamond, while analyzing the uncertain future of democracy claims that there have been twenty-nine democratic reversals since fall 20th century.

Grown from worldwide recessions and refugee crises, nationalism and populism are newly ascendant political forces in almost all the living democracies. Erica Frantz from Michigan University argues that various causes lie behind populist upsurges, ranging from increased economic hardship and inequality to growing frustrations with globalization and immigration and the phenomenon of cultural backlashes. The repercussions are worrisome because research suggests the genuine possibility of democratic backsliding worldwide. The worrying feature remains that Populist takeovers are associated with personalist dictatorships and the dismantling of democratic institutions. The budding xenophobic sentiments, the failure of state welfare and the state’s failure to regulate the politicized spaces equally contribute to the growing phenomenon of Populism.

The undermining of democracy under populism relegates the doctrine of constitutional separation of powers to the background. These regimes often pursue dangerous and aggressive foreign policies, maximize investment on defense and security, initiate inter-state conflicts, and construct the definition of ‘The other,’ thus breeding exclusiveness and jingoism within a specific territorial space (Again India is living example). The Authoritarianzation, researchers show, represented forty percent of all democratic failures in the first decade of the twenty-first century. All signs point to populist-fueled Authoritarianziation becoming the most common pathway from democracy to autocracy.

The conditions giving rise to populist politics are not probably going to disappear soon. Problematic trends include slow growth and rising economic inequalities and joblessness, increasing frustrations with immigration and refugee crises, the exclusiveness being fostered by right-wing politics and fueled by the emotional rhetoric of these populist leaders and citizen perceptions that traditional political establishments are crooked and corrupt. In combination, such trends may very well continue fuel support for populist leaders worldwide, putting elected strongmen in position to shift democracies in authoritarian directions.

The currently growing Right-wing Populism has accompanied with itself not only the trends of ‘Horrible Majoritarianism’ where the Minority groups are relegated from all fronts to the back but many instances of the emergence of illegal community policing also emerged during this period. The groups involved are not only unconstitutional, but they perpetuate the crimes without even stewing about any of the coercive democratic apparatus. The Human Rights abuses and even death in most of these populist democracies have been normalized with the creation of a ‘suspect community.’ When death is normalized people then talk about digits and there emerges the new pattern of comparative analysis of these spine erecting abuses. Which is not only daunting but slowly poisoning the already declining liberal Democratic values.

Though, Elections are said to be the festivals of democracy all over the world. However, this is not true for any conflict-prone region or the one which has been torn by the democratic backslides. Whether, it is the gruesome communalization of politics or the constant neglect of people’s aspirations by the idealistic grandiose of soi-disant people’s representatives, and the internecine discordance emerging out of internal imperialism so on and so forth. The global surge in Right-Wing populism can create havoc in such tumbled societies; in fact, the signs are increasing on alarming rate presently.

Thus the global surge in populism poses a severe challenge to democracies all over the globe from South to North and East to West. The question arises, what should be done to prevent the further downfall of liberal democracies? A first step toward mitigating this threat is for citizens and leaders all over the world to recognize what is occurring and how. Once we realize the very nature of the problem, then it is easy to solve. Another step that can help to curb the threat is that the watchdogs of society should take the pains of rendering the political education and make the populous conscious of the incompatibility of populist politics in what Yogendra Yadav, Alfred Stefan, and Juan Linz call the “State-Nation.” With the juxtaposition of internal engagement and toiling in the public sphere, the civil society has a necessary role to play to protect the liberal democratic values in their respective homelands. Else the time is nearing when the much-cherished liberal democracy will find its place under the detritus of populist politics. In the words of Martin Amis, a famous social scientist, “if every inhabitant of the liberal democracy believes in liberal democracy, then it doesn’t matter what creed or color they are.” Perhaps Nations needs to relocate the words of Martin Amis to solve the growing threat to the liberal Democracies.