Inside Xinjiang: Unfolding Demographic Genocide of Uighurs in the People’s Republic of  China 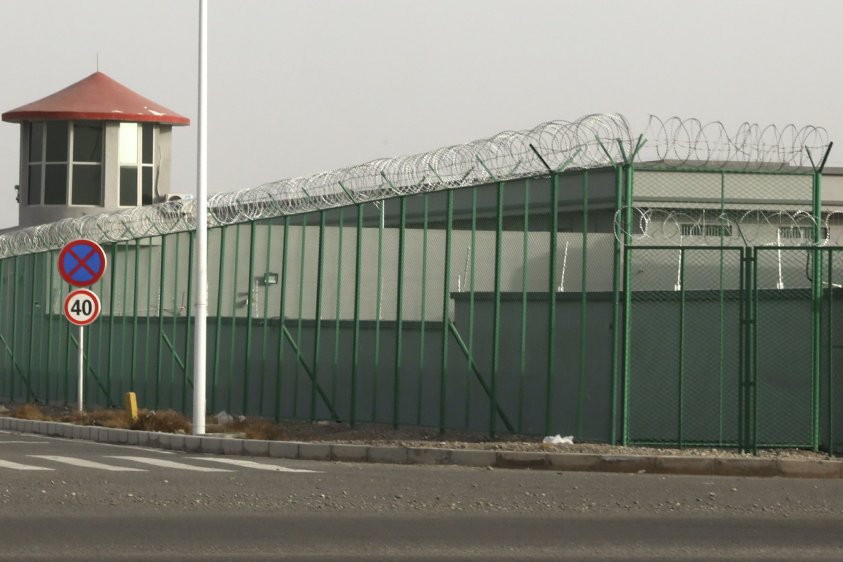 The Covid-19 pandemic has laid bare shortcomings of the capitalist and institutionally racists system that governs the world but its supersede in the media has drawn attention away from the Human Rights Abuses that continues to take place. One of the most muddling illustrations of this is China’s mass arbitrary detention, torture, and mistreatment of Uighur Muslims. The Uighurs community are a population of some 12 million Turkic speaking Muslims living in the north-western part of China’s Xinjiang Uighur Autonomous Region (XUAR). As a communist state, the People’s Republic of China views socials groups that have ethnic or religious differences as ethnonationalism threat.

As the world has kept silent, this human right tragedy has gradually deteriorated into a full-blown genocide today. Two recent disturbing events that may finally awaken the world to the scale and atrocities being committed against the Uighurs are, one is the authoritative report on systematic sterilisation of Uighur women. The other is the seizure of 13 tonnes of products by U.S customs official which is suspected to be made from the human hairs forcibly removed from Uighurs imprisoned in concentration camps. The technological sophistication of the genocide also makes it unique because it allows efficiency in destruction and concealed it from global attention. The Chinese government operates the most intrusive mass surveillance system in Xinjiang. Cities and villages spilled into squares of about 500 people and every square has a police station that closely monitors inhabitants by scanning their faces, DNA samples, fingerprints, etc. In the light of this backdrop, the author in this post will aim to showcase how China has taken draconian measures to slash the birth rates in Xinjiang and how it falls under the definition of demographic genocide.

The imposition of forced abortion, sterilisation on Uighurs

What has been known until now about China’s persecution of Uighurs and other Muslims in Xinjiang province has focused on the cultural genocide. This was cruel enough. But the new evidence has surfaced that China has also imposed a form of demographic genocides with forced sterilizations and other measures aimed at reducing the population. The Disclosure has come from an investigative report by the Associated Press and the new research report by scholar Adrian Zenz,   The Chinese government has taken draconian measures to slash the birth rates among the Uighurs and other minorities as a part of a sweeping campaign to curb its Muslim Population. China is forcibly carrying out mass sterilisation of women from Uighurs and other ethnic groups in Xinjiang. While the individual women have spoken out before the force birth control, the practice is far more widespread and systematic than previously known. The population control measure is backed by mass detention both as a threat and as a punishment for failure to comply. Having too many children is one of among major reasons due to people are sent to detention camps. The state regularly subjects minority women to pregnancy checks and forces intrauterine devices, sterilisation, and even abortion, even while the use of IUDs and sterilization has fallen nationwide, it is rising sharply in Xinjiang.

The investigative reports have highlighted the brutal treatment of women and unborn children through eyewitness accounts of those affected. In detention camps, women are subjected to forced IUDs and they are also made to attend lectures on how many children they should have. Several detainees in their interview with Associated Press, have told that they were force-fed birth control pills or injected with fluids, often with no explanation. In 2014, just over 200,000 IUDs were inserted in Xinjiang. By 2018 that increased to more than 60 percent to near to 330,000 IUDs.

Birth rates in the mostly Uighurs regions of Hotan and Kashgar plunged by more than 60% from 2015 to 2018, the latest year available government statistics. Hundreds of millions of dollars which the government poured into birth control have transformed Xinjiang from one of China’s fastest-growing region into one of its slowest in just a few years.

The new disclosures make it clear that the measures adopted by China fall within the definition of genocide in the 1948 Convention on the Prevention and Punishment of Crime of Genocide which includes “imposing measures intended to prevent birth within the groups. China is a signatory but it rejects the jurisdiction of the International Criminal Court.

Outside experts say that the birth control campaign is part of a state-orchestrated assault on the Uighurs to purge them of their faith and identity and forcibly imbibe them by subjecting them to religious re-education in camps while their children are indoctrinated in orphanages. Uighurs who are left are tracked by vast digital surveillance apparatus. The report has triggered calls for investigation into human rights violations by the Chinese governments.

The Inter-Parliamentary Alliance on China has called for resolution at United Nations General Assembly to establish an international impartial, independent investigation into the situation in Xinjiang. The United National Human Rights Council has also urged member countries to immediately respond to call to investigate China’s human rights records.

Recently United States president Donald Trump has signed a law into legislation that condemns the gross human rights violation of the Uighurs community, paving way for imposing sanctions against the Chinese officials. The Uighurs Human Rights Policy Act 2020, holds accountable the perpetrators of human rights violations and abuses such as the use of indoctrination camps, forced labour and intrusive surveillance to eradicate the ethnic identity and religious beliefs of the Uighurs and minorities in China. Additionally, the legislation also calls for increased federal support to Radio Free Asia’s Uighur Language Service as well as U.S advocacy at the United Nations and bilaterally with other countries to ensure the protection of Uighurs rights inside China and prevent Uighurs extradition to China

While the western world has condemned China’s action in Xinjiang, Muslim Countries have maintained deafening silence and even at the times supported the actions of the Chinese governments. While in reciprocity China has always helped the Muslim world in global forums. Secondly for assertive hegemony, China has cleverly used its economic leverage to buy the consents of the authoritative regimes in these countries backed by its diplomatic and economic might

The large scale detention program, abuses of detainees, and persecution of the Uighurs based upon their religion and ethnicity constitute a crime against humanity under international law. The campaign to forcibly remove children and to reduce birth among Uighurs and other Muslim minorities amounts to genocide under Article II of the Genocide Convention. Systematic discrimination against the Uighurs and other Muslims targeting these groups increase their vulnerability to ongoing violation abuses of their fundamental rights. Article 18 of the Universal Declaration of Human Rights enshrines “the right to freedom of thought, conscience, and religion” for all human beings. The government of China is failing to uphold its responsibility to protect and is perpetrating possible crimes against humanity and genocide against the Uighurs and other Muslim minorities.