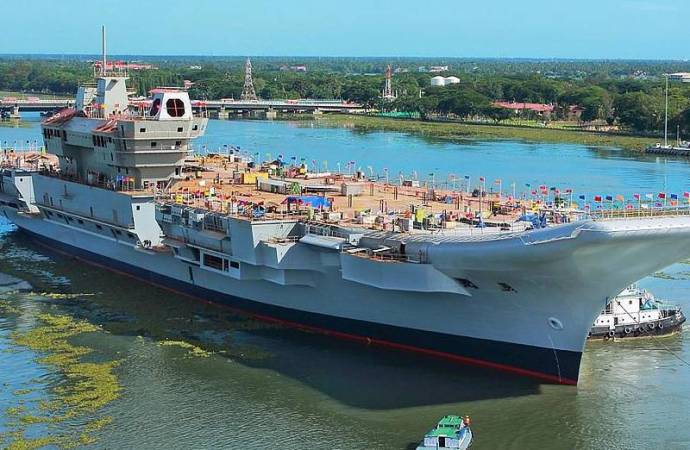 The second Obama visit to India earlier this year led to the addition of a very important dimension in the overall framework of Indo-US relations; one that seeks to increase maritime cooperation between the two countries. The visit resulted in a very important document; the Joint Strategic Vision for the Asia-Pacific and Indian Ocean Region, which affirms the shared vision for promising prosperity and stability in the region, besides assuring concrete understandings and partnerships in defense relations. First, the document assumes great importance as it is the first standalone document that inks mutual support between India and the US in both the Asia-Pacific region and the Indian Ocean. The obvious hint here is the importance of linking these regions, both for India and the US. With clear reference to security and ensuring freedom of navigation and over-flight throughout the region, especially in the South China Sea (SCS), the joint strategic vision suggests that India and the US could well come together, to ensure a rule-based sea order. Cooperation in security forms an indispensible part in the Indian Ocean, the Indo-Pacific and the South-China Sea. Within the scope of the joint outlined vision, maritime security has been jointly highlighted as a key area of cooperation in the document.

The other area where both India and the US can be expected to boost maritime cooperation in both the Asia-Pacific and the Indian Ocean is increase in the frequency of naval exercises and engagements. In the document, both the countries have pledged more frequent naval engagements, such as the bilateral MALABAR exercise, to improve cooperation between the U.S. and Indian maritime forces and contribute to both sides’ ability to counter threats at sea, from piracy to violent extremism. These engagements also present opportunities to engage with other partners, particularly Japan, Vietnam and Australia. India’s growing closeness to these countries augurs well with these countries’ proximity to Washington and only compliments the US’ ‘concert of democracies’ rhetoric, which it emphasises is needed to bring about a rule-based maritime order in Asian waters. Which is otherwise mostly disquieted by Chinese activities in the South China Sea (SCS); most recently the land reclamation strategy adopted by China that has been opposed by the US.

US-India: Convergences in the Indo-Pacific

As the US intends to play a larger role in the greater regional engagement and integration in the Indo-Pacific, it has laid out the criticality of India’s cooperation in this endeavour. Bridging the gap between South and Southeast Asia through the Indo-Pacific is an important project that both the US and India find common interests in. The US has a parallel envisioning with India’s refashioned Act East policy through the promotion of the Indo-Pacific Economic Corridor (IPEC) and its “Rebalance” strategy. India’s contiguity with states like Bangladesh and Myanmar finds enhanced position in US’ own estimations to improve energy trade and maritime linkages with these countries. The US also finds common interests in India’s eastward expansion through development of infrastructure, construction of highways and promotion of trade connectivity. For instance both India and the US support the trilateral Highway that aims to connect India’s Northeast to Thailand.

Connectivity, therefore, forms a crucial part of the Indo-US cooperation in the Indo-Pacific. India’s efforts to expand its relations with ASEAN, EAS AND SCO are viewed in similar perspective by the US. As the US seeks to support connectivity between South Asia, Southeast Asia and Central Asia, it has highlighted the importance that the Indo-Pacific is placed to play. India finds the agenda complimenting its own Act East and Connect Central Asia policies. However, China with a dominant presence and role in the Asia-Pacific, has a desire to increase its presence in the Indian Ocean. China has an already well-connected (mainly through energy pipelines) presence in Central Asia. It makes for a formidable impediment in the way of realisation of the joint strategic vision by India and the US in both the Asia-Pacific and the Indo-Pacific.

The cooperation between the US and India could see the Indo-Pacific region transcend the tag that labels it as the latest kid on the geostrategic bloc to one that holds high significance in regional strategic calculus, for not just these two countries but the regions adjacently placed to it. The US has earmarked up to $6 billion in a line of credit over four years as part of the U.S.-Asia Pacific Comprehensive Energy Partnership, announced by President Obama at 2012 East Asia Summit. The US has also moved to better its ties with countries of Southeast Asia like Myanmar. In all these, India’s goal of a more participative partnership with the US in Southeast Asia, finds consonance.