Indo-China Conflict: Is it Geopolitics Or Geo-Economics? 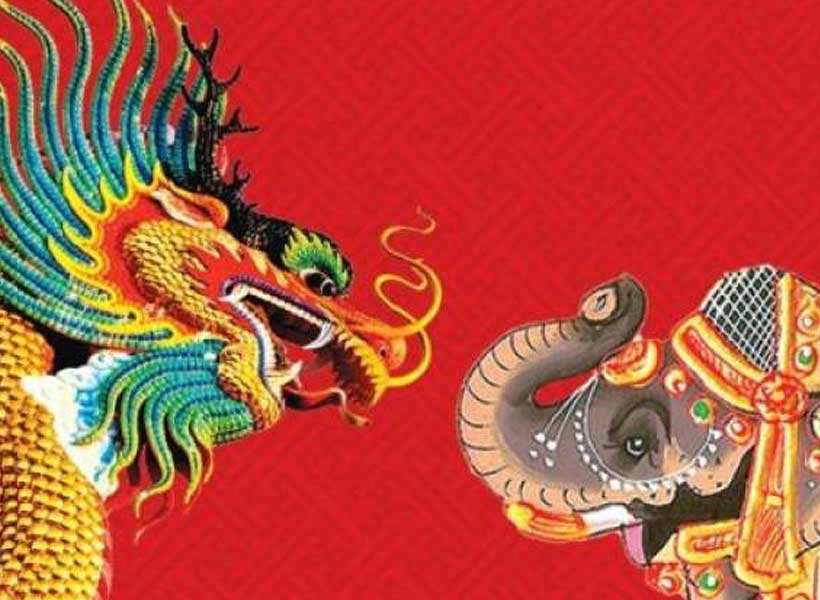 The recent skirmish between Indian and Chinese soldiers in the line of control raised questions in the international media that that could trigger a border dispute and may turn into a large-scale military conflict between the two nuclear powers and may lead to long term regional destabilization. The massive military deployment from both sides indicates the deterioration of the relationship between the two superpowers. Amidst the turmoil between the two rivals, Chinese president XI Jinping’s order to draw up military preparations would, as a matter of fact, debouch the crisis to forge ahead . Albeit, the tweet of Donald Trump, seemingly a pursuit to tone down the tug-of-war, in fact, brought out a sneaking suspicion and pointed the issue on the tea table of the foreign policy analysts and the security experts.

In recent times, the Chinese Government has been facing a considerable number of pressures from the international world such as the U.S. and Europe due to the adverse impact of the Coronavirus. U.S. President Donald Trump profiles COVID-19 as a “Chinese virus.” Furthermore, the American intelligence community, including top politicians, express concern that the virus could be man-made, and was developed in the Wuhan laboratories. European Commission Chairman Ursula von der Leyen also urges China to join a joint investigation for the origins of the new Coronavirus. However, Germany also charged China for its economic damage on the country. In a global the pandemic situation, why would China want to destabilize its Indian border? These questions have not been raised by international media nor by academia.

There were two-argument dominants in this discussion.  Firstly, China’s new offensive attitude provoked the impact of COVID-19 on the global economy and global politics. During the Coronavirus outbreak, the U.S., Japan, and some European countries have been willing to reduce their dependency on China. As an attempt, Japan has already allocated 243.5 billion yen as a support package to help its manufacturers’ ship production out of China. Through this package, Japan wants to reduce its dependency on China as a manufacturing base.  According to the media report, the additional budget, compiled to offset the devastating effects of the pandemic, includes 220 billion yen for companies relocating production to Japan and 23.5 billion yen for those seeking to move production to other countries. On the other side, the Trump administration wants to reduce its trade deficit with China, according to President Trump’s “America First’ policy.

The U.S. trade deficit with China for goods in 2018 was $419.2 billion. The COVID-19 outbreak added a new opportunity for the Trump administration to pursue its manufacturers to shift its factories from China. As a developing country, India is trying to use this opportunity to strengthen its economy. India’s Modi government overwhelmingly welcome  American and Japanese businesspeople to India. According to the media report, in April 2020, the Indian government reached out to at least 1,000 U.S. and Japanese companies through its overseas missions to relocate their businesses from China. China is Japan’s most magnificent exchanging accomplice; however, Chinese imports have sunk by almost half in February as the disease covered all its major factories. The Chinese Government is trying to resolve the business tensions with Japan. Hopefully, Chinese president XI will visit Japan shortly, whereas the new business intention of the Modi government makes China worried and ‍angered.

Western academicians argued that it is the prime reason behind the recent escalation situation in the Indo-China border. China wants to destabilize India in the name of the border dispute, as foreign investors are not willing to invest in India. Side by side, China is  pressurizing India as it maintains distance with Japan and the U.S. Secondly, China wants to divert the world’s focus from the COVID-19 outbreak via this regional tension.

The second argument is that the U.S.’s shift in foreign policy regarding the Asia Pacific region and South Asia would provoke China to take an offensive attitude towards India.  The International Monetary Fund (IMF) already projected that China and India would continue as a fast-growing economic nations. From 2012, the Obama administration seriously concentrated in these regions. In 2012, the U.S. Joint Chiefs of Staff General Martin Dempsey had cleared the strategic importance of Asia, specifying that “All trends are shifting to the Pacific…. Our strategic challenges will largely emanate out of the Pacific region”. Still now, the U.S. continues its shifting policy toward the Asia Pacific region instead of the strategic triangle of Europe. Now U.S. policy focuses more on the Asia-pacific strategic triangle. This strategic triangle consists of three significant Powers (India, China, and the U.S.).

From the beginning, the relations between India, China, and the U.S. were treated as conflictual, competitive, and contradictory. International security experts agreed that the three countries are sufficiently critical of each other that an alternate in the relationship among any of them has a significant effect on the pursuits of the third.

However, the U.S. wants India as its strong defense and business ally to counter China. During the visit of U.S. President Donald Trump, both countries signed a 3 billion USD defense deal, which involves various types of sophisticated weapons, including six Boeing AH-64E Apache Guardian attack helicopters for the Indian Army and 24 Sikorsky MH-60R Sea Hawk multi-role helicopters for the Indian Navy, clearly demonstrating that the Trump administration prioritizes the U.S-India ties to counter China. Narendra Modi was the first world leader who received a call from Donald Trump after his inauguration.

The U.S. wants to control the Indian Ocean through this secure alliance building. The primary purpose of these strategies is to overcome the Chinese “One belt, One Road” initiative toward the Indian ocean. Both India and the U.S. adopted the “Joint Strategic Vision for the Asia Pacific and Indian Ocean Region.” The U.S.’s prime desire is to make India stronger as a regional power, but at the same time, it has put the country in a risky position. By the overwhelming support of the U.S, India has been enabled to dominate both in Bangladesh’s and Afghanistan’s politics as well as state policy. On the other hand, China has built up strong business and strategic relations with other south Asian nations such as Sri Lanka, Pakistan, and Nepal.

Recently, China has been trying to build up a strong relationship with Bangladesh, too. China is planning to invest 50 billion USD in Bangladesh within the next couple of years. In consideration of the U.S. policy regarding Asia-pacific, China developed its military infrastructure around India and the Indian Ocean. China already deployed 8 Naval ships in the Indian Ocean. Not only that, China already sold ten submarines to India’s neighbors—8 to Pakistan and 2 to Bangladesh. China also establishes a naval base in Djibouti and a military surveillance facility on Myanmar’s Coco Island. In this turmoil situation, there was a question which arises: Is the Indo-China conflict geopolitical or geo-economical? Whether it is a geopolitical or geo-economical game between the greater player, the stability of south Asia is under threat.