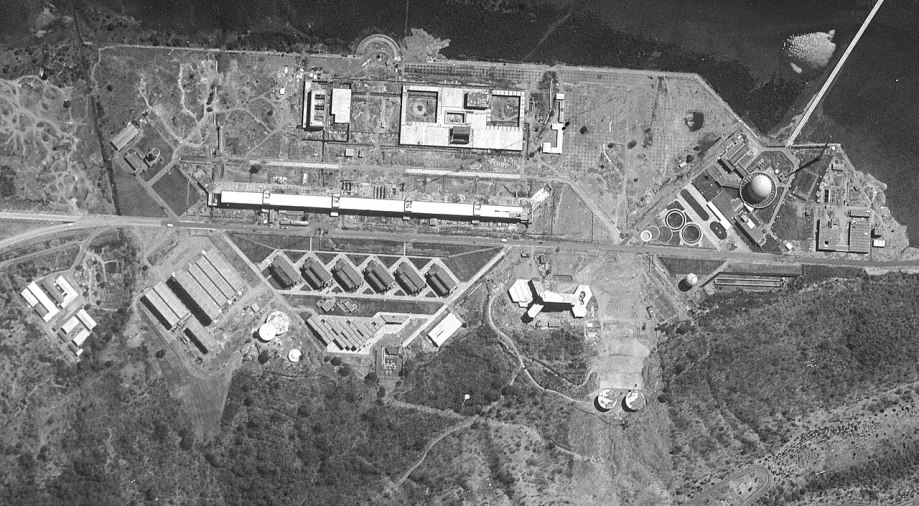 On November 29, 2009, India became one of the recognized nuclear power, after it joined the NonProliferation Treaty India’s new stand to be a nuclear weapon state within the NPT, has triggered a debate that centers on continuity versus change. Those who support the change argue that India’s willingness to join the NPT contains the potential to strengthen the NPT and add that by excluding a nuclear-armed, but non-proliferating India, when it is willing to join the NPT, would not strengthen the cause of nonproliferation.

Those who harp on continuity say that at a time when there is international debate over the very rationale of the NPT, why India is showing interest in it? The NPT has failed in checking proliferation of nuclear weapons and technology. Even then why does India want to become a part of this failed treaty?
Non Proliferation Treaty: An Introduction
The Nuclear Non-Proliferation Treaty (NPT) is a treaty to limit the proliferation of nuclear weapons. The NPT was opened for signature in 1968 and it came into force on 5 March 1970. Currently there are 189 states party to the treaty, five of which are recognized as nuclear weapon states. The NPT consists of a preamble and eleven articles and is based on three pillars–non-proliferation, disarmament, and the right to peacefully use nuclear technology.

Even though the treaty was originally conceived with a limited duration of 25 years, the signing parties decided by consensus to extend the treaty indefinitely and without conditions during the Review Conference in New York City on May 11, 1995.

In the course of its history, NPT has suffered several dents. Its signatories North Korea acceded to the treaty, violated it, and withdrew from it in 2003. The case of Iran, another signatory to the treaty is quite gray. Whereas two non-parties to the treaty, India and Pakistan have openly tested and declared that they possess nuclear weapons, while Israel has had a policy of opacity regarding its own nuclear weapons program. In this context, the relevance of NPT is put on test.
Non Proliferation Treaty: India’s view

India all along has been resisting the signing the NPT saying it’s discriminatory. While the NPT allows vertical proliferation by the nuclear weapons states, it bans horizontal proliferation by nuclear threshold states. Further India says the NPT links to safety and storage factor of the complete bomb as a factor for the threshold countries to refrain from any such ambitions and that’s not acceptable.

India stressed to change in the NPT to make nuclear safeguards applicable to the weapon and no weapons states alike. India proposed an alternative to the NPT with provisions such as no first use, complete test ban, scrutiny of fissile material, no underground tests, threshold test ban treaty and cut off an agreement to prohibit the production of fissionable material and substantial reduction of a nuclear arsenal. It wanted a new provision to be made securing security guarantee to those nations becoming parties to the treaty.

India presented its position based on policy decisions, but it had security interests in having nuclear weapons to deter perceived threats from China. India placed a severe strain on the NPT when it conducted the nuclear tests in the summer of 1998. India’s move once again mounted pressure on it to sign the NPT, but it refused on the grounds of its stated official position.

In this background comes an unexpected development in 2008 when India concluded a civil nuclear deal with the US under which India could access nuclear technologies and materials in return for placing its civilian nuclear facilities under International Atomic Energy Agency (IAEA) safeguards.

Critics of the Indo-US nuclear accord complained that the US has rewarded India in spite of its defiance to the NPT and has weakened the cause of non-proliferation.

In 2009 India again changed its stand, when Prime Minister Manmohan Singh stated that India wants to join the NPT as a nuclear weapon state.

In such situation the non-proliferation community confronts with two conflicting scenarios; first, India’s criticisms of the NPT, which overlap with worries about the weaknesses of the treaty and second to accept India as a nuclear weapon state within the NPT to strengthen the cause of the treaty.

The nuclear diplomacy that we are going to see in the course of 2010 has to confront with the hypothesis; can the NPT, which is the centerpiece of the global non-proliferation effort, be righted, keeping India out, or by keeping it in, it may realize the vision of a nuclear-free world?

Arguments In Support of Change

According to Professor David P. Fidler and Professor Sumit Ganguly, the US is caught between recognizing India as a democratic, responsible nuclear power and it’s accredited position that non-parties to the NPT should join only as non-nuclear weapons states.

As part of Obama administration is an effort to advance the cause of a nuclear-free world, the Security Council unanimously adopted Resolution 1887, on September 24, 2009, which “calls upon all States that are not Parties to the NPT to accede as non-nuclear-weapon states.” Will India accept this position? What about NPT members? Will they take India’s new position or hide behind the UN resolution 1887.
Given India’s shifting position on NPT, any response requires a policy question that deserves attention on its merits.

The US has to reconcile these positions, meaning it must make a choice that contains no room for dissembling. The US decision may likely to be determined how European nations and Japan respond, as happened with the Indo-US nuclear deal.

The authors argue that opposing India’s desire to join the NPT as a nuclear weapon state based on Resolution 1887 will do nothing to strengthen the NPT. On the contrary, bringing India into the treaty, especially when it is emerging as a great power, makes more sense than believing that India will disarm unilaterally only to join the NPT.

They further argue that Indian participation in the NPT will not, by itself, eliminate the problems the NPT now confronts. However, with India supporting the NPT regime, the world would have all nuclear-armed great powers committed to the same rules may reinvigorate non-proliferation politics in a manner more meaningful than the distant vision of a world without nuclear weapons.

Arguments in Support of Continuity

Few compelling realities have to be taken into cognizance before India is to sign the NPT as a nuclear-weapons state. The argument runs as follows;

Is India a nuclear-weapon state? According to Dr. K. Santhanam, the former official with the Defense Research and Development Organization, the thermonuclear or hydrogen bomb tests, the first and most powerful of the three tests conducted on May 11, 1998, did not produce the desired yield. The nuclear scientist has advised India not to sign the NPT and conduct more nuclear tests to address its security concerns.

According to a leading defense analyst, Mr. Brahma Chellaney, India has still not weaponized the thermonuclear technology, even though the test was conducted in 1998, and supposes to have catapulted the country into the club of Nuclear Weapon state.

What about India’s traditional opposition to NPT? Since 1968, when the NPT was opened for signature, India has refused to sign the treaty because it is discriminatory. As recently as 2007, India’s external affairs minister Mr Pranab Mukherjee stated: “If we did not sign the NPT, it is not because of its lack of commitment for non-proliferation, but because India consider NPT as a flawed treaty, it does not recognize the need for universal, non-discriminatory verification and treatment.”

Now how India will reconcile to its changed decision to sign the NPT in the wake of its traditional opposition to the same?

Then what will be the impact on the South Asian security balance if India signs the NPT as a nuclear weapon power? Will it bolster Pakistan’s claims on similar grounds? How India is going to blunt Pakistan’s demand. Moreover, how does India plan to counter China’s opposition to any such move? Is India prepared for a “two-front diplomatic war” for securing its entry into the NPT regime as nuclear weapon state?

It’s further argued that accession to the NPT is bound to have significant political implications for any government in India. There seems to be no effort on the part of the Manmohan Singh Government to initiate a political and public dialogue on the question of signing the NPT. The widespread perception that prevails in India is it should not sign the NPT because it is discriminatory. Prime Minister Manmohan Singh can’t expect the Indian electorate overnight mandate the change in India’s stated policy on the NPT. The necessity for political dialogue on the issue has to be underlined given the political difficulties faced during the Indo-U.S. Civilian Nuclear deal.

India’s changed stand on the NPT adds complexity to the nuclear diplomacy that was unfolded in India’s nuclear negotiations with NSG and America. However, India has successfully maneuvered the relations and negotiated the deal with the USA as well as got a waiver from NSG. Prime Minister Manmohan Singh has shrewdly tried to elevate India’s interests, influence, and status. It places a premium on the existing NPT members to respond to India’s policy shift even though it would be highly controversial to bring India within the NPT as a nuclear weapon state. Nonetheless, Prime Minister’s statement highlights problems with the NPT, creates challenges for India’s allies and rivals, and forces non-proliferation advocates to re-think how to strengthen their efforts to de–nuclearize the world, even though this goal remains a little hope!. Although India parliament raised sufficient debates on its NPT stand. However, the external threat perception created a unison opinion regarding national security which paved the way forgo nuclear India and develop other arms for deterrence and security of the nation. The parliament at the same time kept its policy of truth and ahimsa intact by opting second strike option. India also showed its commitment to principles of non-violence by giving the command for the use of nuclear weapons under the hands of political leadership rather than military.