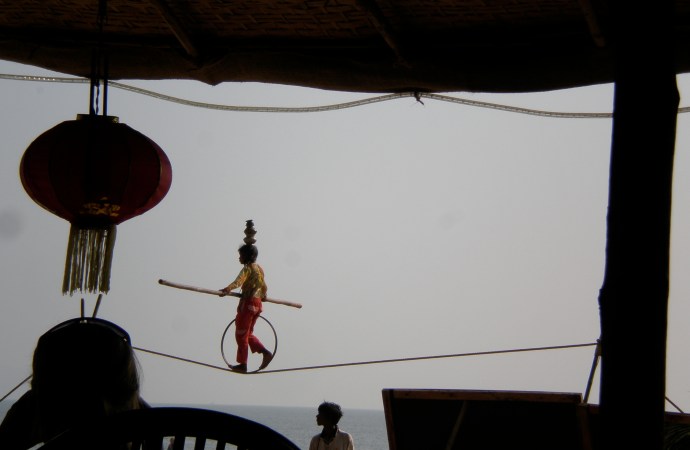 In recent years, India’s growing ties with Israel and its policy posture towards Palestine have been a subject of intense public debate both inside and outside of India. Supporters have argued that the shift in the orientation of Indian foreign policy, in terms of its changed policy towards Israel, bears the mark of “realism” and “pragmatism” and a more balanced approach to the Middle East dictated naturally by changed global circumstances and national interest. Critics, however, have accused the succeeding Indian Governments during the past two decades of abandoning India’s independent foreign policy, of deviating from the Nehruvian national consensus on the Palestine issue, and of towing a subservient pro-Israeli line. In view of these different perspectives, it is imperative to make a critical assessment of India’s policy towards Israel and Palestine to understand its actual policy posture.

how to get your ex back

India recognized Israel on 17 September 1950, two years after it declared independence in 1948. There was however no diplomatic relationship between the two countries until 1992. India’s traditional support for the Arabs in the conflict in Palestine and its strong commitment to the Non-Aligned Movement (NAM) were the major reasons for the absence of a normal liaison between Delhi and Tel Aviv. However, on January 29, 1992, India established full diplomatic relations with Israel. The decision to engage evolved out of a gradual process. The beginnings of the shift in Indian policy began in the mid-1980s, when then Prime Minister Rajiv Gandhi, known for his non-ideological approach to foreign affairs, met his Israeli counterpart Shimon Pares during the annual UN General Assembly session in September 1985. A subsequent cascade of international and domestic factors: the end of the Cold War, the emergence of the United States as the only Super Power, the PLO strategy change towards Israel, the start of the Middle East peace process, the liberalization of the Indian economy, the delinking of Pakistan from India’s Mid-East policy, the rising problem of terrorism in the country, and a change in India’s domestic politics all influenced India’s decision towards Israel.
The India-Israel relationship started at low ebb during the Congress regime of P.V Narasimha Rao (1991-1996), and reached a relative high point during the BJP led National Democratic Alliance regime led by Atal Bihari Vajpayee (1998-2004).
During the Kargil War of 1999, when Pakistani intruders had taken up positions on the higher reaches of the Kargil mountains, Israel responded quickly to India’s requests for arms and sent Heron and Searcher unmanned aerial vehicles, or UAVs, to locate and identify the Pakistani-held positions. It also supplied ammunition for the Bofors field guns and night vision equipment, both of which played key roles in the conflict1. In the post-Kargil years, the relationship improved significantly. The Indian Home Minister, L.K. Advani and External Affairs Minister, Jaswant Singh each visited Israel in quick succession in 2000, followed by the state visit of Prime Minister Ariel Sharon to India in September 2003. When the United Progressive Alliance Government under the Congress leadership came to power in mid-2004, it decided to follow the same line of the policy as adopted by the NDA regime. The Agriculture Minister Sharad Pawar visited Israel in November 2005 and May 2006, and Commerce Minister Kamal Nath in November 2005. External Affairs Minister S.M. Krishna visited Israel on January 9-10, 2012 against the backdrop of 20th anniversary of diplomatic relations between the two countries.
Today, India and Israel are cooperating on many fronts. The India-Israel Initiative for Industrial R&D signed in May, 2005 focuses on nanotechnology, biotechnology, space, water management and non-conventional energy sources. The Agriculture Work Plan program, launched in 2006, helps bring Israeli agricultural technologies to Indian farmers. Israel now has 27 agriculture projects in over seven Indian states and will sponsor 100 post-doctoral scholarships for Indians2. On the defense front, India has become the biggest market for Israeli arms. According to one estimate, defense trade between India and Israel amounted to almost $9 billion3. Israel provides India with missile radar, border monitoring equipment and other similar high-tech military hardwires. The two countries are also cooperating on counter-terrorism. Several thousand Indian soldiers have been provided with “anti-insurgency training in Israel”. Bilateral trade and economic relations between the two have also progressed rapidly. From US$ 200 million in 1992 (comprising primarily diamonds), merchandise trade diversified and reached US$ 5.15 billion in 20115. In 2011, India was the 8th largest trade partner of Israel, and 3rd largest in Asia. A Free Trade Agreement which is currently under negotiation between the two countries would be a huge catalyst for their business relationship. Israeli companies and entrepreneurs would benefit from India’s huge market of 1.2 billion people, as well as the growing middle class of 300 million. In 2010, nearly 40,000 Israeli tourists and businessmen visited India. In 2012, the two countries celebrated the 20th anniversary of establishment of their full diplomatic relations.

India’s Support to Palestine Since 1992

by the General Assembly, of the NAM resolution entitled “Reaffirming the Central Role   of   the United Nations   in the Maintenance   of International    Peace and Security   and Promotion of International Cooperation” on 5 August 2004. At the 14th Summit meeting of the NAM in Havana in September 2006, Prime Minister, Manmohan Singh emphasized that the international community must address more fully its responsibility “to resolve the Palestine issue and bring to an end once and for all the long years of suffering of the Palestinian people.
India has also participated in the New Asia-Africa Strategic Partnership Ministerial Conference on Capacity Building for Palestine at Jakarta in July 200817. In July 2008, at the ministerial meeting in Tehran of the NAM Committee on Palestine, India’s Minister of External Affairs, Pranab Mukherjee pledged to continue to work with other members of the committee in an endeavor to collectively support the Palestinian cause18. External Affairs Minister, S. M. Krishna participated in the Ministerial Meeting of the NAM Committee on Palestine held on 13 July, 200919. Prime Minister Singh also raised the issue of Palestine in his address at the 15th summit of the NAM (11-16 July, 2009) at Sharm al-Sheikh and emphasized that the Movement must do more “to facilitate a comprehensive, just, lasting and peaceful settlement of the Palestinian issue”. Minister of External Affairs S. M. Krishna participated in the NAM Ministerial as well as IBSA+Indonesia+ Palestine on ‘Palestine’ in New York on the sidelines of 65th UNGA in September 2010 during which India welcomed “direct talks” between Israel and Palestine.
While the Government of India has adopted a balanced and pragmatic approach towards both Israel and Palestine, the pro-Israeli and pro-Palestinian lobbies in India each agitate for their respective hard lines. The pro-Israelis want New Delhi to establish a strategic partnership with Tel Aviv. Their argument is based on a number of reasons. First, India and Israel have no serious bilateral problems; their only major difference is the Palestine issue. Both countries, they maintain, cherish identical values and face common challenges – they share a historical background as ancient civilizations, were administered as colonies by Great Britain, and achieved independence less than a year apart (India in August 1947 and Israel in May 1948). Both countries identify as democracies and survived in a sea of hostility, surrounded by implacable adversaries and a heavily militarized security environment. In short, India and Israel have far more in common with each other than with the nations that surround them, so there should be an enduring partnership between the two. Second, the emergence of an Islamic bloc and the threat of Islamic terrorism make it essential for India and Israel to forge a partnership. B. Gautam, for instance, argues that India and Israel perceive “Islamic terrorism as a common enemy. If Pakistan’s proxy war in Kashmir is nothing short of terror, Palestinian militancy in Israel is equally terrifying”.

Moreover, any alliance relationship encompassing all security and defense issues necessarily depends on the broad convergence of interest between two partners. This is clearly lacking between India and Israel. India is unlikely to share neither Israeli concerns over Iranian and Islamic radicalism nor Israel of India’s concerns over China. Also due to traditional political relations, geographic proximity, dependency upon petroleum resources and labor migration to the Middle East, India is unlikely to abandon its close ties with the Arab world. Indian Muslims who are the largest minority in the country have been traditionally sympathetic towards the Islamic countries and their perceived opposition significantly contributed to the prolonged absence of political relations between India and Israel. All this would prevent India to enter into an alliance relationship with Israel.

Since the end of the Cold War and the disintegration of the Soviet Union, the world has changed dramatically. So has the perception and attitude of the Arab countries towards Israel. This is evident in their recognition of Israel and participation in the Middle East peace process. India’s changed posture towards Israel reflects the reality of these circumstances. And since there was no diplomatic relationship between India and Israel for so long, it’s only natural that their relationship would catch up. This doesn’t mean that Indian support for the Palestinians has eroded. India is still committed to the full realization of the political rights of the Palestinians and endorses their demand for statehood and sovereignty. It continues to provide much-needed economic, institutional and humanitarian assistance to them. But there is a tendency among a section of the Indian population to interpret everything through a zero-sum approach i.e., Israel’s gain is Palestine’s loss and vice versa. It is important to recognize that full-throated condemnation of Israel and diplomatic disengagement from the Jewish state serves the interests of no one. What is actually important is that India use its leverage with Israel to work towards a just and fair solution to the matter Palestinian statehood and sovereignty.