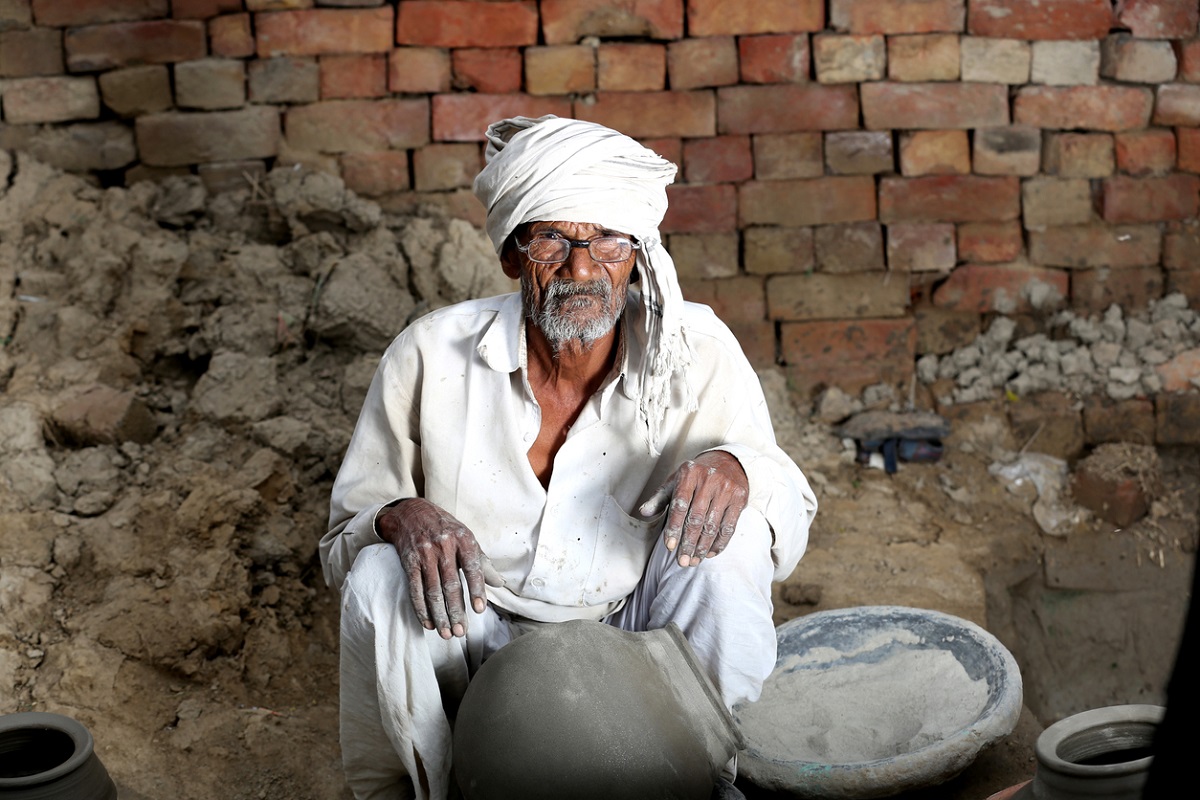 India’s ‘tryst with destiny’ encouraged the children of India to discourage communalism or narrow mindedness, for no nation can be great whose people are narrow in thought or in action. Jawaharlal Nehru’s much-celebrated speech was juxtaposed with the harrowing realities of partition along with the optimism flowing in the country after Independence. If we give it a different outlook, perhaps, the partition on communal lines set the tone of the soured destiny of religious minorities in India which was evident within two decades of Independence. Along with independence, “Benevolent” Britishers also bestowed India with poverty, communal hatred, agrarian crisis, and inequality.

It’s been almost 70 years since the adoption of the constitution but almost forever in achieving its ideals and objectives with respect to minorities, in general, and religious minorities, in particular. Right to Freedom of Religion and, Cultural and Educational Rights under Article 25-30, explicitly mentions Fundamental Rights for religious minorities, also, Directive Principles of State Policy under Part IV of the constitution implicitly emphasizes the role of the State in the welfare of the people. These have decorated our Constitution but in reality, their implementation has become the unaddressed elephant in the room.

India’s development experience is as unique as India’s culture which forms the foundation of this experience.  In a pluralistic multi-religious divided society, democracy works as a uniting factor where every individual has equal rights. But, what happens to the freedom when discrimination with layers of violence and hatred, is leading to a parallel development experience? In this essay we will elucidate upon this question, understanding the status of religious minorities. We will also examine various factors like communalism, development, and inequality in relationship with religion.

The Secular Experience of Religious Minorities

In the 1911 decennial census, a total of 200,000 people in Gujarat declared themselves ‘Mohammedan Hindu’. In the early 19th century, there was a synthesis of all religions where Hindus went to Muslim shrines, Muslims performed Hindu rituals, and Sikhs attended Hindu and Muslim pilgrimages. An interesting case of Meherat Rajput who believed they descended from Prithviraj Chauhan, underwent male circumcision, married through a nikkah, buried their dead, knew very little of the Quran, and intermarried freely with Hindu Rajputs. This cohesive secular image seems utopian in the existing frame of India.

The birth of India as a nation took place on the bloody grounds of violent partition and because of this reason, in Constituent Assembly debates, providing positive discrimination for religious minorities was debated in plenitude. With respect to the word ‘Secular’, debates made clear the ambiguity inherent in the terminology when applied in the Indian context. Questions were raised regarding the nature of its application and to what extent it was even possible. A secular state was not a state that denied the importance of religious faith or sought to inculcate skepticism about religious belief among its citizens. Rather, secularism was most commonly construed as implying that the state would not identify with, or give preference to, any particular religion. The word ‘Secular’ was not part of the original constitution however, was eventually added through the 42nd Constitutional Amendment Act of 1976. In the significant case of S.R. Bommai v. Union of India (1994), Justice PB Sawant said, “Whatever the attitude of the State towards religions, religious sects, and religious denominations; the religion cannot be mixed with any secular activity of the State.”

The hesitation of constitution framers in granting minority rights was also reflected in the post-independence era where forced legal assimilation of religions was done. Under Article 25, explanation II in sub-clause(b) of clause (2) says that Hindus shall be construed as including a reference to persons professing the Sikh, Jain, or Buddhist religion, and the reference to Hindu religious institutions shall be construed accordingly. This discriminatory explanation reflects upon the insufficient understanding of the origin of minority religions, their opposing nature to mainstream religions, and status in a “secular” country like India which now, has focal point on Hinduism. Justice M.N. Venkatachaliah recommended the rewording of the above sub-clause as ‘providing for social welfare and reform or the throwing open of Hindu, Sikh, Jain or Buddhist religious institutions of a public character to all classes and sections of these religions’, unfortunately, the recommendations have not been accepted. As an extension of this, these minorities don’t have personal laws except Sikhs (after the enactment of the Anand Karaj Marriage Act, 2002).

These are mild blows of inequality in recognition that unfold as massive waves in future events.

Bipin Chandra in India Since Independence describes communalism as a product and reflection of socio-economic and political conditions. When there are greater economic opportunities available for the people, there is far greater inequality in regard to access to them.

By the late 1960s, India witnessed a rise in the assertion of a range of identities based on caste, tribal, gender, ethnicity, religion, language, and so on. With the advent of Indira Gandhi in politics, followed the vicious footsteps of communalism. After the Bangladesh war, communal violence started increasing from 1978 and became endemic since then, assuming alarming proportions. It reached its peak during 1984. Punjab crisis asserted that communalism had to be confronted both, politically and ideologically. Akalis used means of religiosity in order to achieve political ends. The long-term problem in Punjab was not terrorism but communalism. The genocidal attempt post-Indira Gandhi’s assassination wounded the Sikh community so brutally that the developmental experience for them became a melancholy occasion.

In another bloodcurdling incident, the Babri Masjid demolition in 1992 was the biggest blot on the NDA leadership. The repercussions of the event were barbarously seen during Godhra riots and post events in 2002. These troubled instances indicate that the State is the key player in the entire project of genocidal priming. One of the recent incidents of the Citizenship Amendment Bill which is an assault on the secular fabric of the country highlights the faultlines of so-called inclusive India.

The communal hatred between the groups has perpetuated the psyche and wisdom of the majority (State) which has led to distorted development experience for Muslims. The following sections will support this argument.

Cross-country comparisons indicate that religious beliefs are a significant determinant of economic growth and that Muslim countries have lower growth rates controlling for their religiosity, two studies show that Islamist parties perform better than non-Islamist parties. The two biggest asset classes in the country are land and building, constituting more than 90% of the total assets in the country. And inequality in these two assets “is responsible for more than 83% inequality in the country”.

Various studies have brought forward the relationship between the relative size of minority populations and the difference in socio-economic inequalities that exist in the majority and minority groups. This node of underdevelopment was highlighted in Sachar Committee Report (2006), that districts with a relatively large minority population (Muslims) were marked by lower levels of social development compared to ones having a lower proportion of Muslims.

According to a recent study, titled Wealth Ownership and Inequality in India: A Socio-religious Analysis, the population belonging to Hindu High Castes (HHCs) boasts four times more wealth than those classified as Scheduled Castes (SCs). Moreover, HHCs hold 41% of the total wealth in the country, which is almost double their population size of 22.28%. The next biggest slice of the wealth pie is cornered by Hindu Other Backward Classes (HOBCs) at close to 31%, a little less than their population size (35.66%). Muslims own 8% of the country’s total assets while their share of households stands at nearly 12%. And, as expected, SCs and STs own substantially less share of assets (11.3% combined) as compared to their population size (over 27%). The study found that the share of wealth in the hands of the bottom 50% of households to the poorest 1% “is lowest among HHCs followed by, HOBCs, Muslims, STs, and SCs”. In other words, HHCs hold much more wealth in the top economic groups and less wealth in their bottom economic groups as compared to any other socio-religious group. Moreover, the share of this demographic is higher in urban areas constituting 32.7% of wealth as compared to 16.7% in rural areas.

In another study, titled Ethnicity, Caste, and Religion: Implications for Poverty Outcomes, a correlation between religion and caste was demonstrated. Poverty incidence is seen to be invariably the highest for the SCs followed by the STs and this is seen amongst the Muslims, Christians, and the Buddhists, irrespective of the nature of the occupation. This clearly implies that no religious community is internally homogenous. Conversion to Islam, Christianity, Buddhism, and Sikhism cannot completely wipe out people’s earlier caste and people seem to carry these with them, even after conversion. Caste seems to be a sticky identifier, unwilling to let go.

Goodwala Committee (1986), stated that the economic conditions of the minorities in Karnataka were slightly better than that of Dalits and twenty years later, during Sachar Committee(2006) which stated that the economic conditions of Muslims in India were worse than that of Dalits. What kind of development led to this reversal of resources? Should the minority communities resort to their fate for this injustice? Is this the Discovery of New India? Answers to these questions are disputed.

Poverty is a visible symptom of the invisible infliction of social division, exclusion, and discrimination on the basis of social identity, caste, religion, ethnicity, region, and gender to which either one may be linked to and ignored or denied on the basis of. Despite all such malevolent activities clouding the communal fabric of the country, there remains hope in the conscious of the masses. The minorities should be given the fullest assurance, not of jobs and of seats in assemblies, but that their culture and traditions would be safe.

India’s development experience is not over, yet.