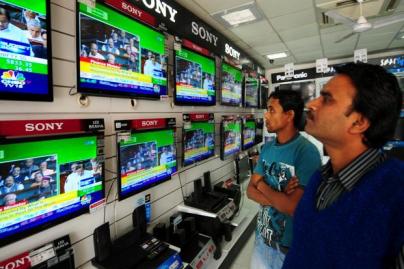 It is now very well known that the entire private TV media in India are owned by business houses or political parties, which largely function with the twin objectives of earning revenue and profit at any cost and carrying out motivated propaganda with partisan outlook, to serve the interest of any political party or group and get gains for themselves in the process.

The editors and anchors in the TV media seem to think that they have the liberty to comment on any subject, whether it concerns science and technology or economics, international relations, education, social issues, etc. in spite of the fact that their expertise level is very limited.

They pre-judge every issue even without any reliable facts and figures or extensive and in-depth investigation, with the sole objective of causing a sensation and attracting gullible viewers. For this purpose, there is bitter competition between the TV media, as to who would do this first and then they shamelessly claim that they have done this first.

For these TV media, rape, assault, murder are the attractive subjects, and hundreds of good things happening in India are of no interest to them. If at all they publicise any good happening, they never do it in prime time telecast.

In almost all cases, for debates and discussions, they only call politicians or controversial persons holding extreme views and favored friends.
People with accomplishments, lofty views and independent progressive thinkers in various fields are rarely invited.

The situation is so bad now that the TV media in all languages have become a disturbingly negative force in India with no check and control.

The country now appears to be paying a big price for the freedom and liberty given to the TV media who seem to think that they can say anything, use any abusive language, being impolite to anyone, spread any false and doubtful news, insult anybody and get away with it. The arrogance of the anchors of the TV media should be seen to be believed.The country has to find a way to discipline the TV media and ensure that they are made accountable.

Unchecked liberty practiced irresponsibly by TV media is spoiling the fiber and fabric of the society and misleading the youth, apart from spreading the culture of violence and conflicts in the society.

It is high time that the TV media should be effectively told that liberty is not a personal affair but a social contract and when liberty is exercised irresponsibly, it becomes counterproductive with severe long-term adverse implications. No healthy society should allow this.