India: Whose sovereignty is it anyway? 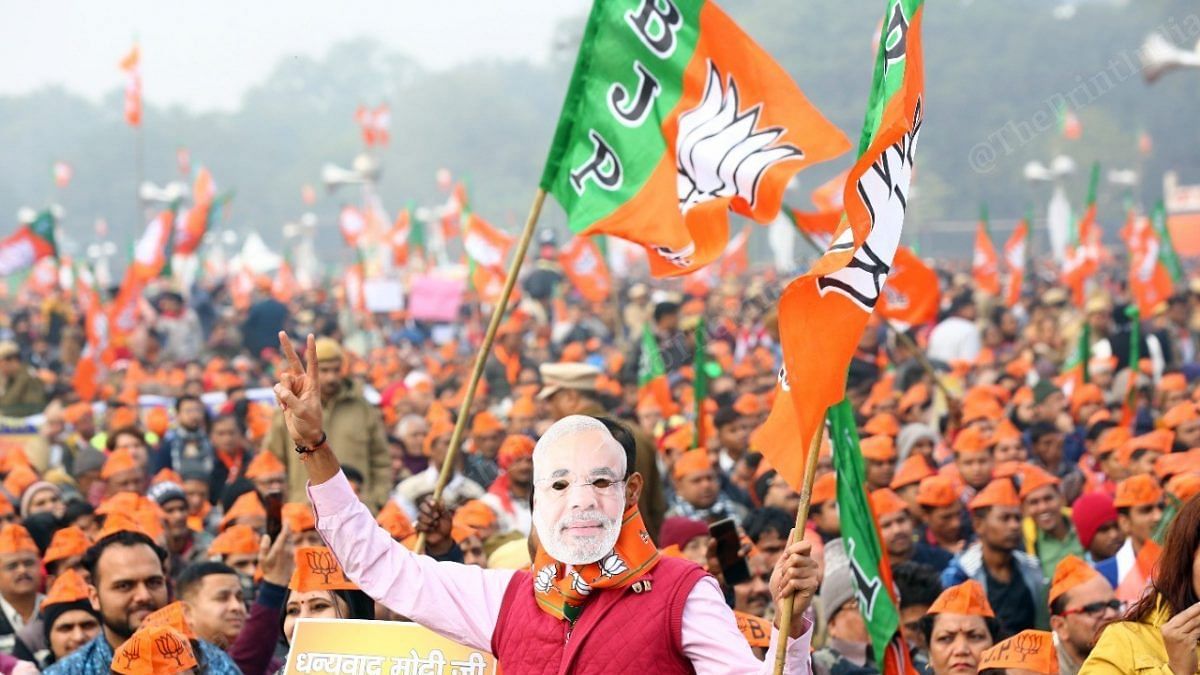 The questions of national sovereignty are dominating debates in Indian politics today. The Indian media has become the voice of the BJP government led by Mr. Narendra Modi. The government and media deride anyone as anti-national if one question’s the government of the day. The students, youths, religious minorities, Dalits, tribals, Kashmiris, human rights activists, lawyers, rationalists, writers, journalists, comedians, cartoonists, progressive activists, and farmers are branded anti-nationals by the government and its media agencies. The poor, oppressed, and marginalised Indian population and voices of their struggles for justice are considered a threat to the country’s sovereignty. Such a painful transition of India and its democracy is invisible to the people, who stay insulated by the power of money, name, fame, constructed public image, and celebrity status blessed by governments and corporates. These lumpen celebrities have forgotten their social commitments for the people who adore, celebrate, emulate and idealise them in their everyday life. These celebrities betray their own roots and break their follower’s trust by being the voice of power and the powerful. These deceptive forces live in an ideology-free zone called ‘opportunism.’

The Indian farmers are fighting against anti-farmer laws, which threaten their source of livelihood. The Kashmiris are in an open prison without basic internet facilities. The tribals are facing the onslaught of mining led industrialisation and corporate loot of their natural resources. The journalists are facing annihilating threats to their life for reporting the truth.  The students, writers, lawyers, and human rights activists are languishing in prison cells. The hunger, homelessness, unemployment, and poverty are accelerated by the government policies in defence of corporates. There is a greater realisation that Mr. Narendra Modi led BJP government has deceived the people of India. Such realisation is crystalised by the farmer’s protests for the last three months. The BJP government is taking all authoritarian steps to suppress the democratic voices of dissent with ruthless actions.

Corporate sovereignty and bonded citizenship are unsustainable. But the rent-seeking Modi government is promoting a culture of taxpayer citizenship rights to divide people and rule. It puts farmers against the army, Hindus against Muslims, north India versus south India, and higher caste against lower caste. Hindutva politics is based on hate and divisiveness. The Hindutva ideology is an internal threat to the unity, integrity, and progress of India. The citizenship rights and democratic institutions are dwindling in India. But the majority of Indian celebrities are either silent, living in fear of defending the corporate government, which is the source of their advertisement, or tax rebate revenue.

The democratic and peaceful farmers’ movements have attracted global attention. Many people watch the sliding democracy in India with utter horror and disbelief. The farmer’s movements have exposed the hollowness of the BJP and RSS. It has exposed the fascist character of Hindutva forces represented by the BJP and RSS. Many international voices expressed their solidarity with Indian and Indian farmers and their legitimate democratic and citizenship rights to defend their livelihoods within this context. The Modi government is hellbent on implementing the anti-farmers laws concomitant with corporate interests. It shows Modi’s commitment to corporates and disregard for the farmers of India. The Modi government treats poor Indians as disposables, and their democratic rights do not matter. It has proved itself time and again that India’s people are mere voters and not shareholders of Indian democracy and its decision-making.

The Modi government’s failures have contributed to creating conditions of enormous political, social, cultural, religious, economic, and institutional crises in India. The farmer’s movements have helped people to understand the nature and source of these crises. The solidarities are growing in support of Indian farmers and their democratic rights. The Modi government is hiding behind by creating a propaganda war to protect the unity, integrity, and sovereignty of India. From Indian cricketers, film stars, celebrities to media and corporate heads have started echoing Mr. Narendra Modi led BJP government’s propaganda as if India and its sovereignty is under threat after international celebrities and public figures twitted in support of ongoing farmers struggles. The Hindutva forces are manufacturing the crisis of Indian sovereignty escape from their constitutional responsibilities, and hide their failures.

The Indian farmer’s struggles have also exposed Westphalian sovereignty limits that help to consolidate the mobility of capital and territorialisation of labour. The ruling class and their celebrity representatives call it ‘our internal affairs.’ The Westphalian concept of national sovereignty is a bourgeoisie project, whereas postcolonial national sovereignty is a mass movement product. India’s sovereignty is a product of an anti-colonial struggle led by Indian working classes from all regional and religious backgrounds. The anti-colonial, anti-imperialist, anti-feudal, and anti-capitalist nature of the Indian freedom struggle has shaped constitutional sovereignty, democracy, and its egalitarian and secular ideals of modern India. India’s sovereignty is a product of collective sacrifice and collective consensus to build a country for its people. The people of India are the shareholders and guardians of Indian sovereignty.  The collective foundations of sovereignty, unity, and integrity of India are shaped by its people and their citizenship rights guaranteed under India’s Constitution. The unity, integrity, and sovereignty of India depend on the common will of the people. The Hindutva politics break this common will in the name of its fictitious ideology.

The Hindutva forces are opposed to India’s ideals based on integral humanism reverberates in Vasudhaiva Kutumbakam (the world is one family). The Hindutva politics of hate weaken Indian democracy by destroying the universal, egalitarian and secular nature of citizenship rights. India’s unity, integrity, and sovereignty depend on greater democracy, stronger and inalienable citizenship rights. The farmers’ movements are growing every day to reclaim democracy and citizenship rights to ensure unity, integrity, and sovereignty of India by defeating reactionary and original anti national Hindutva forces. The heroic farmer’s struggle is a national liberation struggle to uphold the inclusive legacies of India’s freedom struggle and its emancipatory ideals. These ideals are not based on the territorial theology of sovereignty.

The collective emancipatory ideals bring people together to fight unitedly against all forms of exploitation, inequalities, and domination.  Struggles for human emancipation and justice and the ideals of solidarity are borderless. This is how human history progress from feudalism to democracy. The successful struggles against slavery, feudalism, colonialism, apartheid, fascism, and dictatorships are products of human beings’ interconnectedness and their collective commitment to uphold common values of humanism beyond narrow selfishness or immediate identity based on nationality, religion, race, and class. The farmer’s movements in India represent the best traditions of working-class unity. It has reinvigorated the progressive ideals of solidarity and internationalism.