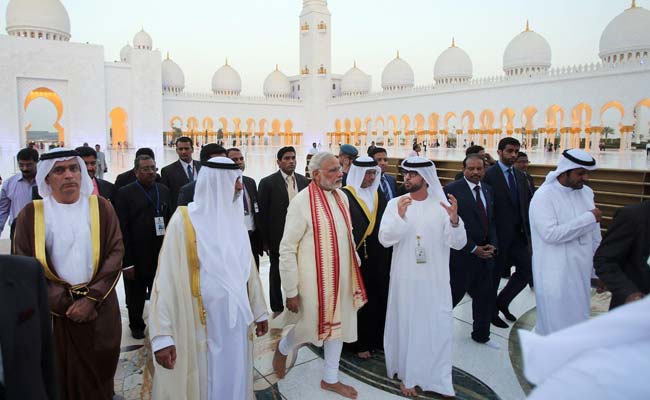 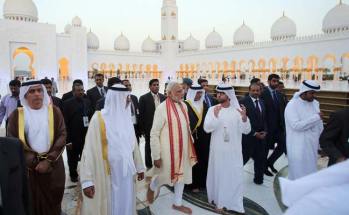 UAE as third largest trading partner of India
The UAE and India are making tremendous efforts to push their economic investment and trade cooperation to new heights. As per forecasts, India is expected to rise as the world’s third largest economy by 2030 after the United States and China. “The UAE was the third key trade partner to India after China and the US in 2013 and 2014.The two-way trade has seen meteoric growth over the years, rising from US$43.5 billion in 2009 to nearly US$60 billion in 2014 from just US$180 million in 1971. The UAE-India bilateral trade continued to grow in strength with Indian exports of goods and commodities expected to surge to US$100 billion and two-way trade exchange to US$160 billion by 2030”, making the UAE the largest trade partner of India in the world. According to a study by the UAE Ministry of Economy, “India is the number one trade partner of the UAE with a relative share of 9.8% of the total UAE non-oil trade. It also ranked first in the UAE’s overall exports with a relative share of 14.9% and ranked second in the UAE’s re-exports to the world accounting for 8.7% of the UAE’s total re-exports. India also ranked third in the UAE’s total imports with a relative share of 9.2%.” The UAE is the largest Arab investor in India, accounting for 81.2% of total Arab investments in India, and is ranked 11th in the world regarding foreign direct investments in India. The total UAE investments in India amounted to US$8 billion, including US$2.89 billion in the form of direct foreign investments. “The value of investments by Indian companies in the UAE is estimated at more than US$55bn, according to statistics by the Indian Business and Professional Council.” The UAE also hosts the largest Indian community overseas, with more than 2.6 million Indians living and working in the UAE.
Security and counter-terrorism
As regards peace and security of the region, the UAE pays due attention to regional security in Asia and puts India at the forefront of its international partnerships besides broadening an inclusive dialogue with a view to deepening and diversify their mutual engagement. There are particularly strong opportunities for UAE-India security cooperation in combating terrorism against the backdrop of mounting ISIS terror in Syria and Iraq and various other global terror outfits like Taliban in Afghanistan and Jaish-a-Muhammad and Haqqani networks in Pakistan. In recent years, UAE, like Saudi Arabia, have embarked on a closer relationship with India on security and counter-terrorism because the Islamic State is openly calling for the destruction of established monarchies in the region. In any eventuality then, India is at closest proximity to step into any vacuum that arises if the US pulls out of the region to focus on China under its “Rebalance to Asia” policy.
Thus at a time when the UAE desires a trusted strategic partner cum net security provider and also a reliable customer and India needs the uninterrupted supply of reasonably priced crude oil and investments into its territory for economic reasons, which are declining and moving towards the US and Europe, the visit of the Crown Prince of Abu Dhabi will be a welcome change for ensuring growth and welfare of people of both the countries as they lie at the heart of India-UAE relations. Indeed both governments wish to sincerely nurture these relationships not only for ensuring their mutual progress, prosperity, security and stability but also that for the entire extended Asian region and even beyond.