India: Rule of Law in Crisis of Trust 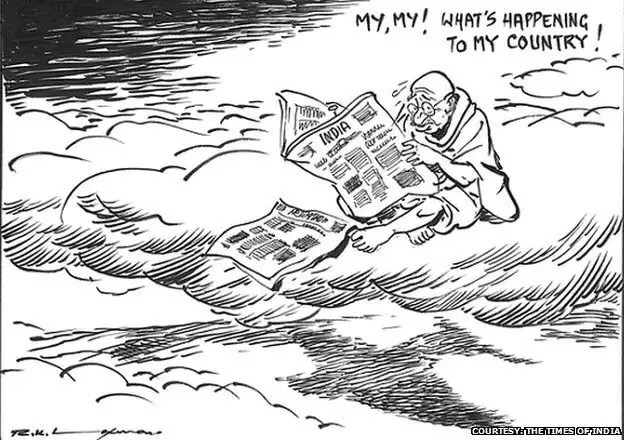 In the past few months, there have been instances where public institutions’ performance and objectivity were debated in media, even more, disturbing was the multiplicity of electronic media channels where hyperactive news anchors were telecasting different versions of the same events which have confused the innocent viewers. This type of erosion of trust in media and performance analysis of public institutions is eroding the trust of the common man in the executive of the country. With a pluralistic society with different nationalities to keep the federal structure intact rule of law is the most important ingredient for India. As per Shivaraj S. Huchhanavar,“ Today in India ‘Rule of Law’ is on its verge of losing its grounds as a potent norm of Social Order because it is not ‘the government of law’ can rule the country rather it is the ‘Government of the wise man’ rule the country, ‘rule of law failed to achieve equality in a pluralistic society like India”.

The rule of law as per the world justice project included broadly four components namely; accountability of institutions, just laws, open government, and accessible justice. The UN has further updated and expanded the definition of ‘rule of law’ issues includes emerging and critical issues such as the proliferation of hate speech and incitement to violence; preventing radicalization/violent extremism; climate change and the environment impacting on the security and livelihoods of people; and the complexities of artificial intelligence and cybercrime.

The rule of law requires the government to exercise its power in accordance with well-established and clearly written rules, regulations, and legal principles. The expansion of definition by UN encompasses almost every aspect of life and it is a dynamic concept, in addition to it further includes the socio-economic factor rather than restricting itself to a legal one. Now the question comes whether the quality of information available or the citizen who are subjected to such kind of information is counterproductive to rule of law, the statement stands a strong chance of scrutiny by sociologists. The reason being now a day the pressure groups which importantly depend upon the public opinion are based on narratives. The narratives are influenced by the quality of information which is widely accepted or influenced by the psyche of the majority. In some cases, the excess of information also leads to complacency towards the issue in elites, who are either influencing the pressure groups or even working in them.

The overt instances of the hijacking of incidents, which are either subject of a criminal investigation or dealing with law and order, by political representatives create even strong impediments to the administration of justice. The incidents often get covered with layers and layers of prejudiced opinions and sponsored opinionated narratives. Although India has got a very strong judicial system which has never been influenced by such preliminary assumptions or what people used to think but the finality of the case is at the pedestal of the judiciary which takes time and only very few incidents have maintained the interest and awareness of common masses till such point of time which is usually in years to come.

The functional strength of public institutions in democratic regimes is derived from strict adherence to ‘rule of law’, which includes the prevention of abuse of power, objectivity, and independence of institutions, and faith of citizens that they will be subjected to equal treatment before the law. All these principles are further embodied through fundamental rights in the constitution especially Article 14 and 21 which guarantees the right to life and equality before the law. The statutory provisions under these ‘rights’ impose a great amount of responsibility upon public institutions to adhere to the principles of natural justice, equality, impartiality, and just administration so that individual right to life is exercised to the fullest extent.

The confusion and doubts created by the supply of more than required information is proving counterproductive in the justice administration also it is hampering the formation of objective public opinion. It requires very balanced and optimum coverage of incidents that are yet to be proved by strong and credible evidence otherwise it only signifies opinionated attempts to channelize a particular story further it serves no purpose. Now the question arises how to maintain faith in the institutions where we are subjected to all type of readily available information, the primary solution is within an individual sense of reasoning and patience. Apart from expectations from public institutions there is also responsibility upon citizens also asking themselves a so what can we do?  To start with we cannot simply blame those in government or those who are running the institutions.  We also need to take responsibility ourselves to protect and promote the rule of law, as everyone is part of contributing towards more mature electronic and social media, objective public debate and not falling prey to information which is not backed by strong reasons and evidence.