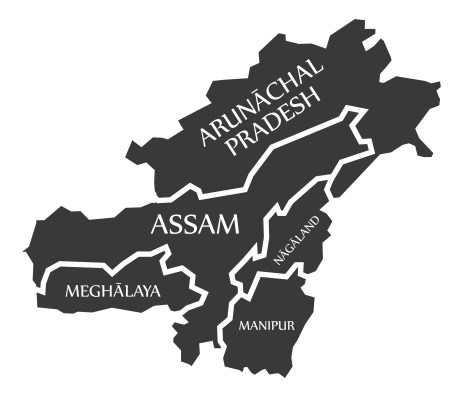 On June 17, 2018, militants of the Nationalist Socialist Council of Nagaland-Khaplang (NSCN-K) laid an ambush near the Tenyak River on the outskirts of Aboi Town in the Mon District of Nagaland, along the India-Myanmar border, killing two Security Force personnel. The deceased were identified as Hawaldar Fateh Singh Negi (Assam Rifles) and Hongnga Konyak (164thBattalion, Territorial Army). Another six troopers were injured in the ambush. One of the injured personnel identified as Alom Hussain belonging to Assam Rifles (AR), succumbed to his injuries on June 18. The NSCN-K, however, claimed that six Indian soldiers were killed.

Claiming the ambush, an NSCN-Krelease said, “In a series of on-going ‘Summer Offensives’ to sanitize the land against the illegal deployment of occupational Indian forces and to rein in their illegal activities, provocative movements there by wrecking havoc (sic), perpetrating terror and disturbances of peace and tranquility in the Naga country, the Naga Army attacked the armed patrol of Indian Security Forces near Aboi town in the afternoon today and slew more than six (6) soldiers on the spot and injured the equal number (sic).”

The Independent faction of United Liberation Front of Asom-Independent (ULFA-I) claimed that it was part of the ambush, along with NSCN-K, under “joint military command”.

On May 25, 2018, a militant of the Isak-Muivah faction of NSCN (NSCN-IM), identified as Pangang Gangsa, was killed in an encounter near Nignu village in Longding District in Arunachal Pradesh, along the India-Myanmar border.

On March 6, 2018, a soldier of the Rajputana Rifles, identified as Sepoy Abhijit Mondal, was killed and another three were wounded in an explosion at L.Bongjoi village in Chandel District in Manipur, along India-Myanmar border. The United National Liberation Front (UNLF) claimed responsibility for the attack.

During this period (January 1, 2006, and June 22, 2018), these four north-eastern States have accounted for a total of 2,904 fatalities (791 Civilians, 235 Security Force, SF, personnel, and 1,878 militants). Thus, the 12 bordering Districts alone, out of a total of 56 Districts in these four States, accounted for 27.7 per cent of insurgency linked fatalities. During this period, the six insurgency affected north-eastern states (Arunachal Pradesh, Assam, Manipur, Meghalaya, Nagaland, Tripura, and Mizoram) have accounted for 5,742 fatalities, with the 12 bordering districts accounting for 14 per cent of the total.

Even as the overall fatalities in the entire northeast have declined and peace talks with various militant groups have progressed the active presence of some insurgent formations in this small pocket of militancy remains a worry. In 2017, during a security review meeting at the Union Ministry of Home Affairs (UMHA), Mon District was specifically identified as one of the five contiguous Districts of Arunachal Pradesh and Nagaland along the Indo-Myanmar border (Tirap, Changlang and Longding Districts of Arunachal; and Tuensang Districts of Nagaland) as the hub of the “last remaining militants” in the Northeast.

The major militant formation operating along India-Myanmar border are NSCN-K and ULFA-I, who claimed joint responsibility for the June 17, 2018, attack. It is useful to recall here thatthe then ‘chairman’ of NSCN-K, S. S. Khaplang, and Paresh Baruah, the leader of ULFA-I, had in April 17, 2015, formed the United National Liberation Front of Western South East Asia (UNLFWESEA) with an aim to wage a ‘united and total struggle’. UNLFWESEA was led by Khaplang. After the death of Khaplang, the ‘founding chairman’ of NSCN-K, who died due to prolonged illness on June 9, 2017, Khango Konyak became the ‘chairman’ of the NSCN-K on June 22, 2017, and also the leader of the UNLFWESEA.

Notably, the second worst single attack targeting SFs, in terms of fatalities, in the entire northeast was carried out by the UNLFWESEA on June 4, 2015. Militants had ambushed a convoy of 46 troopers of the 6 Dogra Regiment of the Army at Moltuk in the Paralong area of the undivided Chandel District of Manipur and killed 18 Army personnel and injured another 11. The worst single attack had taken place on February 19, 1982, when a convoy carrying soldiers was ambushed by cadres of the undivided NSCN near Namthilok in the Ukhrul District of Manipur, and 20 troopers and one civilian contractor were killed. UNLFWESEA also carried out another two major attacks, not in the region (along India-Myanmar Border) specifically, but in the adjoining area of Tinsukia District (Assam), which shares a border with the Changlang District of Arunachal Pradesh:

November 19, 2016: Three Army soldiers of 15 Kumaon Regiment were killed and four wounded in a joint ambush by ULFA-I and NSCN-Kat Pengeri in Tinsukia District.

Other constituents of UNLFWESEA include the Assam-based Kamatapur Liberation Organization (KLO) and I.K.Songbijit faction of the National Democratic Front of Bodoland (NDFB-IKS), now known as NDFB-Saoraigwra (NDFB-S);and the Manipur-based Coordination Committee (CorCom), a consortium of six Imphal Valley-based militant groups, The Assam-based People’s Democratic Council of Karbi-Longri (PDCK) is the latest outfit to join the UNLFWESA in May 2018.

The last incident involving UNLFWESEA in the region (along India-Myanmar border), before June 17, 2018,was reported on November 26, 2016. At least five Army personnel deployed along the India-Myanmar border in Manipur sustained injuries when militants ambushed a patrol party in the Sajik Tampak area of Chandel District. The soldiers were reportedly patrolling in the interior areas of Chandel District located along the International Boundary (IB) when a remote controlled bomb detonated.

The grouping had failed to inflict any major damage in the region (along India-Myanmar border)since then because NSCN-K, the most prominent element in the grouping, had suffered a major loss in the death of its founding ‘chairman’ Khaplang. Assessing the adverse impact of this development on the outfit, Union Minister of State for Home Affairs Kiren Rijiju had claimed on June 10, 2017,

The NSCN-K, under Khango Konyak, has been confirmed to have been involved in five incidents of killing in the region resulting in seven fatalities. The June 17, 2018, incident was the first major incident (involving three or more fatalities).

On March 14, 2018, Union Minister of State for Home Affairs, Kiren Rijiju, in a written reply to a question in the Rajya Sabha (Upper House of India Parliament), stated,

The strengthening of border guarding arrangements including Infrastructure is an ongoing process, keeping in view security requirements and availability of resources. As of now, there is no proposal to fence the Indo-Myanmar Border.

Earlier, on March 8, 2018, a report titled Action Taken by Government on The Recommendations/Observations Contained in the Two Hundred Third Report on Border Security: Capacity Building and Institutions, submitted to the Rajya Sabha stated,

Government of India had initiated a work of fencing (approximately 10 kilometres) between Border Point (BP) No. 79 to 81 at Moreh in Manipur in the year 2010. The work was then stopped due to agitation by local population in the year 2013, followed by demand of State Government for re-survey of border between BP No. 79-81. Since BP 79 to 81 is demarcated resurvey is not possible. However, in order to remove difference of perception on ground, it has been decided to construct subsidiary pillars between BP No. 79 & 82… In order to rationalize and regularize the facility of free movement under the existing FMR [Free Movement Regime (FMR] and with the objective of confining this facility to genuine and bonafide residents of the border areas a draft MoU (Memorandum of Understanding) on movement of people across IMB (Indo-Myanmar border) is under consideration in MEA [Ministry of External Affairs].

Presently, the 46 battalion-strong Assam Rifles defends the Indo-Myanmar border, but reportedly patrols only up to 500 meters from the zero line. A January 18, 2018, report states that MHA is considering the proposal of raising a 29-battalion strong India-Myanmar Border Force, comprising 25 battalions of the Assam Rifles and four battalions of the Indo-Tibetan Border Police (ITBP). ITBP will head the newly envisioned force.

The challenge of border management is enormously compounded by the prevailing Free Movement Regime, according to which people living within 16 kilometres on both sides of the border are allowed to cross over without any hindrance. This is intended to facilitate the free interaction of contiguous communities that share ethnic, historical and family ties. However, as UHM Rajnath Singh observed, the Free Movement Regime is “misused by militants and criminals who smuggle weapons, narcotics, contraband goods and Fake Indian Currency Notes.”

Crucially, the 1,643 kilometers long Indo-Myanmar border that runs through the four north-eastern States of Arunachal Pradesh, Manipur, Nagaland and Mizoram needs urgent attention. According to a March 28, 2018, report, the Government of India (GoI) plans to enhance operational capability of SFs guarding the Indo-Myanmar border, and to address the connectivity issues by constructing helipads along the border. New Company Operating Bases (COBs) are reportedly being planned to be set up closer to the border. Indian Special Forces have periodically launched intelligence based preemptive operations against the militant formations operating along across the border, which remains porous, facilitating easy movement by militants.