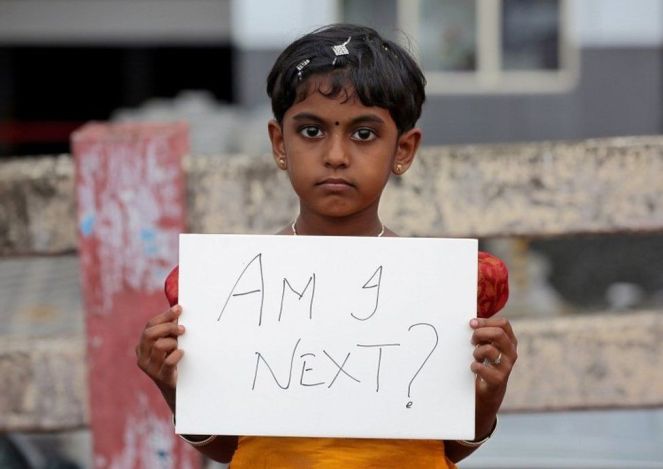 To raise voice against the lacunas in law is natural for any civil society and to assure more security to the citizen is the duty of the government. But what is the limit of ‘more’? Should very ‘highlighted’ incident lead to more stringency? And whether ‘more’ is the right answer?

The history of legal responses to increasing crime rate in India has a general trend that is to make new laws with ‘more’ harsh and rigorous punishment. The approach of lawmakers in India towards reform in crime situation has been piecemeal rather than holistic. The ‘mobocratic’ nature of these reforms undertaken in India is seemingly proved to be inefficient to curb over-increasing criminal violence, these piecemeal ‘stringent’ measures might satisfy public outcry, but this symbolic satisfaction has a counterproductive effect on a criminal justice system. Such laws often lack scientific and logical assessment of facts and robust debate among lawmakers.  The result of this can be observed from Kathua and Unnao rape case even after implementation of Criminal Law (Amendment) Act, 2013 and Hyderabad rape case just right after the Criminal Law (Amendment) Act, 2018 which had ‘more’ stringed measures to curb sexual violence. The article seeks to examine whether the theory of deterrence adopted by the lawmakers towards enacting ‘stringent’ law been effective to check the criminal violence in India.

We are living in a society which is no more a civilised society as it used to be. India has always been the country of women where they are treated as the goddess Durga. However, in recent times, heinous crimes against women such as Nirbhaya rape case 2012 (where a medical student was brutally gang-raped in moving bus and later she died), Unnao rape case 2017 (where a 17-year old girl was gang-raped by a BJP member Kuldeep Singh Sengar) and Kathua rape case 2018 (where an 8-year old girl was abducted, raped and murdered in Jammu and Kashmir) shows the unfortunate and unpleasant condition of women in the society. All the above-given cases have taken place consecutively, which shows the failure of laws, government and judicial policies in restricting crime.

The present Indian penal code (IPC), Code of Criminal Procedure (CrPC) and Indian Evidence act was seemingly insufficient to provide deterrent punishment to the offender. Consequently, all these recent incidents of brutality and violence fuelled demands from various sections of society to make penal provisions more stringent and effective. The rising demands overpowered the government to make some stringent legislation to restrict the crime.

The demand of the society to provide them with a more secure environment to live with dignity is valid, it is their fundamental right[1]. It’s the duty and responsibility of the government to provide the citizens with a legal framework that punishes the culprits of the society. But the law enacted should be rational rather than being a hasty product.

The Indian Penal Code, 1860 is the most critical criminal legislation; it consists of an elaborate code of offences with their definition and punishments. Prior to the amendment of 2018, the IPC was amended by the Criminal Law (Amendment) Act, 2013. The recent developments in the criminal law aims at deterring the increasing trend of sexual violence in India. However, the ‘deterrence’ which the new provisions of legislation seek to bring has been brought at the cost of proportionality and reasonableness, which can be noted through a manifold increase in the sentences. Which the state believes would act as a deterrent factor!

With a perusal in the Criminal Law (Amendment) Act, 2018, (CLAA) it can be identified that rape simpliciter is punishable under Section 376 (1), IPC and aggravated rape under Section 376 (2), IPC. The former lays down the general offence of rape, therefore, invites a lesser punishment while the latter lays down certain circumstances[2] where the nature of rape is to be considered more aggravated so has a severer punishment. However, CLAA has increased the minimum sentence for Section 376 (1) from 7 years to 10 years[3].

The law enacted with regard to the rape of a woman under 16 years of age is effectively more stringent, another sub-section, i.e. sub-section (3)[4] has been inserted. It provides for a minimum punishment of 20 years which may extend to life imprisonment.

To cater the rising cases of rape against minors, three new offences have been created. Section 376AB creates a new offence where minimum punishment for raping a woman under 12 years of age is 20 years imprisonment which may extend to life imprisonment and maximum sentence be that of death.[5] Whereas the other two offences Section 376DA and Section 376DB[6] are the extension of the previous provision of gang rape.

There is a question that has been debated around the world – does making the laws more stringent reduces crime? The effectiveness of such laws can be judged from a recent report that cited gruesome rape cases that have been recorded in the first half of 2019. Interestingly, these brutal rape cases have taken place just after three or four months of the implementation of stringent laws, i.e. Criminal Law (Amendment) Act, 2018. Here is the list of those horrific rape cases of 2019:

The incidences do not end here, there are more in the list, and there are a hundred others which go unreported and unregistered.

Also, the deterrence theory can be criticised for only bearing the ‘long-distance danger’ that is overshadowed by the ‘near pleasure’ of committing a crime. The data presented proves the criticism as the laws enacted on the principle of deterrence theory are inefficient to reduce the crime situation in India.

The criminal law is one of the most vital link which defines the relationship between a state and its citizens. Therefore, it is desirable if this relationship is defined precisely and clearly in the penal statutes. Any ‘mobocratic’ legislation may calm public impulse, but the narrative of deterrence is nothing but misguided institutional aggression, detached from ground realities. The stringency brought by these legislations is in no way being proved to be deterrent in crime. As discussed in the article, even after vehemently increasing the punishment, the crime graph does not seem to be flattening.

Apart from the null effect of stringent laws in the deterrence of crime, such legislations seem to increase the unreported sexual incidents as the perpetrators are mostly known to the victims,[7] so victim might be under pressure to not to report to the authorities. Furthermore, mandatory sentences can create counterproductive results, as argued by Senior Advocate Indira Jai Singh that “the mandatory nature of the offence takes away the discretion of the judge. Every sentence must fit the crime.” Therefore, to the passage of laws, its credibility and effectiveness are also expected from any government.

“No punishment has ever possessed enough power of deterrence to prevent the commission of crimes. On the contrary, whatever the punishment, once a specific crime has appeared for the first time, its reappearance is more likely than its initial emergence could ever have been.” – Hannah Arendt in Eichmann in Jerusalem (1963).

Same can be inferred from the above conclusion. Lawmakers of our country must understand, to resolve the problem, one must be first aware of the core of the problem, and right now that is what we are not doing. We are introducing stringent laws to pacify public clamour and outrage. Instead, lawmakers need to introduce legislation which tends to deter crime and sentencing of punishment, i.e. judicial discretion must be left in the hands of the judiciary. One strongly feels that the Criminal Law (Amendment) Act, 2018 has completely failed in deterring crime, and there is a need to re-strategize our fundamental approach to criminal laws. So, we urgently need a national debate on our path to crime and punishment. We need to focus on social, political and economic measures to prevent crime because research in Mexico reveals that reducing economic disparities leads to the reduction of crime. There is a need to democratise criminal courts and to improve the professional standards of judges, lawyers and prosecutors to bring them on a par with global standards. We need to de-concentrate the huge centralisation of power in Indian trial judges which increases the risk of fallacy and mishandling by moving closer to the common law tradition of separating investigation, prosecution and fact and upholding the rule of law, justice and rights function. We live in a society where discussion of child sexual abuse is considered as taboo, and people stand silence on this so; it is not only the duty of the government, it is our duty too to educate our children on these issues. It is high time our state legislature and parliament should develop a post-colonial, post-feudal, modern, democratic, liberal and comprehensive criminal justice policy that reflects the spirit of our democratic, secular, liberal, socialist, republic as well as our civilisational values of non-violence and compassion.