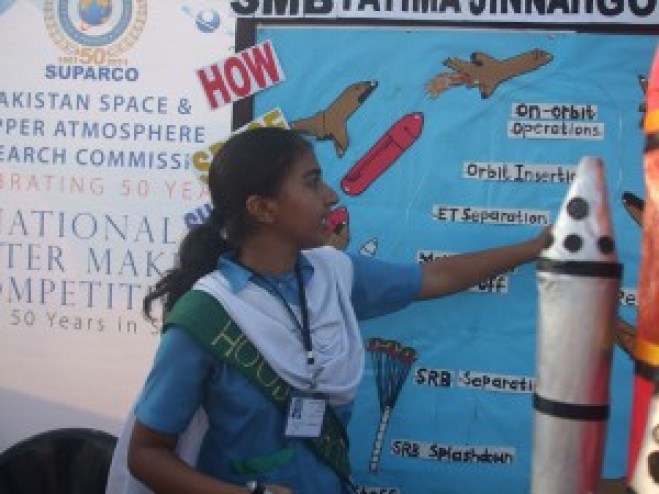 Every state has a right to prioritize whichever national objective it wants to achieve first. When it has issues like poverty, corruption, unemployment, and terrorism, etc. at hand, aiming for space becomes a herculean task. Same happened in case of Pakistan.

However, a question arises that in the age of globalization, telecommunication and information technology is it plausible for a state to achieve its national objectives without investing in space technology? Space technology is becoming an essential as dependency on modern technology is increasing. Developing state cannot stand with developed nations of the world without investing in space technology. Space satellites are becoming a necessary technology not only to ensure state’s progress in information technology, but they are vital for military interests of the state as well. Space satellites are dual-use technologies that are equally effective for military usage. These satellites enable the states in intelligence gathering, navigation and military communication, high-resolution imagery and most importantly in developing early warning systems. With the help of early warning systems, states could detect the flight paths of incoming ballistic and cruise missile from an enemy as well.

Though Pakistan is a developing state, it never shied away from pursuing ambitious technological pursuits. Pakistan’s space program “Space and Upper Atmosphere Research Commission (SUPARCO)” established in 1961, is an example that as nation importance of space exploration is not lost on the state. Pakistan was the first country among its regional neighbors to pursue a space program. However, these glittering generalities are part of the past that Pakistan witnessed regarding space satellites. Currently, Pakistan is lagging in the space program. In this day and age, Pakistan has yet to launch remote sensing satellite in space which is essential in monitoring, recording change and intelligence gathering as well.

Contrary to Pakistan its neighbor India which initiated its space program eight years later is now a record holder of sending more than 100 commercial and national satellites in one go. Furthermore, India has so far launched more than 100 satellites and establishes its network of satellites not only for commercial purposes but military purposes as well. At the moment, India is using its 13 satellites for military purposes including Cartosat 1 and 2, Risat 1 and 2 and GSAT-7 or INSAT-4F for intelligence, surveillance and reconnaissance over enemy areas.

The fact that India is also a developing country where the population is increasing, and resources are becoming scarce by the day, is thought compelling. It is evident that by being mindful of military and economic benefits of space exploration, India never gave up on its progress in the arena of space technology. A significant contribution to India’s space program came from the development of strategic ties with the US and consequently its accession to MTCR and Wassenaar Arrangement. It’s beyond any reasonable doubt that India’s space program achieved its glorious heights after making strategic ties with the US.
International support received by India is one of the significant reasons behind the robust success of its space program, but the same is not the reason behind slow pace of Pakistan’s space program.
There are several contributing factors behind inactive space program that Pakistan is running. One of the biggest technical shortcomings Pakistan is still facing in its space satellite program is the dearth of launching vehicle for space satellite. The satellite launch vehicle enables a state to enter its payload into an outer orbit from earth’s surface through the help of carrier rocket. Recent telecommunication and digital satellite launched by Pakistan utilized China’s assistance. So, the biggest shortcoming in a technical sphere is the absence of satellite launch vehicle. Pakistan is a state with sufficient manpower but needs financial sources to build satellite launch vehicles.
To reserve finances for a space program, it is essential that government builds state narrative on the importance of space exploration as satellites are not only essential for military purposes but is also a growing industry. In a time where a superpower is governing international system through the help of information technology and globalization has massive effects on state affairs, space satellites are becoming economic opportunity to be seized. So far in South Asia, the only country which is tapping space in India and thus seizing all the economic benefits along with military benefits. Economic benefits of the space exploration are undeniable; states providing launch facilities to the host space satellites earn huge revenue for providing the launch facilities. At the moment, India is an only South Asian regional player who is hosting commercial satellite and is even providing services to companies like Google.

Another concerning matter is smart spending of the budget when it comes to technological innovation. This concern should be considered as the need of the hour for Pakistan. Lamentably, it is evident from the political history of Pakistan that the leadership in its particular residency was more concerned with spending on items that helped their political cause rather than for the matters of national interest.

Therefore, along with economic resources, public support and technical innovations to develop a space program at its full potential are mandatory. A democratic government should show staunch political resolve in favor of space exploration. This will not only enable Pakistan to have an eye in the sky, but it can put money in state reserves by providing commercial services to international/national actors and take the nation to great technological highlights. Moreover, such initiatives are essential for making Pakistan self-sufficient state and will endorse the political resolve to alleviate unemployment by creating jobs in the new avenues for the generations to come.