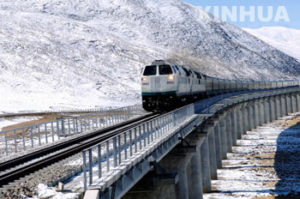 China is moving fast towards Nepal to be its best neighbor, position currently occupied by India. A section of Indian establishment and media dislike Nepal’s widening ties with China. They believe that Nepal has gone a bit too far and too fast in enhancing relations with its northern neighbor. Nepal is important for China due to its geopolitical location between India and China.
Three important developments have further deepened and widened Nepal China bonds. The first is the economic blockade imposed by India, the second is the One Belt One Road (OBOR) Initiative undertaken by China, and the third is China’s rise as the second most important global economic, military and political power.

The Indian blockade 2015 proved that Nepal is not only a landlocked but also practically an India locked country. After the blockade Nepal turned towards China and signed transit trade treaty including following nine other pacts on 22 of March 2016:

1. Nepal to use China’s sea port facility
2. Transit transport agreement to be reviewed every ten years
3. China to build a regional international airport in Pokhara.
4. China, Nepal exploring the possibilities of signing a bilateral free trade agreement
5. China to explore the possibility of finding oil and gas reserves in Nepal
6. China to provide economic and technical support to Nepal to implement the project on Pokhara airport
7. China to distribute solar panels in Nepal’s rural areas by tapping its Climate Fund
8. China to build, manage and maintain Xiarwa Boundary River Bridge at Hilsa, Humla
9. Nepal, China to strengthen intellectual property system in both the countries
10. Nepal, China to extend cooperation and exchange information on banking regulations

Before Sino-India war, Nepalese used to travel through ancient Silk Road as means of greater regional connectivity. Newar, Nepalese merchants used to conduct trade between Nepal, Tibet and Bengal, India over the Silk Road, and acted as a bridge for economic and cultural exchanges between South Asia and Central Asia. The thousand-year-old Lhasa Newar tradition came to an end after the caravan route linking India and Tibet through Sikkim was shut down by the Sino-Indian War in 1962.

In fact, many Nepalis have no knowledge about Nepal’s relation with Tibet that it was easier and safe compared to travel towards South at least until the 19th century. As a Sociologist, Dor Bahadur Bista mentions, until the beginning the 19th century, Nepal shared a greater cultural affinity with and had more significant economic interest in Tibet than India. Also, there were more Nepalis in Tibet than anywhere else in South Asia.

The dense sub-tropical forest to the south, with its diseases, wild animals, and evil spirits, dacoits and robbers were the primary causes to consider the southern border unsafe. By that time, Nepalis were more privileged in Tibet. For example, Nepalis businessmen could marry Tibetan women, and male offspring of such marriage was regarded as Nepali subjects (popularly known as Khachara) whereas a female child from such a marriage (Nepali father and Tibetan Mother) was acknowledged as a Tibetan citizen. The then Tibetan government had agreed to accept the arrangement and granted the Khacharas the privileges and facilities accorded to Nepali traders in Tibet.

Around 600-650 CE, Nepalese Princess Bhrikuti got married to Songtsan Gampo, Emperor of Tibet. Princess Bhrikuti, as a part of her dowry, brought Buddhists relics and Thangkas to Tibet and establishing Buddhism as the Royal religion in Tibet. Bhrikuti is usually represented as Green Tara in Tibetan iconography. The Red Palace on Marpo Ri (Red Mountain) in Lhasa, which was later rebuilt into the thirteen story Potala Palace by the Fifth Dalai Lama, was constructed by Newari craftsmen according to her wishes.

In 1260 CE during the Yuan dynasty, Newar craftsmen of Nepal Araniko, on the decree of Chinese/Mongolian Emperor Kublai Khan, traveled to Shangdu and built the White Stupa of Miaoying Temple in Beijing, which was the largest structure in Beijing at that time. Taking almost ten years (1279-1288 CE) to complete, the Stupa better known as White Dagoba is still standing today and is one of the oldest Buddhist Stupa in China.

The Kerung route was opened in the 17th century which provided the ground to develop a closer interaction among China, Tibet, India, and Nepal. It was Tibet, which was paying an annual tribute of Rs. 10000.00 to Nepal until 1953. Moreover, Nepalese were freely allowed to visit pilgrimages to the holy Mt. Kailash in Tibet. Likewise, Tibetans allowed traveling to worship Buddhist temples in Nepal.

Before reunification of Tibet into China, once Kathmandu was a prime center of trans-Himalayan communications and a meeting ground of traders of Nepal, British-India, and Tibet, people from major bordering points i.e. Kerung, Kuti were active in trade, tourism, and trekking related businesses. There were no restrictions on human movements to and from Tibet to Nepal.

However, drastic paradigm shifts were observed not only on the trade but also on aspects of human mobility and other cultural relationship between two bordering neighbors after Chinese occupation of Tibet. Due to security concern in Tibet, slowly and deliberately the restriction on the people’s movement was imposed in the Nepal-Tibet border.

After the reunification of Tibet, China raised significant concerns of security and tightened the border with Nepal. The 1950 Indo-Nepal Treaty of Peace and Friendship that had established a close Indo-Nepalese relationship on commerce and foreign relations was seen as an extension of Indian influence in Nepal; the deployment of an Indian military mission in Nepal China border in the 1950s and unabated migration of millions of Indian into Nepal’s Terai region increased these concerns.

Now slowly but steadily, Nepal and China are cooperating to re-establish and redefine their cooperation in a new order by increased connectivity and trade. Currently, the overland trade between Nepal and Tibet (China)are being conducted through six border points, which have a possibility developing as trade and transit routes between Nepal and Tibet, as follows:

China cited April 2015 earthquake and its security as major causes of the shutdown of the Kodari-Khasa border highway. Then, China opened Rasuwagadi (Kerung) border highway; both are all weather trans Himalayan roads connecting Nepal with China.

The inhabitants of internal borders of both sides are still interdependent on support for their daily necessities, and the primordial barter system of trade is still prevalent between Nepal and Tibet. Edible items like barley, milk products, rice, ﬂour, etc. are being exported to Tibet from Nepal and Nepal imports garments, salt, wool, edible items and electronics from Tibet. There are two trans-Himalayan highway between Nepal and China to provide modern road transport facilities also to the frontier inhabitants. But these highways are not enough to solve the transportation problems of entire borders. Therefore, yaks are being used on a massive scale on trails for transportation of cross-border barter trade. It is interesting to note that people of both the sides walk for many days with yaks across the snowy Himalayan frontiers to transport their items of daily necessities.

China – Nepal relations have seen the maximum growth in the recent times. About half dozen Chinese airlines regularly fly to Nepal. Chinese tourists’ growth rate is highest in Nepal. Nepal gave permission to China to pick the 16 Himalayan districts bordering China to develop as part of poverty alleviation program. Moreover, China Nepal joint military exercise was a new chapter in security cooperation. Those freedom were earlier reserved for India, but now politicians in Kathmandu talk openly about maintaining equidistance between the two big neighbors on such matters. Some opposition leaders in Nepal say that case of Chinese soft power across the Himalayas is exaggerated so much that some international players play power games for the regime and government changes to check China in Nepal.

Chinese plan to extend the Qingzang railway to Nepalese border and its construction will be completed by 2020. It will start from Shigatse in Tibet to Katmandu, Nepal’s capital city. The designed top speed will only be 75mi/h (120km/h) at most, because of the remarkable elevation changes and challenging Himalayan terrain. The construction is scheduled to begin in 2020 and is expected to be done by 2022. After that, it will be extended up to Lumbini, birth place of Lord Buddha, near the border to India.

Once the railroad is put into operation, a quick transfer by Tibet to Katmandu train will be possible, and it will be much safer and cheaper. This will also significantly promote tourism and support trade and transit facility to Nepal. Moreover, Nepal will also get oil through Lhasa – Katmandu Railway
The China policy towards Nepal is stable and free of complications. China deals with Nepal respecting it as a sovereign nation based on equality and non-interference. There are no disputes between two countries. The bilateral relations between Nepal and China have been friendly and defined by Nepal’s policy of balancing the competing influence of China and Nepal’s southern neighbor.