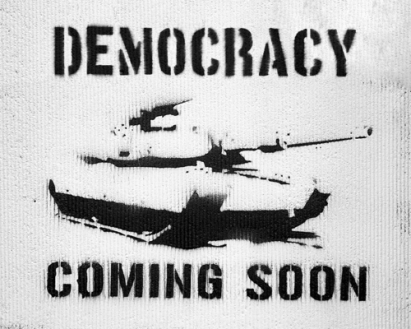 If we look into Myanmar, for example, Aung San Suu Kyi may pretend as an ‘icon’ of democracy, but in reality, what she has established is simply hypocrisy, mixed with uncontrolled rogue governance. Under the fake democracy of Suu Kyi, Myanmar’s natural and mineral resources are already offered to foreign vested groups, ignoring the national interest. In fact, she has transformed Myanmar into a political brothel, where any global power can take undue advantages simply by assuring so-called support to Suu Kyi and her team. By doing so, she is, in reality, putting the very sovereignty of the country into an auction. People may argue with me saying, Myanmar’s military junta had in fact isolated the country from rest of the world. They [military junta] were corrupted and cruel.

Partially true! Myanmar’s military junta l were corrupt and cruel; because they were not purely military rulers. It was a kind of pseudo-military rule combined with socialism, religious extremism [Buddhism] and even so-called democracy. In the end, it turns into a complete mess. Any true military ruler can neither be corrupt nor cruel. Instead, they are core ideologist in upholding sovereignty and dignity of their nation.

Now let me look into Egypt’s Abdel Fatah al Sisi. He may be a cruel ruler but can anyone bring a single corruption allegation against him?

There is a distinctive difference between an army and a politician. No one can question the patriotism of any real military personnel; but patriotism of a politician, unfortunately, can mostly be put in doubt. A military person cannot overtake any country’s rule out of greed or out of over-ambition. A man in uniform remains a man in uniform throughout the life – even after his retirement. To him or her, the only priority is the country. Not anything else. But, when the desire of becoming a politician gets into the mind of any military personnel s/he will automatically turn polluted. They will either indulge in corruption, or nepotism, or mockery, or abuse of the rule of law, or everything combined. Military personnel can never be a good politician. Because politics and defense are different worlds.

The question is – why and when the army should interfere into any country’s governance. They should not; unless the country goes into the wrong hands of corrupt politicians, and country’s sovereignty are put at stake. If any such situation occurs anywhere in the world, the army will have no alternative but to seize power thus save the nation as part of their sacred oath.

If the patriotic army is compelled in seizing power anywhere in the world, they must exhibit total neutrality. And for the sake of nation’s interest, sometimes they need to be cruel to the enemies of the country. They must realize, corrupt politicians, are the major enemies of any country. Accepting this fact, they must deal with this matter militarily. Instead of creating an exit for the corrupt politicians in fleeing the country and seeking asylum aboard – army should put them under trial – for corruption, nepotism, and even treason. And of course, these corrupt politicians must face gallows – not garlands.