The US state department’s annual ‘Country Reports on Human Rights’ systematically lists cases where freedom of the press was endangered by government and non-government actors in India.

New Delhi: In its recent report on the state of human rights in India, the US state department has identified several cases where the freedom of the press was violated – noting that there were instances when the government “pressured or harassed media outlets” that were critical of it.

The report was released on the same day the India-US 2+2 dialogue concluded and US secretary of state Antony Blinken said his country is monitoring an increase in human rights abuses in India by government officials. He made these comments during a joint press conference that was also attended by US defence secretary Lloyd Austin, Indian external affairs minister S. Jaishankar and defence minister Rajnath Singh.

Though Singh and Jaishankar did not rebut Blinken that day, the external affairs minister later said India was concerned about attacks on Indians in the US or on Indian-origin Americans. 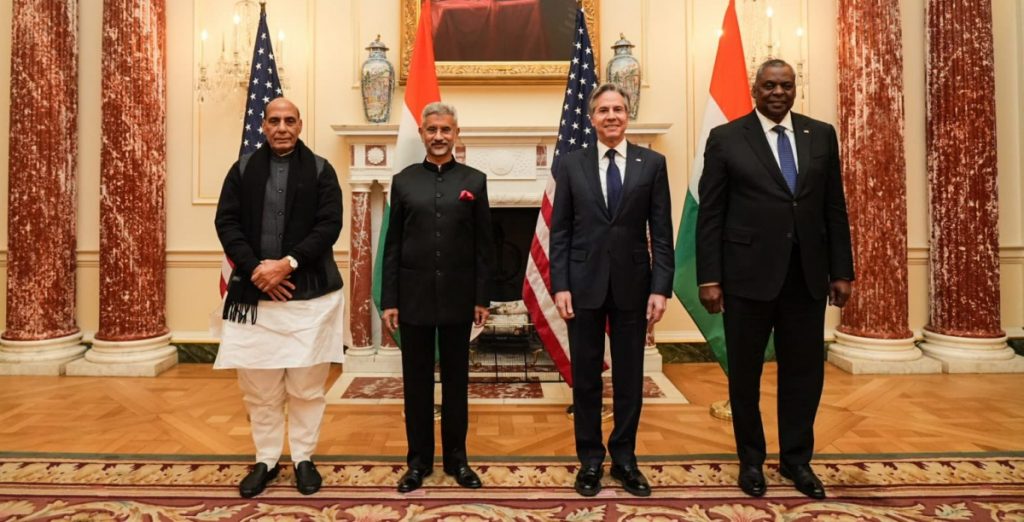 In its 2021 edition of the annual ‘Country Reports on Human Rights’, the US state department records its concerns about violations of individual and civil liberties. The report is filed in accordance with domestic legislation on reporting requirements on monitoring in nations receiving foreign aid. In the India section, one of the largest sections relates to the violation of press freedom and right to expression.

The report systematically lists cases where freedom of the press was endangered by government and non-government actors.

It noted that while freedom of the press was generally respected, “there were instances in which the government or actors considered close to the government allegedly pressured or harassed media outlets critical of the government, including through online trolling”.

The report noted that international watchdogs including Freedom House and Human Rights Watch had also documented a downslide in India’s application of democratic rights for the media and an increase in continuous harassment.

The state department report observed, “Media contacts said that some media outlets practiced self-censorship in response to the government reportedly withholding public-sector advertising from some outlets critical of the government.”

There were also cases, especially in states, of journalists being killed or targeted by vested interests due to their professional work, it says. In June, Shubham Mani Tripathi, a journalist for the newspaper Kampu Mail, was killed by two gunmen in Uttar Pradesh, allegedly for his investigative reports into illegal sand mining. The UNESCO director-general Audrey Azoulay had also taken cognizance and asked authorities to end “gunpoint censorship”.

Among the violations of freedom of expression taken note of in the US report was the arrest of comedian Munawar Faruqui and four other persons for allegedly offending religious sentiments with jokes that he did not deliver but planned to perform.

Last May, Manipuri social activist Erendro Leichombam was arrested for a Facebook post that criticised a BJP leader who advocated cow dung and cow urine as “cures” for COVID-19. He was granted bail after his lawyers went to Supreme Court two months later after he was further detained under the draconian National Security Act.

In July 2021, a Catholic priest, Father George Ponnaiah was arrested for a speech at a prayer meeting for Father Stan Swamy, who died in jail. He was accused of alleged “hate speech against the prime minister and home minister”. He was given conditional bail by the Madras high court. 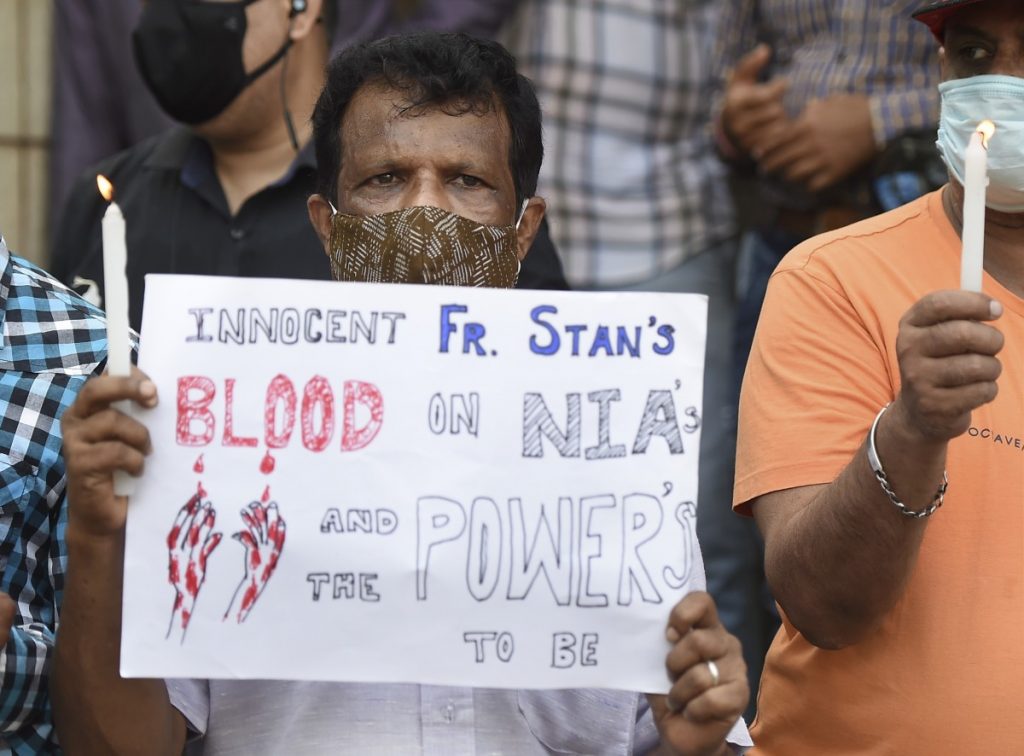 Further, the report listed that government officials at both local and national levels were involved in “intimidating critical media outlets through physical harassment and attacks, pressuring owners, targeting sponsors, encouraging frivolous lawsuits, and in some areas blocking communication services, such as mobile telephones and the internet, and constraining freedom of movement”.

Here, it also noted that the World Press Freedom Index 2021 by Reporters Without Borders described India as “very dangerous for journalists”.

They had been charged with sedition for their coverage of the farmers’ tractor rally on Republic Day (January 26) 2021, when incidents of violence were reported. They were granted relief from arrest by the Supreme Court.

Also at the beginning of 2021, the government notified the IT Rules 2021 that governed social media platforms and streaming services that delivered content directly to consumers. “Human rights advocates and journalists expressed concerns that these rules would curtail freedom of speech and expression, and several media organisations filed legal actions against the regulations,” the US state department report notes.

Media groups argued that IT Rules 2021 were unconstitutional and contrary to the standards of necessity and proportionality laid down by the Supreme Court in the 2018 judgment guaranteeing the right to privacy. The Wire is among organisations that have challenged the rules. The Mumbai high court has ordered a partial stay on provisions of the IT Rules which require digital news websites to establish a three-tier grievance redressal mechanism.

During the COVID-19 pandemic, government authorities targeted media groups for their reports about negative handling, especially during the devastating second wave, the report says. In June, Uttar Pradesh authorities charged Scroll executive editor Supriya Sharma for a news report that was critical of the COVID-19 lockdown in Prime Minister Narendra Modi’s constituency of Varanasi. She was charged under provisions of the SC/ST (Prevention of Atrocities) Act.

Earlier, Uttar Pradesh had filed criminal charges against individuals who posted requests for oxygen on social media. In April, a 26-year-old man was charged with tweeting for attempting to arrange oxygen for his grandfather. The Supreme Court cautioned that states should protect citizens’ right to communicate their grievances regarding the pandemic on social media.

One of the handful of critical voices in Hindi language media was Dainik Bhashkar, India’s second-most read Hindi language newspaper. It had gathered plaudits for its reporting which highlighted the deliberate suppression of death counts during the second wave, including the large number of corpses buried on the shores of the river Ganga.

The Dainik Bhaskar group was raided by the Income Tax department in 32 locations in July last year. “Government sources asserted the raids were a result of alleged tax evasion by the media groups. The media groups claimed the raids were conducted as retaliation for investigative reporting during the second wave of the COVID-19 pandemic,” the report said.