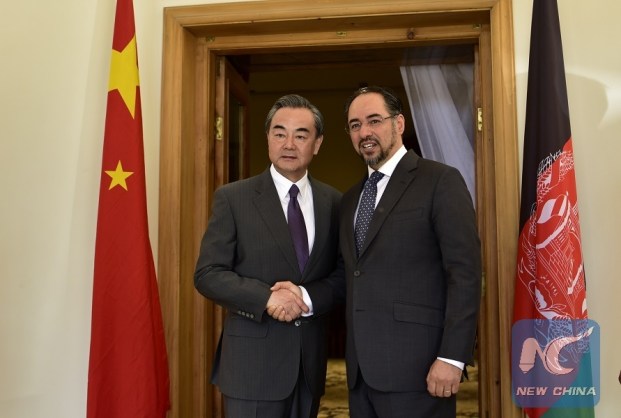 ISLAMABAD, June 25 (Xinhua) — China, Afghanistan and Pakistan are all committed to maintaining regional peace and stability, enhancing regional connectivity and economic cooperation and promoting shared security and development, according to a trilateral joint statement released on Sunday.

It said that both Pakistan and Afghanistan “are willing to improve relations with each other, strengthen political mutual trust, enhance cooperation in various fields including counter-terrorism, and jointly meet security challenges.”

According to the statement, Afghanistan and Pakistan has agreed to establish a crisis management mechanism, which will include prevention through timely and effective intelligence and information sharing and other mutually agreed measures. “This would enable the two sides to maintain timely and effective communications in case of emergencies, including terrorist attacks,” it said. 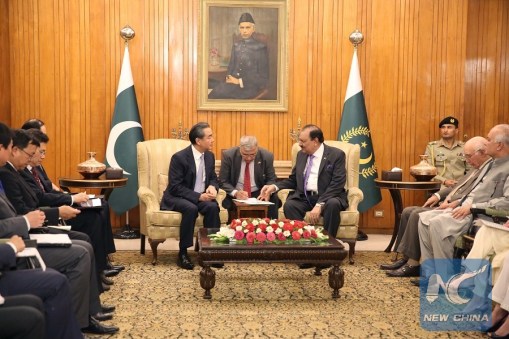 It added that “the three parties believe that the Quadrilateral Coordination Group should be revived to create an enabling environment for peace talks and for Taliban to join the peace talks.”

The statement said the three parties “support the Kabul process and hold the view that the Shanghai Cooperation Organization-Afghanistan Contact Group should be revived as early as possible to play a constructive role in moving forward the Afghan reconciliation process.”

Ahead of his departure from Islamabad, the Chinese foreign minister told a press briefing that his shuttle diplomacy was aimed at mediating between Afghanistan and Pakistan, and help the reconciliation process in Afghanistan.

Wang stressed that China never interferes in other’s internal affairs, never imposes its will on others, nor does it get involved in geopolitical competitions, but China is willing to lend a hand when friends are in need, adding that he had candid and in-depth talks with Afghan and Pakistani leaders and they reached broad consensus.

The Chinese foreign minister said that both Afghanistan and Pakistan had signaled good will to each other as they agreed to establish a crisis management mechanism, which is an important step forward to improve bilateral ties, noting that the next step is to find an effective way to operate the mechanism by the two sides.

Wang said that China is willing to play a constructive role within its capacity to help Afghanistan and Pakistan in improving their relations.