Challenges against Illegitimate Practices in India: An Overview of Women Trafficking 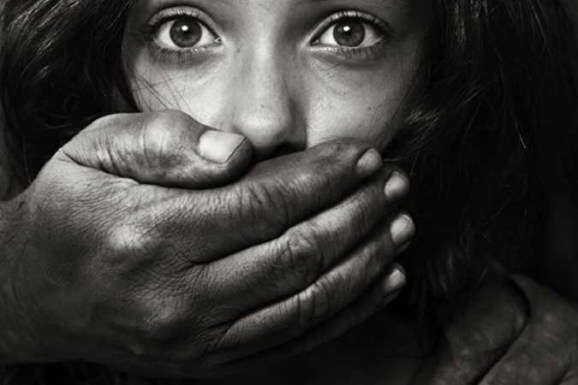 South Asian sub-continent comprises of India, Pakistan, Bangladesh, Nepal, Bhutan, Sri Lanka, and Afghanistan. Among them India has a vast and complex capitalist society. It is the largest democratic state and second largest populous nation in the world with 134 crore populations as on 20th September 2017. In India women contribute nearly 48.66 percent of total population with 65.2 crore (India Population, 2017). Whilst, we recognised Indian women as victim of patriarchal and religious control (Masci, 2004). As latest data released by National Crime Record Bureau (NCRB), the crime rate rose against women from 41.7 percent to 53.9 percent during 2011 and 2015. About 3, 27, 394 cases were reported in 2015 alone including 34, 651 cases of rape, 4,437 cases of attempted rape, 59,277 cases of kidnapping and abductions, 7, 634 cases of deaths due to dowry and a whopping 1,13,403 cases of domestic violence. One notable thing here is a majority of crime against women remains unregistered even in 2017 (Hindustan Times, 15 March 2017).

In this patriarchal society, women always face social, economic and political problems. Albeit, in Pre-Vedic time, women enjoy equal rights, such as personal freedoms, they did not have caste hierarchy too. Although in Adivasi society some groups had specific female role in the households, others groups had priests and community leaders. Many tribes abide by customs of female lineage and residence. While women had inheritance and sexual rights, and they always worked with men outside of home and had the right to divorce and remarry in this period. In addition, in Vedic period, women had equal status with men in all aspect of life. According to ancient Indian grammarian, Pantanjali and Katyayana documented that women were educated in early Vedic age.

In this era, women married when they were matured enough and they also have freedom of choice for their spouse selection like “Gargi and Maitreyi” (Raman 2009). However, during 500 B.C. the status of women drastically decline with the Manuscript, and also due to Islamic invasion of Babur who established the Mughal Empire. Later on Christianity also curtailed women’s freedom and rights. These religious groups also imposed lot of restrictions on the life of women and the practice of child marriage started too (ibid). During medieval period, women faced so many restriction and discriminations such as Sati, Jauhar, Purdah, and Devdasi. In this period, women also face several problems like violation, exploitation and discrimination against themselves, like deprivation of legal and political rights, gender discrimination in education. In this way the most of the northern and southern states of India were influenced by patriarchy and religious doctrines and culture. These religious groups’ emphases on female discrimination and restriction like Sati, Jauhar, etc.

Around 7th century near Delhi, Bana the poet laureate at Harsha’s court in Thaneswer expressed strong disapproval of Sati. Still, widows burning became popular in Rajput society especially after the rise of Pratihara Dynasty in 8th century. Some of the Rajput kings inspired by their Hindu sanskritization, Kshatriya, lineage and Sati mothers they believed that (Sati Mata).  Additionally, after Muslim ruler in north India, Rajput’s adopted the practice of purdah to segregate women, due to common attitude about female chastity. Similarly, in Rajasthan and Gujarat, valiant queens were honoured for mass suicidal conflagrations (Jauhar) after a lost battle. In north Indian states, women sacrifice came to be patronized by Hindu Indian identities due to geopolitical contentions with Muslims and Europeans. During this period Indian state was influenced by classical mergers of Dravidian and Sanskrit societies. The Hindu and Islamic cultures had their own individual and group opinion about women’s bodies as recognized group’s identities. Therefore, in this period, patriarchal and religious believe as well as male spaciousness was major cause behind Sati and Jauhar. Despite Sati, Jauhar, and Purdah female have faced discrimination such as Devdasi (in Sanskrit). ‘Devdasi’ means female servant of god. Dasi means female slave or servant and Dev means god or goddess (Chawla 2002). The medieval traditions adopted a concept of temple deity (Teyvadiyal) in Tamil Nadu. But the term was primarily associated with Goddess Yellamma in Karnataka and Andhra Pradesh. The Tamil bhakti literature informs us that Teyvadiyal or Devdasi performed traditional dance for the shrine either in single or in groups. The origin of Dravidian marked the beginning of Devdasi traditions as it existed in Tamil Nadu and peninsular India. Devdasi was a religious practice in some parts of Indian states in which women were married to deity or temple. After a while such illegitimate practice like sexual exploitations of Devdasi became the norms in some parts of India. These illegal activities are still confiscating in certain parts of South India like Karnataka, Andhra Pradesh and Tamil Nadu. The state of Andhra Pradesh has affected 20 percent dedication of female as Devdasi because there is no male child in the family (Maggie, 2007).

Devdasi is a serious problem which is consequence of social milieu, norms and traditional views where male people were dominating and female citizens are subjugating. According to disarming daughters States Action Aid’s report “Whilst boys are expected to bring wealth for family and girl are seen by ‘money as expenditure’.  In many states dowry and expensive marriage are inevitable outgoing for families with daughters. Daughters are traditionally become parts of another family (Action Aid, 2008).

Consequently, in the same time, so many female freedom fighters emerged such as Kittur Chennamma, Abbaka Rani Kittur, Rani Lakshmi Bai, Begum Hazart Mahal etc. Kittur Chennamma, a queen of the princely states Kittur in Karnataka, who led an armed rebellion against the British in response to the doctrine of lapse. Abbaka Rani was led to defence against invading Europe armies. Rani Lakshmi Bai was led to the rebellion of 1857’s against the British.  And Begum Hazart Mahal, was the co-ruler of Awadh. She refused deals with the British and later retreated to Nepal. They did not follow the evil practice of Purdah, Jauhar and Sati and boldly fight against these illegitimate prevailing practices.

However, after independence the Constitution of India passed so many Acts for protection rights of women. The constitution of India guarantee to all Indian women equality (Article-14), no discrimination by the state (Article-15(1), equality of opportunity (Article-16), equal pay for equal work (Article-39(b). It also encompasses special provision to be made by states in favour of women and children (Article-15(3), renounces practices derogatory to the dignity of women (Article-51(a), and provision to be made by the state for securing just and humane condition of work and for maternity relief (Article-42).

Undoubtedly, Indian Constitution and government protect to all rights and launch many programmes related to women empowerment. But one question arises here why inhumane, illegitimate practice and women exploitation are increasing continuously in this country? Therefore, in order to determine the position of women in India today, it is necessary to first look at the some fundamental changes that have cropped up through the 19th and 20th centuries particularly in the era of liberalization and globalization.

The model of liberalization and globalization leads to decline of rural areas and increased urbanization and international migration within countries and outside the countries. This process has led to break down to all national as well as international borders. Globalization creates an exposure to media, leads to promotion of materialism, exposure to new and foreign cultures through tourism. Moreover these processes also leads to lot of vulnerabilities of women exploitation and trafficking including family homelessness, parental illness, divorce, death of parent and abandonment of the families by the father and so on. Thus, it is noted that women are always subordinate in Indian society from the evidence of a declining sex ratio, lower literacy rates, poor nutrition, women exploitation, like trafficking, domestic violence and so on.

Women trafficking are very crucial problem world-wide. Women trafficking are an illegal movement of women from one place to another place for the purpose of exploitation. In India women trafficking is a fastest growing form of crime against human rights. India is a source, transit as well as destination of women trafficking in South Asia. Internal forced labour may constitute India’s largest trafficking problem. Men, women and children are held in debt bondage and face forced labour working in brick kilns, rice mills, tea industries, agriculture sector and embroidery factories. According to the NGOs estimates, this problem affects 20 to 65 million Indians. Intra state trafficking of women and children for the purpose of commercial sexual exploitation, forced marriage, force labour are holding especially in those areas where demand of girls are high and sex ratio is skewed in fever of men. More than two lac women in all over the world are bought and sold every year with the aim of sexual exploitation and cheap labour (CIA report 2013). Women trafficking originate in source countries with a high incidence of poverty, a low regard for women, few educational and economic opportunities for women, insufficient public awareness about the crime of trafficking and inadequate laws to prosecute traffickers.

In the new world of global era, women have been victimised a new form of violence i.e. women trafficking which led to crime against humanity. Albeit, the Indian government has formulated various policy measures to iron out these illegitimate activities, but due to poverty, illiteracy and some other social curses, still women rights are violating, not only this   women trafficking is still increasing day by day. As there is no shortcut to curb out this problem there should be taken comprehensive and appropriate measures not only by the government but also civil society to run out this social evil from the country to make women empower and protect their rights.