CBI and its Chandigarh Connection; It is time to act now not to transfer the case 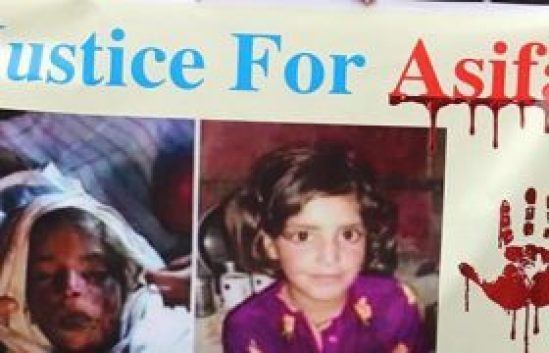 The recent gruesome rape-and-murder case of an 8-year-old girl in Kathua, after twelve years, reminds us of the high-profile sex scandal which shook the state of J&K. The scandal in which one Sabeena Hassan and her husband were allegedly involved surfaced in 2006 then reminds us of the way the case was handled by CBI, the highest investigation agency of India. The accused were charged under various sections of the Ranbir Penal Code including Section 376 for the rape of a 15-year-old girl. The other charges included procurement of girls, intimidation of witnesses and wrongful confinement.

The trial of the 14 accused, after some initial investigation by the state agencies, was shifted from Srinagar and handed over to Chandigarh CBI court on orders of the Supreme Court and for some so-called security issues related to people allegedly involved in the case. This was because the people whose names surfaced in the case were top politicians including Ghulam Ahmad Mir, Raman Matto, and top police officers. Among them were Border Security Force (BSF) DIG SK Padhi and DySp police Mohammad Ashraf Mir and also top IAS officer and former Chief Secretary Iqbal Khanday. These people were allegedly involved in the said scandal, and some of them were even subsequently arrested in connection with the case too. Some others who were involved in the case were VVIP’s, top hoteliers and some guest house owners.

The sad part of the story is that all of them managed to get bail from Chandigarh and subsequently the case was hushed up, and finally, they got acquitted in the case.

Interestingly former chief minister Omar Abdullah’s name also surfaced for his alleged involvement in the case, but it is obvious how difficult it could have been for anyone to frame charges against him.

It is pertinent to mention that it was Forum Against Social Evils (FASE) which exposed the infamous scandal. While the accused of sex scandal roamed free, FASE activists were detained, and some were even slapped with Public Safety Act.

We should know that CBI with Chandigarh connection has a bad track record in the annals of rape-and-murder and other scandals that happened over a period in the state of Jammu and Kashmir. As reported by local daily on 19th of this month, we Kashmiris have at least four other cases in the past about which we have a bitter experience after they were transferred from the state and handed over to CBI, which later disappointed us and failed to deliver us justice:

1) Shopian twin rape-and-murder case: In this case, the CBI gave a clean chit to five police officials who had been indicted by a Special Investigation Team (SIT) of the police that had probed the case earlier. This happened despite the fact that the Justice (retd.) Jan Commision, which conducted a parallel inquiry, had also held that the victims had been raped and murdered.

2) Pathribal fake encounter killings: In 2003, the CBI took over the investigation into the killing of five civilians by the army in a staged gunfight. In its charge sheet, the CBI indicted personnel of 7 Rashtriya Rifles camped at Shangus. However, the case ended up in disappointment when, on 29 June 2012 after being opted by the army, the Chief Judicial Magistrate Srinagar (the designated CBI court) transferred the whole record of Pathribal case to the army for initiating proceedings against the accused under the Army Act. On 23 January 2014, the army closed the case saying the evidence recorded couldn’t establish a prima facie case against any of the accused.

3) Killing of 4 IAF officers in 1990: The CBI also probed killing of the four Indian Air Force personnel on the outskirts of Srinagar on 25 January 1990. The case is yet with the CBI, waiting for its end to come.

4) Mehran Lateef case: The CBI on 6 February 2014 took over the investigation of the case of three-year-old Mehran Lateef Mir from Habbakadal who went missing on 13 May 2008 when he had gone to buy sweets from a nearby shop. Later, the case was closed as ‘untraced.’

Now when the Supreme Court has stayed the Kathua trial till May 7 and asked the accused to respond to the plea for the transfer of trial to Chandigarh, there are growing apprehensions about the fairness of the case. People fear that the case if transferred, may meet the similar fate as that of the above-mentioned cases. They think that when the accused stand identified, rape-and-murder confirmed by forensic tests and charge sheet produced before the court, there is no need either for CBI inquiry or the transfer of the case from the state. The sole thing for the court to do now is to ensure that the perpetrators should be given an exemplary punishment.

We, as a nation, can bear everything except unlearning our past experiences as living with the memory of our experiences and betrayals is the only remaining tool to fight against these odd situations in the given circumstances.

Let us hope that the people in the corridors of power will act swiftly to facilitate the time-bound justice of the case through a fast track court to translate their words into action and to reclaim the lost trust of the masses in the judicial system. The demand of the hour is not to ‘transfer’ the case but to ‘act’ in the case to set an example at the earliest for the greater good of society.