Building a Culture of Peace in Pakistan 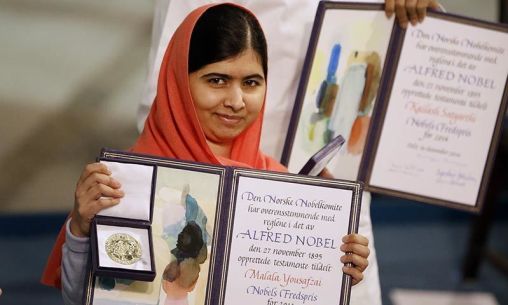 If a child being admitted in kindergarten and learn ‘another way of fighting.’ From first day of school he experiences an atmosphere in which differences are appreciated and accepted, and where peaceful conflict resolution is the norm. By the time that student reaches fifth grade, he will be selected as mediator by peers to settle disputes in class. Eventually this young person will have courage to be a hero for justice and peace for the rest of his life, whether he becomes a common man or a leader. This is the imagined scenario of a culture of peace, but unfortunately at present this culture of peace does not exist in most parts of the world. Because governments and militant groups which are fighting against governments, use ‘law of force instead of using force of law’ which gave nothing but the destruction and continues cycles of revenge.

As culture of peace helps people to practice tol­erance and live together in peace with one another  and to unite their strength to maintain international peace and security, and to ensure, by the acceptance of principles and the institution of methods, that armed force shall not be used and to employ international machinery for the promotion of peace. The transformation from a culture of war to a culture of peace represents a radical and historical change because everyone from the centers of power to the most remote villages may be engaged and transformed. A culture of peace is both a vision and a process; it needs a visionary leadership to make it happen. It needs clear understanding and strong dedication to build a culture of peace so that future generations would know that what is peace and how to solve conflicts peacefully both at domestic level as well as at international level.

On the other hand violence either it is in home or due to any armed conflict has drastic effects on children. Violence does not only affect physically but it has strong psychological impacts in later life.  Whatever the type of violence children are the most affected population but are always neglected.  Policy makers of our country should understand that children are our future they are the agents of change and facilitators of peace. To initiate this process, we can start it from our schools, the very basic level. Parents and educators have the power to foster principles and strategies of peace building in every child and to help them to build a more peaceful world. The children, who learn peace principles, would grown up to be the policy makers and leaders of this world, and if they are taught to think about peace at a young age they might take decisions that will lead to a more peaceful world. If we begin to teach peace education from an early age, these principles of peace become the part of their development, which they will carry with them as adults when they become the new global leaders and even if they are common people they will able to build more peaceful societies.  It is time to give our children a better and peaceful world to live, rather than a blood-drenched world with full of conflicts. Most of the time people said that a culture of peace cannot be developed in the world because conflicts are inevitable, yes, it is true but we can constructively deal with these conflicts with the help of preventive tools to turn back the tide of bigotry and violence.

The best way to foster the values of peace is through education at every level. Although education about peace is present in teaching of all the religions of the world but unfortunately most of followers of all religions do not give importance to it. Peace education as a significant field of education was accepted by all over the world in the last decades of twentieth century. But due to over negligence and false policies of different governments in Pakistan our education system remains far behind from other countries. Today Pakistan has faces an educational crisis of unthinkable proportions. Despite addressing these issues, different governments tried to instill their own vision in school text books. There are lot of examples that how our school’s curriculum especially of government schools based on governments policies, which foster nothing other than differences and intolerance. Poverty, lack of resources and trained teachers are other big issues. Education about peace principles and practices is necessary in our schools because in War on Terror Pakistan is front line country and our children are continuously suffering from it i.e. Taliban insurgency, military operations and displacements. There is an increase in level of intolerance and extremism in our youth. Therefore, it is the best time to address these issues to develop a culture of peace in our country.

In school’s children, had been taught Math’s, English, Science and other subjects of study but it has not been told to them that how to live peacefully while accepting and understanding the other’s point of view. If children learn that how to share their things in classrooms, it helps them to learn the sharing of world resources, they learn that how to accept others despite of their different beliefs and how to respect one another especially respect for women and children  and how to reason and debate instead of starting physical violence. Peace education should be accepted in all parts of the world, in all communities and states as an essential element for creating a culture of peace in the world. Children must learn a different type of education that does not only glorify war but promote peace and international cooperation, which helps them to meet effectively with the future challenges. They need to learn the values and skills of peace, non-violence and to create a peaceful environment not only for their own selves but for the world they belong to.